1959
At 17, David sells his first piece, a sculpture of a hand, to a fellow student in the cafeteria at Great Neck High School in Great Neck,... 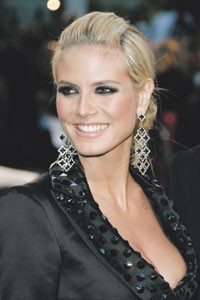 1959
At 17, David sells his first piece, a sculpture of a hand, to a fellow student in the cafeteria at Great Neck High School in Great Neck, N.Y.

1964
Back in New York, David takes an apprenticeship under sculptor Jacques Lipschitz.

1980
David Yurman, the company and brand, is established.

1981
David receives the Designer of the Year award from the Cultured Pearl Associations of America and Japan for a necklace of free-form pearls, spaced and clasped by amethyst cabochons.

1983
David receives the Intergold Award for a 14-karat gold and diamond wire necklace and matching bracelet.

1998
Lynn Redgrave wears David Yurman earrings to the Golden Globes, where she wins Best Supporting Actress for her role in “Gods and Monsters.”

1999
The first David Yurman store opens at 729 Madison Avenue in Manhattan. That same year, David designs the first Angel Pin, inspired by one of his sculptures from the Seventies. Sales from the pin raise more than $250,000 for Project ALS through a partnership with Saks Fifth Avenue.

2000
In October, David presents Elton John with the David Yurman Humanitarian Award at the 2000 GQ Men of the Year Awards.