A quartet of new board members — Virgil, Maria, Kerby, Carly — reflects the CFDA's focus on diversity under Ford.

Now, approaching his first runway season as CFDA chairman, Tom Ford is shaking things up in other ways as well. The bullet points:

1. He has appointed four new members to the board, and, to make room, rotated four others to “emeritus status.” (That’s really a thing.)

2. He plans to change the CFDA’s yearlong calendar, “streamlining” the numerous small events it holds throughout the year into two conferences, one each in New York and L.A.

3. He is establishing an advisory board of non-designer industry people. 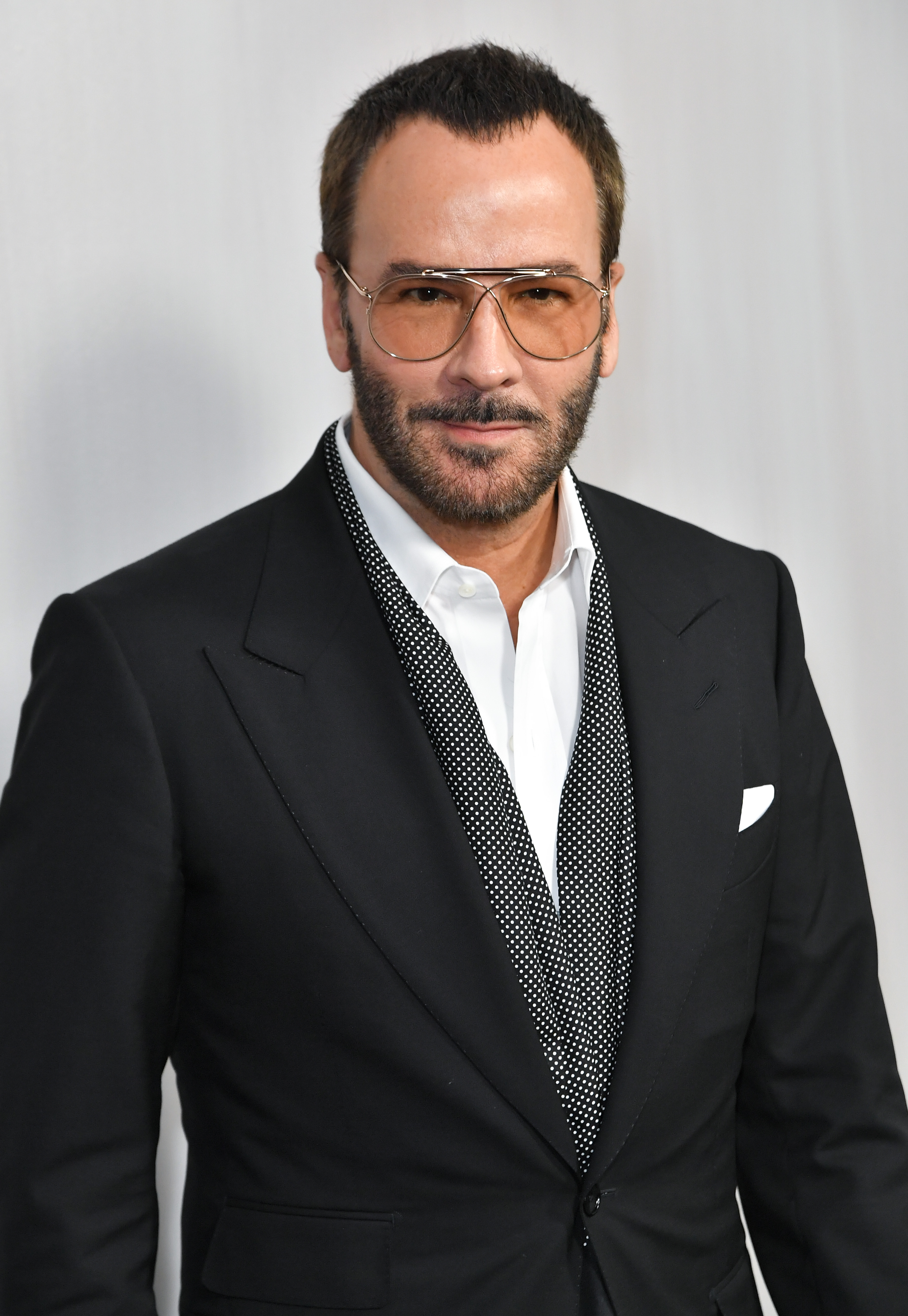 In a conversation last week, Ford, who was elected chairman of the organization last March, discussed these measures. Top of the list, the new arrivals to the board: Virgil Abloh, Maria Cornejo, Carly Cushnie and Kerby Jean-Raymond. They assume seats opened up by the shifts to non-voting emeritus status (read: exits) of Kara Ross, Georgina Chapman, Marcus Wainwright and Mimi So. Ford said the four were informed of their status change via letters early last month, and they responded positively. He expects to call on all four for their opinions from time to time.

“I’m rearranging the board so that it is more diverse in age and more diverse in every way,” Ford said. He called it a necessary move for which he found plenty of support on the board. Intent on doing more listening than talking at his first meeting as chairman, he went around the room and asked each member what he or she thought worked and what didn’t at the CFDA. “Lots of people voiced a concern that the board, and the CFDA, was not diverse enough,” and should more accurately reflect the changing industry and greater culture, he said.

While CFDA bylaws allow for a board of up to 27 members, so robust a group can prove unwieldy for getting things done, and in recent years, leadership has held the number to about 20. That declined to 19 in June when Deborah Lloyd resigned in advance of her move to London. Still, Ford’s additions called for a game plan to keep the headcount in check. “I sat down with Steven [Kolb, chief executive officer of the CFDA] and a couple of other people,” Ford said. “We talked about how many slots we need to free up to make it more diverse, and what sort of diversity was missing. If we wanted to bring these people in, where is there an overlap of voice, meaning people with the same types of collections or of the same age? So that’s how that was decided.” 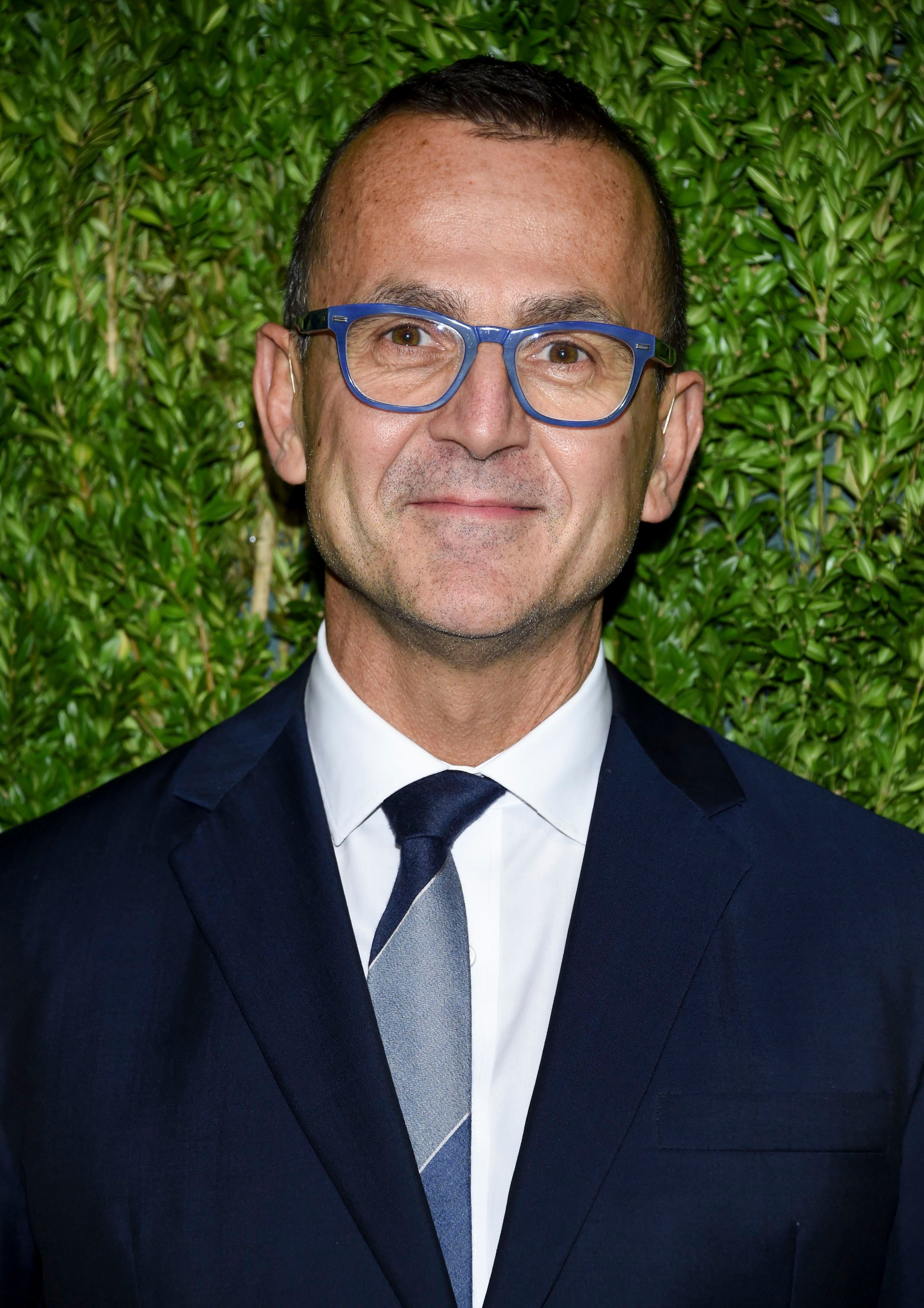 The board was established in 1962 by CFDA founder and legendary public relations maven Eleanor Lambert. Today, parameters for membership seem fairly fluid. According to Kolb, the make-up is reconsidered each year, with existing and potential members asked to express interest. “Typically, this is reviewed by the nominating committee, which consists of the chairman and officers of the board. However, the chairman has the discretion to recommend candidates to the board. New board members must be approved by the majority of the board,” said Kolb.

The recommended term is six years, with the option to renew for multiple terms, Kolb noted, adding that “tenure is influenced by level of participation.” The quartet most recently rotated to emeritus status all served at least six years with the exception of Chapman, who joined in 2014. With the new appointments, 12 current board members have joined since 2000, eight in the last five years. The longest-tenured members — Ralph Lauren and Stan Herman, whom Ford just appointed treasurer —  have held their seats since 1971.

Two of those now exiting, Ross and Chapman, take considerable baggage out the door with them. Ross’ role within the CFDA came under fire last month in light of the fundraiser her billionaire developer husband, Stephen Ross, hosted for President Donald Trump’s reelection — not a soirée that sat well with much of the CFDA’s left-leaning population. Chapman was married to Harvey Weinstein, whose money and Hollywood clout were instrumental in launching her Marchesa business. While Ford didn’t specifically address the thinking behind the Chapman decision, he vociferously rejected the notion that the Ross move had anything to do with political ideology.

“Kara is going to be leaving the board. However, this has absolutely nothing to do with her political views or her [husband’s] fundraiser for Trump,” he insisted. “This was planned months ago when I decided to work with Steven and everyone at the CFDA to broaden the board.

“I mean, this country is about freedom of speech; it’s about freedom of political view. As you know, there were so many calls for people within the industry for us to remove her from the board, which is totally wrong. It is not democratic, it is not what this country is about. To have done that would have been the same kind of censorship that our current administration tries to do with the press — tries to manipulate, in a sense, real freedom of speech. We never do that, and that is not at all what this was.”

On the point of free speech within the CFDA, Ford has a strong message: Use it or, maybe, lose it. “People should contribute, or what’s the point?” he opined, adding that he expects board members to attend and speak up in meetings. As for the general membership, he feels particularly strongly about voter turnout for the CFDA Awards, which is apparently wanting. “If you’re not going to participate, why should you be a member?” he queried.

Ford may institute — sooner rather than later — an idea co-opted from his memberships in BAFTA (the British Academy of Film and Television Arts) and “the Academy” (that’s the Oscar voting block to you and me): Vote or you’re out. Which raises the age-old philosophical question of whether a no-vote is preferable to an uninformed one. To that, he proffered a third option, the one allowed by the two entertainment entities: “You can abstain. You have to either vote or abstain or you’re out.” He has already floated the idea to the board, and intends to make it a priority. “I’ll certainly be taking it on within the next year,” he said.

Already underway: Consolidating into two semiannual sessions the numerous conversations, talks and seminars the CFDA holds throughout the year; Ford gave a ballpark number of 24. “We will still obviously have a CFDA support staff that can help members if they have particular questions regarding a certain subject, or they need help in a certain thing,” he said. “But we won’t be doing those public CFDA events throughout the year. We’ll be condensing them.”

Ford cited a twofold purpose: to better serve members by creating agendas featuring meaningful content that’s ultimately more accessible within a consolidated time frame, and to up the profile of CFDA activity. “It enables us to become more important,” he observed. “It enables you to get better speakers. It focuses everyone. [The press] can’t write about what the CFDA is doing every two weeks but you can, twice a year, focus on, ‘what’s happened since the last time the CFDA met? Where is it going?’ That’s part of this process of streamlining.”

While the CFDA membership is the primary audience, Ford said he hadn’t thought about opening attendance to others, but will consider it. If it sounds as if the CFDA is entering the already overcrowded and frenetic events/conference space, he neither rejected the characterization nor expressed concern over getting lost amidst the competition. “Yes, everything is becoming conference-centric, but I think it’s the only way to focus,” he said.

The first such event will be in New York in March or April and the second, in Los Angeles, probably in October 2020. The latter will likely be deemed by the industry’s West Coast-based contingent as long-overdue recognition of its importance; it will surely play to the essential fashion-entertainment symbiosis. To illustrate that connectivity, Ford referenced his work neighbors. “I’m sitting right here in my office,” he noted. “If I bashed through one wall, I crash right into Hedi [Slimane’s] office. And then, bust through the other wall, I crash right into Drake’s.”

As for Ford’s first matter of business upon taking the CFDA reins — the condensed spring 2020 show schedule that gets underway on Friday evening — he’s pleased with this initial effort. He said he’s heard no complaints and looks forward to hosting a dinner on Friday night at Indochine that will bring together 47 young designers with international journalists and some U.S. press. As for whether many internationals who’d given up on NYFW will return this time out, Ford expects a gradual process. “I don’t think things happen that fast, but I think some are coming that might not have come. I think this will build. I hope,” he said.

One unexpected complication: IMG’s NYFW: The Shows lineup, separate from but overlapping the CFDA schedule, which begins on Wednesday morning, jumpstarting the CFDA’s official schedule by two days. “This was new to me,” Ford said of the extent of those shows deemed by the CFDA as “off-calendar.”” I’m like, ‘IMG — who? What? Well, I’m glad to know this because I will have to take them on next season…But yes, the point of trying to do five days is trying to do five days.”

Finally, Ford has assembled an advisory board of non-designers who work in fashion and related fields, the point to foster non-insular dialogue. The committee consists of The Estée Lauder Cos.’ John Demsey; CAA’s Bryan Lourd, Barneys New York ceo Daniella Vitale, modeling industry pioneer Bethann Hardison, celebrity stylist Elizabeth Saltzman, and from the press, Elle’s Nina Garcia, Vogue’s Virginia Smith, GQ’s Will Welch and myself. “I wanted to cover the range of voices [entertainment, retail, press] that I need to hear. I should have somebody from music, but I just didn’t want to have more than eight people,” Ford said.

If it all seems like a good deal of activity in a short period of time, Ford is embracing the challenge and enjoying it, while admitting it’s quite different than he’d expected when he said “yes.” “I thought I was going to be the face of and a figurehead for,” he said. “I didn’t really realize that there were political issues, controversial issues. I should have known better. And I know myself; I don’t ever do anything halfway. I can’t, it’s not in my nature. I should have realized, ‘OK, this isn’t going to be just a sort of part-time, nothing thing. I’m going to really get involved.’ Yes, I should have known that.”

Still, he has managed to integrate the workload fairly seamlessly. So where does he find the time? “It comes from the same place everything does,” Ford mused. “I’m lying in the bathtub and I think, ‘Oh, God,’ and I write a little note, and then I send an e-mail, and then I get on the phone. I mean, you just make the time.”

Why not, when the task so perfectly suits your Type A personality? “I like building things, I like making things,” Ford self-assessed. “I like analyzing things and seeing where they can be streamlined or how they can be made better, or what they’re not addressing and then doing it. I enjoy that. Building houses, building a business, making something work better.”

What Should Tom Ford’s Top Priorities Be at the CFDA?