NEW YORK — Will Tommy Bahama, one of the nation’s hottest apparel brands, soon be sold?

As always, it depends on the price. But the privately owned brand, which is particularly strong in men’s wear, has been seeking a deal for... 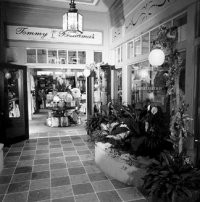 NEW YORK — Will Tommy Bahama, one of the nation’s hottest apparel brands, soon be sold?

As always, it depends on the price. But the privately owned brand, which is particularly strong in men’s wear, has been seeking a deal for some time. The company on Thursday downplayed reports that an investment group had progressed to the due diligence phase.

“That would be great news, wouldn’t it?” said Tony Margolis, one of the owners and founders of the 10-year-old sportswear firm. “Actually, I am not aware any transaction is imminent. We’ve talked to a dozen people over the last couple of years to no avail, other than Saunders Karp & Megure,” a private equity firm that took a minority stake in the business about 2 1/2 years ago. The deal was brokered by Financo Inc.

“We do have conversations [with potential buyers] to invest or buy, or take our company public, but there is nothing to announce or to justify a conversation,” Margolis said. “People come to us, some go away immediately because we don’t like the feel, others seem symbiotic and interesting. But everything, with the exception of Saunders Karp & Megure, has amounted to nothing. We have conversations every week. We are always willing to talk to people who have great ideas. We don’t turn people away.”

One source said Rob Bernard, who was once president of J.Crew and Limited Stores, and held top jobs at Liz Claiborne and Macy’s West, was part of a group, including UBS PaineWebber, considering an offer. Asked about that, Margolis replied: “That’s not accurate.”

Tommy Bahama would attract a lot of interest. Estimated sales are around $350 million, and there’s much growth potential on the wholesale and retail sides. Assuming the brand carries a high offering price, only a handful of major apparel firms, such as Liz Claiborne, Jones New York, VF or Kellwood, could afford it. Financial investment groups, such as Texas Pacific Group, are another possibility, though TPG usually pursues turnaround situations.

Tommy Bahama’s Hawaiian-tropical looks are sold at better stores, and widely knocked off. The Island Traders goods stocked at Sam’s Club have a similar look. So does sportswear by Caribbean Joe, which sells to moderate department stores. The collection comprises men’s and women’s sportswear and accessories, swimwear, footwear and accessories for the home. Tommy Bahama also has about 30 of its own stores, referred to as emporiums. Some have restaurants, though all stores have the beach resort ambience, with soft music, ceiling fans, floral patterns, rattan props and rich colors.

The company has headquarters in New York and Seattle, and owns Indigo Palms, a Seattle-based men’s denim line planning to launch a women’s collection for spring 2004. In addition to Margolis, Lucio Dalla Gasperina and Bob Emfield are founders. They plan to open about 10 stores in each of the next five years, with an ultimate goal of 100 units.

“It is a hot company,” said one retail chief executive officer. “I know they are looking to sell it.”