Toning Up at the Super Show

The sporting goods industry is slowly getting back in shape following a sluggish decade, Orlando Super Show attendees contended. 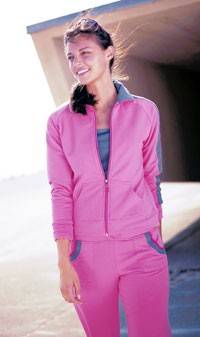 ORLANDO, Fla. — The sporting goods industry is slowly getting back in shape after a sluggish decade because of the growth of fitness apparel and the desire of millions of Americans to shed weight.

After years of stagnation, 2004 showed improvement for athletic firms. Manufacturers’ shipments of sporting goods — including equipment, apparel and footwear — grew 4 percent to about $52.1 billion in wholesale dollars, the largest gain since 1997, according to the Sporting Goods Manufacturers Association. Apparel, which gained 5.4. percent, outpaced the industry as a whole, with performancewear and innovative fabrics driving sales.

That set the tone at The Super Show, which ended its three-day run Jan. 19 at the Orange County Convention Center here. The resurgence is also the reason the Miami-based SGMA, which sponsors Super Show, is moving to Washington, D.C., this year to launch an effort to get consumers as interested in sports and fitness as they are in iPods and cell phones. (See related story.)

With about 700 exhibitors of sports equipment, apparel and footwear, the Super Show has shrunk in recent years. SGMA officials did not release attendance figures, but acknowledged a steady decline in traffic.

The show had its first edition in Atlanta in 1986 and in its heyday in the mid-Nineties drew as many as 120,000 buyers. But around 1999, when big footwear companies, including Nike and Reebok, pulled out, the show lost momentum. This was compounded by a decline in demand for athletic shoes, consumers’ fascination with electronics, competition from other trade shows and a poor economy. After three years in Las Vegas, the Super Show moved to Orlando in 2004.

An SGMA spokesman said the organization is in discussions to bring back the large companies and build apparel, which will attract more buyers from more channels. Apparel exhibitors said the show has become more of a networking opportunity than a sales generator.

She said the women’s business increased 22 percent in 2004, as the line expanded product, with more specific sizing options, especially in sports bras, designed to attract a broader consumer base to fitness.

Fitness for the everyday consumer is a great untapped growth source, said Tom Cove, the new president of SGMA, who will officially succeed John Riddle in February. Speaking at a state-of-the-industry luncheon at the show, Cove said the sector had yet to mine the potential of recent guidelines issued by the U.S. Department of Heath and Human Resources that expand suggested daily exercise regimens.

“We have serious problems, but we’re also at a unique moment in time for opportunity,” he said.

On the positive note, Cove said apparel prices and average unit sales have crept up, driven by performance fabrics, reversing long-term declines. Retail consolidation will continue to challenge manufacturers, with bigger retailers looking to build margins through growing private label programs, creating a climate where only the biggest or most innovative suppliers can compete. In addition, the growth of Asian imports, with quotas gone, has yet to be fully assessed.

“Vendor consolidation is only in the first inning,” said Richard Heckmann, chairman and chief executive officer of K2 Inc., the equipment and accessories supplier headquartered in Vashon, Wash., which has grown through acquisitions in recent years. As a panelist at the state-of-the-industry event, Heckmann said further consolidation is inevitable, but not without opportunity.

“Wall Street loves scale,” Heckmann said. “As retailers continue to consolidate, suppliers will, too. But scale slows you down and retailers aren’t new product innovators, so there’s room for small, innovative manufacturers, such as Under Armour.”

Under Armour, the Baltimore-based performance apparel manufacturer, has grown sales 40 to 60 percent each year since coming into the market eight years ago, with more than $200 million in volume in 2004. Kevin Plank, president and founder, who also spoke at the event, said building brand equity is key, especially as retailers are buying deeper in proven brands, rather than widening vendor assortments.

Doug Morton, chairman and ceo of The Sports Authority, agreed that consolidation is “changing the dynamics between retailers and manufacturers,” making key brands, including Nike, Adidas, Reebok and Under Armour, more important. Sports Authority will have about 405 stores by the end of 2005, he said.

“We’re focusing on brands not available in mass channels,” Morton said in an interview after his presentation.

In the fourth quarter, apparel increased 5 to 6 percent, compared with a 2 percent decrease in total store sales. Women’s apparel has had a “spectacular rate of growth this year,” driven by performance fabrics and fashion. Sales for Under Armour’s women’s product are up 70 to 80 percent each month, and are “driving average retail prices up,” Morton said.

With a $120 million advertising budget for 2005, Sports Authority will pursue the 13- to 20-year-old market, through  nontraditional methods, such as 2 a.m. advertising spots on MTV, and will integrate its Web site with all areas of business.

“Our challenge is to keep this next generation involved in sports,” he said.

Women and younger consumers are also big targets for The Finish Line, an Indianapolis-based footwear and apparel chain with 598 stores. With a contingent of five people, including top management and buyers, Tim Geis, senior vice president, general merchandise manager, attended the show to network with manufacturers, see licensed product vendors and look for suppliers.

While not a focus at the Super Show, women’s apparel, now at 20 percent of total apparel sales, is expanding, with more product and higher dollar volume, said Geis. For the 13- to 15-year-old girl, The Maddie Collection, a footwear, apparel and accessories line produced by Nike and exclusive to The Finish Line, launches this month. Private Label, now 40 percent of apparel, is also growing, especially in core product such as shirts, sports bras, outerwear and fleece. Licensed product, at 50 percent of apparel sales, is another growth area, especially fan-based team apparel with fashion direction for women.

Licensed product in general is making a comeback, people at the show said, with growth opportunities in women’s. NBA For Her, produced by Reebok, launched two years ago and has grown sales 30 percent at the NBA store in Manhattan, which is considered a barometer of wholesale sales. The expanded line for fall includes baby T-shirts, shorts and more colors and fashion details.

“Licensed product, which peaked in the mid-Nineties, then lost ground to lines such as Fubu, is again on an upswing, fueled by new teams and players, such as LeBron James, and popularity of the retro jersey trend,” said a spokesman for National Basketball Association Entertainment, based in New York.

Among other exhibitors, New Balance, the Boston-based footwear and apparel line, is expanding apparel from under 10 percent to 20 percent over the next three years. For women’s apparel, at 45 percent of total apparel sales, design is now in-house. New Balance is looking to integrate technology, fit and performance into a consistent brand message that will make women more willing to pay higher prices for fitness apparel. While running has been its core sport, the company added tennis apparel 18 months ago.

Leslie Marcum, pro shop manager of the Sandestin Golf & Beach Resort in Sandestin, Fla., bought tennis apparel, shoes and accessories, and previewed fitness apparel for planned expansion into the category next year. With an open-to-buy up 15 percent, she bought A-line skirts and a variety of new silhouettes, concentrating on color palettes and details such as piping, along with performance features.