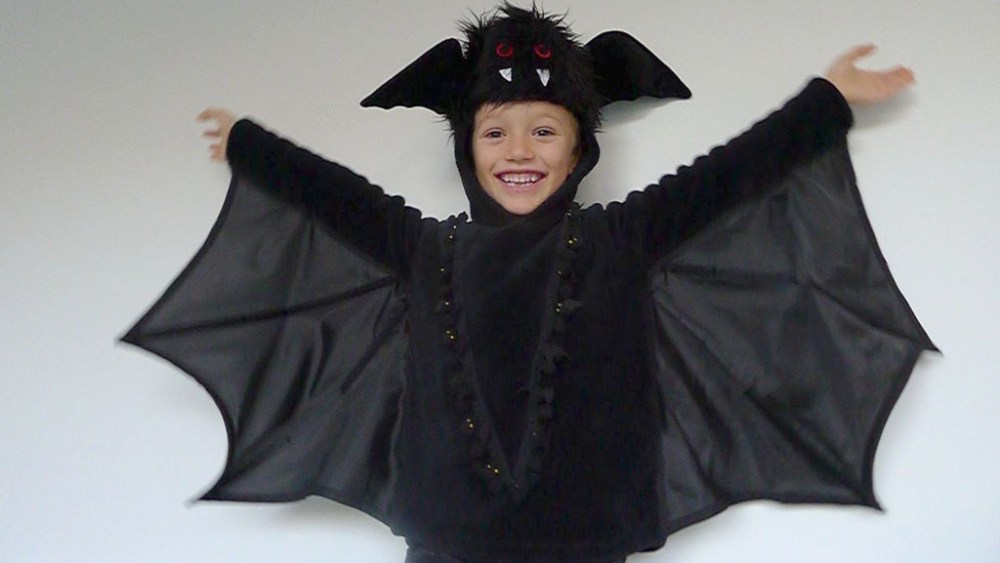 Crazed as their multibrand lives are, these designers aren’t about to miss out on what might be their favorite assignment of the year: designing their children’s Halloween costumes. While Kelly Wearstler prefers to style her sons’ costumes, others, like Tina Lutz — whose son Lou decides on next year’s costume every Nov. 1 — go the extra mile to ensure the finished product is just so. “This year Lou and I went fabric shopping together,” Lutz said. “I showed him a few things and he would say, ‘No, I don’t like that.’”

More on the genesis of this year’s costume: “Lou wanted to be a bat this year. He was very particular. I was kind of impressed. He wanted a fuzzy hoodie with wings attached underneath, a hat with bat ears sticking out and a V-neck with mini bats to make it look more like a superhero. For the wings to bend, we wound up using a mixture of straws and electrical wire. The orange spider costume I made for him a few years ago is in the toy bin he plays with when kids come over. I’m sure the bat costume will wind up there too.”

If you’re a designer and you have a kid, it’s inevitable that “Halloween costume maker” becomes part of your CV. Such is the case for Nanette Lepore, who has whipped up ensembles for her 13-year-old daughter, Violet Savage, for more than a decade. This year she wanted to be a fairy. That morphed into a swan. “We found the antique headpiece at a flea market in Miami,” says Lepore. “She thought the wings made her look like an angel. Her father decided if we cut them in half, that would make her look like a swan.”

“This year I had an epiphany. I realized that my best friend is now a glue gun — no sewing machine this time around. It is a lot of work making costumes for three boys. Liam wants to be a parrot, Casper a puppy, and I made Harry the cutest clown costume out of coffee filters.” — Jessie Randall, Loeffler Randall

“Sienna is kind of obsessed with ‘Bye Bye Birdie.’ When she found out it was based on Elvis Presley, she wanted to be him. She always makes interesting choices. She wanted Josh to be a corrections officer, and me to be Dorothy. She is getting her wish. We bought her costume from the Chasing Fireflies catalogue, but I fit it. We had to cut the belt down, fix the chains and redo the Velcro.” — Shoshanna Gruss

“My favorite holidays are Christmas, Halloween and Valentine’s Day — in that order. This year [granddaughters] Layla will be Bat Girl and Ella will be Dorothy. I don’t really design their costumes, but I try to add a little pouf-pouf here and there!” — Betsey Johnson

“When I was a kid, my mom always made our Halloween costumes, and she was very clever about recycling. My Peter Pan one year became my brother’s Robin Hood the next. I always make my kids’ costumes, and in the tradition of my mom’s recycling, last year’s kangaroo has become this year’s puppy — removed the pouch, made the tail smaller, new mask!” — Cynthia Rowley

“My older son, Aren, is going to be a wizard. His favorite color is purple so his costumes are always purple. Last year he was a bunch of grapes. This year we used lots of glitter, and he is even painting his nails purple. My younger son, Khoren, will be a bluebird. His favorite color is blue and he’s studying birds in school. I cut out the felt and I give them the glitter. It’s like a group project. It looks like they made it mostly and I just assist. But they get really excited. Aren asked the other day, ‘Can you come home early from work so we can work on my costume?’ It’s all part of being a family.” — Araks Yeramyan, Araks

“The boys have known for weeks what they wanted to dress up as this year. For Elliott’s zombie costume, I found a kids’ tux and shredded it. His mask came from a costume store. For Oliver’s punk rock costume, I painted HARD CORE on an American Apparel tee, found the stud accessories online and paired it with skinny, acid-washed jeans and a leather biker jacket.” — Kelly Wearstler