Verber’s Vision: Appealing to a Local — and Worldly — Clientele

As vice-president of Mercury Group and Tsum's fashion director, Verber has reeled more than 800 brands into the 750,000-square-foot store.

Alla Verber has been cutting deals at Tsum for as long as she can remember: Like so many Russians during the Soviet era, she knew there was one way to get the things she wanted or needed, and that was with blat, a system of black market deals, quiet, informal negotiations or exchanges. Whether it was a pair of shoes, a banana or theater tickets, blat made it all possible.

“When I was growing up, it was difficult to buy something good because everything was under the table. In the Soviet times, you walked in Tsum and everything was there. The shoes you saw were probably Russian-made and very ugly, and if you wanted to have something good, you had to go to the director of the store, you had to have some blat, to know someone,” said Verber over tea and a crab and quinoa salad at the Hotel de Crillon in Paris, a late lunch squeezed between multiple December buying appointments.

“You could not just walk in and say, ‘These shoes are wonderful. I have money, I will buy them.’ You had to say: ‘Can I please, please have those shoes?’ The salesperson would take them from under the table and say: ‘I have these shoes, only for you. They cost 60 roubles,’ and then you would give her another 10 roubles as a tip.” 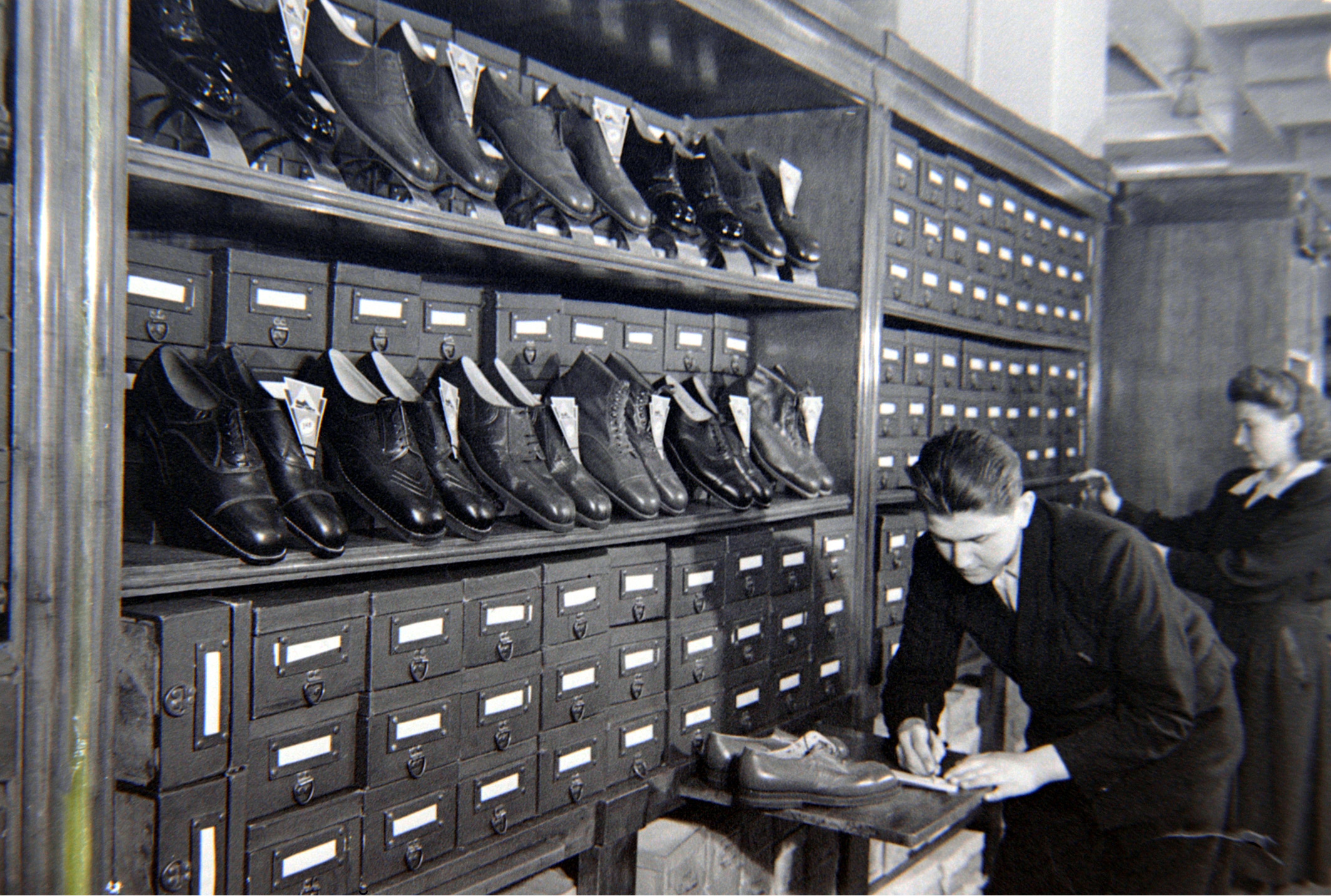 Once it was purchased, the pair had to last: Verber said Russians had one pair of shoes, one pair of boots when she was growing up. “I always say that nobody in our country knew what size shoes they had. They would buy whatever they could.”

Even in the era of scarcity, fashion was a compulsion for Verber, who’s wrapped up on this day in cinnamon Loro Piana cashmere and dark fur, chunky diamonds and a floppy burgundy felt hat. When she wasn’t bargaining for shoes, she was dreaming about dresses or reworking hand-me-downs from the family closet.

“I would take my grandfather’s or grandmother’s coat, put it together with a blouse from who knows where, and make something out of it,” recalled Verber, the daughter of a Saint Petersburg dentist who was keen for her to become a doctor — although that was never going to happen.

“It was very important to get dressed, to buy beautiful dresses. I used to drive my parents crazy. And I wanted to dress other people, too. Anyone who would come to our house, anybody I saw, I’d look and say: ‘Their eyebrows are not good, their hair is wrong.’”

Verber’s enthusiasm for dressing other people has only intensified with the years. After living in Rome and New York and running her own designer boutiques in Toronto in the Eighties — she had three in the Canadian city by the time she was 33 — Verber returned to Russia in 1989 with Kmart, of all retailers, and later began working with Mercury Group, which purchased Tsum in 2002.

Verber remembers that when she took over Tsum more than 15 years ago, it hadn’t been renovated for a century. “It was a wonderful and beautiful store, historical with all small Russian things and souvenirs. But now, we have turned it international.”

As vice president of Mercury Group, Russia’s largest luxury goods distributor, and fashion director of Tsum, she’s been the store’s modernizer, reeling more than 800 brands, more than half of which are Italian, into the 750,000-square-foot store. They include Moncler, Céline, Ralph Lauren, Kiton, Brioni, Ermenegildo Zegna, Tom Ford, Lanvin, Alexander McQueen, Louis Vuitton, Chanel, Dior, Prada and Fendi, not to mention jewelers and watchmakers like Rolex, Patek Philippe, Hublot, Chopard, Garrard and Graff.

She says Russian women’s tastes have been evolving and changing faster than a spinning top. When Verber first returned to Russia in 1989, she said consumers had very clear style priorities. “We lived in a place where we couldn’t have anything, so everybody wanted to be what they saw in the movies, or how the tourists were dressed: Glamorous. They didn’t want to be gray or black or simple.”

She admits Prada was a hard sell in the Nineties because it reminded Russians of what their grandparents wore. “We love Prada now, but at that time it was too soon for us: The yellow sweater, brown skirts and loafers. The colors and shapes were a little bit un-sexy for us. What they were wearing was Versace — high heels and sexy. The women in Russia have gorgeous skin and beautiful eyes, and they were more beautiful than ever,” she said.

After gorging on glamour for so many years, Russian women began falling into step with their Western counterparts.

“Ten years ago, it was Juicy Couture to go and pick up your children from school. Now, it is whatever in cashmere. Russia has become very classic, they wear Loro Piana casual clothes. That is the culture. You travel, you want to be comfortable. Before, I used to see women walking in 11 centimeter [4 inch] heels at the airport, coming out of the plane, and you knew right away, this was a Russian woman. I loved that, I admired these people.

“Now everybody is beautifully dressed, glamorously dressed, appropriately dressed. They are traveling a lot, they look at all the magazines. You’re comfy when you travel, when you go to school to pick up your children. Twenty-five years ago, I would never think for a second that I can come to a hotel in Paris looking like this,” said Verber, pointing to her swaths of Loro Piana cashmere and her shearling ankle boots. “The young generations, you see them wearing running shoes during the day, you see them wearing quilted jackets. That’s something we never used to see.”

Not that Russian women have given up on glamour: Verber said Dolce & Gabbana is a top partner for Tsum, “because Dolce is the dream. The clothes fit Russian women perfectly, and it is always going to be a wonderful brand for us. There’s Valentino, which is more intelligent and then there are the fashion brands like Céline, Saint Laurent and new brands like Balenciaga.”

One of Tsum’s best partners is Moncler, which is doubling the size of its men’s, women’s and children’s spaces this year, according to Roberto Eggs, the brand’s chief operating officer. He said Moncler saw double-digit growth last year at Tsum, which buys for a local, fashion-forward customer who loves her fur and for younger customers, who embraced the Moncler x Craig Green designs.

Verber is evangelical about fur: “Nobody wants to wear it anymore, but you can’t go out without fur. We live in a country where the fur is a necessity,” said Verber, whose post-lunch appointment was with the French fur brand Yves Salomon.

She said there is no stopping the fashion momentum of the Russian customer, and Tsum needs to stay a step ahead. “Our people are like sponges, they like the new things, and it’s important how you look. Children are well-dressed. Russians want their children to be proper, even when they are skiing or in running shoes.”

In a bid to stay ahead of the trends, Tsum has recently introduced retail concepts like NGxTSUM, a fashion-forward women’s wear space curated by creative director Natasha Goldenberg, and ON_TSUM, a men’s wear concept store with more than 60 brands, 32 of which are Tsum exclusives.

“At Tsum, they are unafraid. They experiment and challenge themselves,” said Ukrainian designer Natasha Zinko, who sells within Goldenberg’s concept space and who’s been working with the store for seven years. She said Tsum always buys the newest pieces from her collection and never asks for evergreens or for past seasons’ bestsellers.

“Russian women aren’t just looking for the most expensive things. They want the trendiest things and they use Instagram a lot. They come into the store with a picture on their phone, and are clear about what they want to buy,” said Zinko.

Chances are they’ll find it: Zinko herself said that she recently scoured London for a pair of Calvin Klein boots with silver tips and heels with floppy fabric at the sides, and ended up finding them only at Tsum. “They buy as much cool stuff as possible, and every brand is there.”

In a salute to its most fashionable spenders, Tsum has created a spring 2018 campaign using real clients as models. Shot by Peter Lindbergh, it’s due to be released this month.

The store also has a reputation for supporting all sizes of brands and types of talent. The London-based designer Emilia Wickstead, who’s known for her tailored clothing and elegant silhouettes, said that Goldenberg approached her when she was selling out of a suitcase at a Paris hotel.

“There was a very personal relationship there from the start and they’ve given us lots of editorial support. They’ve really pushed us — in catalogues, through social media and in the Russian magazines. In such a saturated market, it’s important for a designer to be supported in all directions.”

Verber said she’s realized her initial dream for Tsum, which was to create an international department store, “so that the Russians don’t need to travel. We have our Harrods in Moscow. We have everything, and slowly it is getting even better. The shoe heaven has more shoes than you can imagine.” 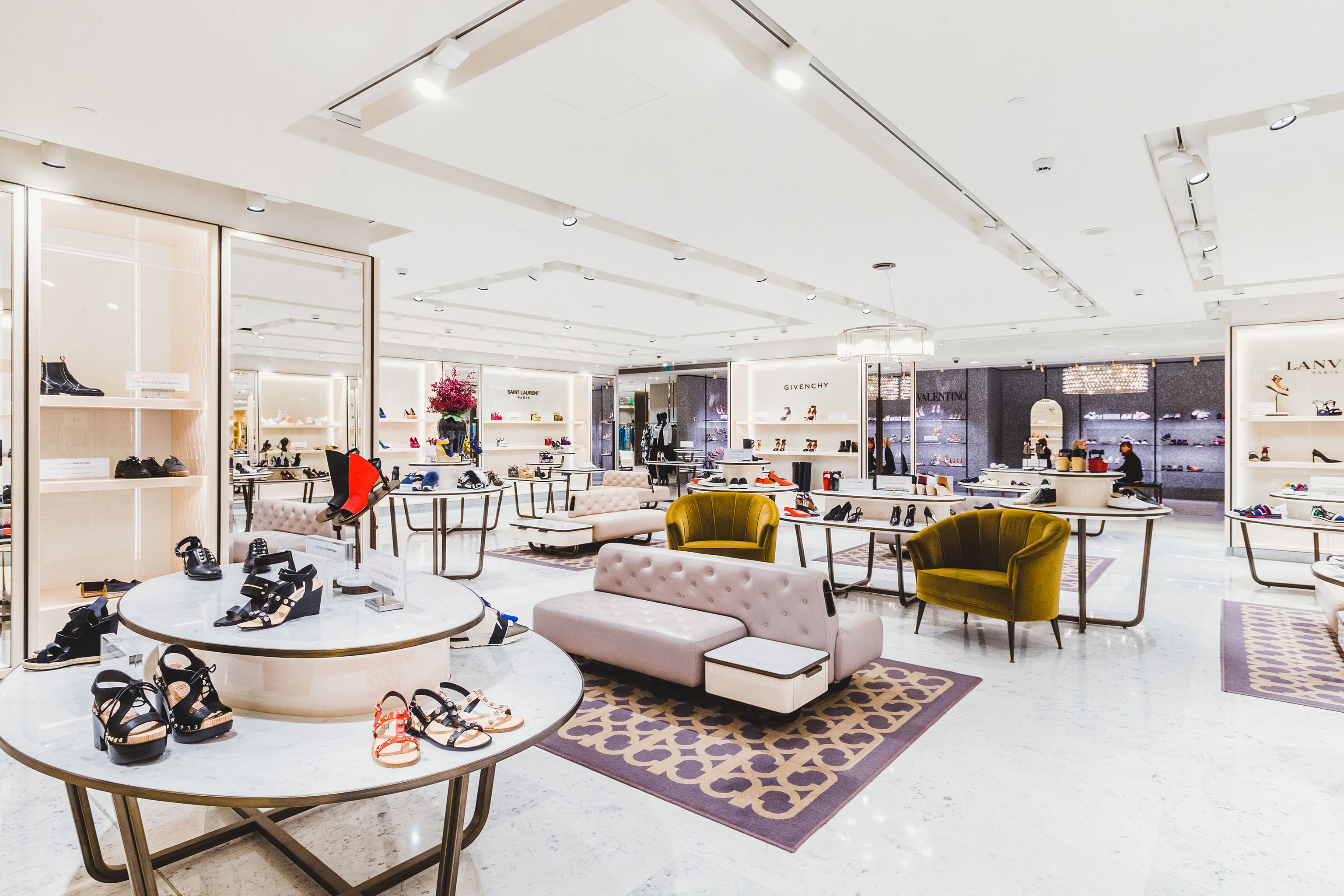 Moncler’s Eggs said Tsum has been clever about managing its brand mix, one of the reasons behind its success. He recalled what a different proposition it was back in 1996 when he first visited Moscow.

“Tsum wasn’t at all luxury. It was Soviet era and the change has been amazing. They’ve been very careful about creating and managing a multibrand environment and they are working at the same level as Harrods and Selfridges,” said Eggs.

Key parts of that brand mix are the Russian designers themselves. “We have a lot of Russian designers, who are so popular now, Slava Zaitsev and Valentin Yudashkin, they have this power. It is very creative. The Russians go to Central Saint Martins in London, they go to Parsons in New York,” Verber said. “On Instagram, I tell the kids that when they are finished at Parsons or in Milan to come work for me. There are millions of them! They are living in a free country. I was not.”

She only sees abundance in her future.

“I cannot retire. I have more ideas. I’d like to work for another 25 years, to see my grandchildren grow up. I am going to do big collections for Tsum, private labels,” she said. “We have one with Yves Salomon, and a collaboration with a group of Russian designers. I want to do this. I want to open another five or six corners. I built the store, I’m happy, but it wasn’t an easy 15 years.”

She’d also like to see more Tsum stores in Russia. Whether that happens or not, she’s proud to have built a store she believes stands shoulder-to-cashmere-shoulder with the world’s biggest retailers. “I am happy to see this incredible evolution from a closed country, where we couldn’t even dream of having a pair of shoes, to an international store like Galeries Lafayette. Now we are on that level,” she said.