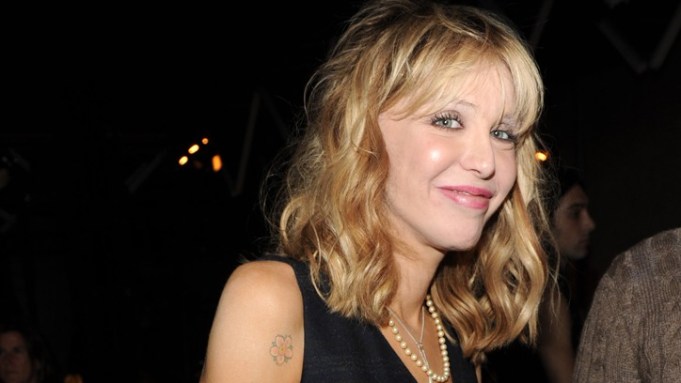 Every New York Fashion Week has ’em: celebrities who flock to the tents dressed head-to-toe in the designer du jour and who in one short week morph from semi-interesting to in the way. Here, a breakdown of the ones who chased the spotlight this season.

Courtney Love was all over town last week (which might explain why she showed up to her own gig at Don Hill’s two-and-a-half hours late). But, unlike ubiquitors of fashion weeks past (yes, you, Kanye), Love was accessible, chatty and anything but canned. After performing a heavy metal rendition of “Bad Romance” at her aforementioned concert, she told the crowd, “That sucked so much.”

If a show takes place and a “Gossip Girl” cast member isn’t there to sit in the front row, did it really happen? The fashion flock hasn’t had to answer that since the CW show hit the airwaves three years ago and its comely stars became style circuit mainstays. But this season, Blake Lively — arguably the leader of the pack — had to cut her appearances short midweek to do press for her latest flick “The Town” in Toronto, and Taylor Momsen, who’d been out and about in weeks prior, went MIA in New York in order to perform at the launch of John Galliano’s new fragrance, Parlez-Moi d’Amour, in Paris since she’s its face. Thankfully, Leighton Meester and Jessica Szohr did double duty to make up for their co-stars’ absence.