NEW YORK — Anyone who names a book series “The Art of Living Well” must have some experience on the subject. Umberto Angeloni, businessman, aesthete and bon vivant, is an expert.

While the phrase “bon vivant” seems... 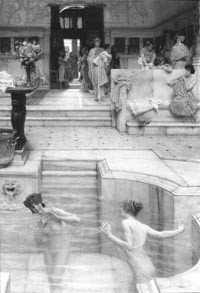 NEW YORK — Anyone who names a book series “The Art of Living Well” must have some experience on the subject. Umberto Angeloni, businessman, aesthete and bon vivant, is an expert.

This story first appeared in the November 24, 2003 issue of WWD. Subscribe Today.

While the phrase “bon vivant” seems to imply a certain degree of self-indulgence, Angeloni fully embraces the term, calling his latest book, “Seducing the Senses: Spa Visions of a Bon Vivant.”

“The Italians are so good at the art of living well,” says Angeloni, chairman of Brioni, an Italian men’s wear firm with a growing women’s business.

His first book in the series celebrated single-malt whiskey, which he claims is an Italian passion. Who knew?

“Seducing the Senses,” which is being released this week, is not a guide to the best spas in the world, but rather a meditation on the spa principles that Angeloni finds essential to living the good life. “This is not a how-to book,” stresses Angeloni, who visits a spa at least once a week. “You make your own rules and find your own path through fulfillment and pleasure.”

But first, a warning: Even the best spas today are woefully inadequate compared with the spas that existed during Roman times. “The Romans had it all right and all figured out thousands of years ago,” says Angeloni, who became chief executive of Brioni in 1990. “We still don’t have it right, 2,000 years later. Spas were a meeting place. It was about nudity and proximity to other people. Wellness was part of their everyday life.

“We are told we shouldn’t indulge too much or have too much pleasure. Western society is still pretty repressed.”

“Seducing the Senses,” which will be published in five languages, will be given to Brioni clients gratis and sold in select bookstores for $60. Angeloni says the book’s price doesn’t come close to covering its publishing costs.

The book is lavishly illustrated with photos by Linda Troeller, stylized illustrations by Richard Gray of women indulging in spa treatments such as mud and water therapy and 18th-century engravings of Baden Baden and Thermae of Diocletian in Rome. There are also George Hoyningen-Huene’s beachwear and bathing suit photos, which were originally published in Vogue in the Twenties and Thirties, as well as reproductions of such works as Ingres’ “The Turkish Bath,” painted in 1863, and Sir Laurence Alma-Tadema’s “Baths of Caracalla,” 1899.

Angeloni’s next subject will be bigger and broader, but no less hedonistic: how to derive pleasure from plants and flowers. Angeloni, who says it takes almost two years to bring a book to fruition, plans to publish his third effort in 2005.

“I’ll explore scent, food and art,” he says. “I now have this thing about plants and flowers.”