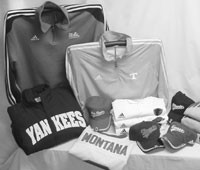 NEW YORK — Dick’s Sporting Goods’ purchase last week of Galyan’s Trading Corp. is the latest in a recent series of consolidations in the highly fragmented sporting goods industry — and the pace is expected to continue.

“There is definitely more consolidation on the horizon, both among sport vendors and retailers,” said analyst Jim Duffy of Thomas Wiesel Partners. “It’s a very fast way for a company to expand their store base and it allows companies to leverage expenses. Also, as retailers consolidate, vendors need to be stronger in order to supply them properly.”

Among some firms that are possible acquisition targets are Sports Chalet, a 31-unit regional sport retailer based in Los Angeles, as well as regional players, according to industry executives and analysts.

Sporting goods manufacturers had sales in 2003 of $49.8 billion. The industry comprises primarily small companies. There are few national retailers, and though multinational brands, such as Nike, Reebok and Adidas, are apparel giants, there are many small players offering niche products in all segments of the sports industry, from biking shorts to ski bindings. While the past decade has brought consolidation across the fashion arena and in many other business sectors, the sports industry has been slow to catch up. Now, sports companies seem to be realizing there are benefits to consolidation, which include shared expenses, more operating muscle and greater real estate presence.

“Combining the financial discipline, operating metrics and innovative store designs of Dick’s…with the people, real estate, and distribution infrastructure of Galyan’s creates a compelling rationale for this transaction,” Edward W. Stack, chairman and chief executive officer of Dick’s Sporting Goods, said in a statement when the deal was announced last week.

Looking at recent transactions reveals that many suppliers in the sports world are expanding into new product segments through acquisitions. Equipment has been a particularly attractive area for companies known for making footwear and apparel. Reebok, for example, recently acquired The Hockey Co., a hockey equipment and gear maker, while New Balance bought Warrior Lacrosse, a firm that manufactures lacrosse equipment, and Russell Corp. purchased American Athletic Inc., a maker of athletic equipment for high schools, colleges and clubs.

Another key benefit is that companies are buying properties that have licensing deals with major sports organizations. For example, the Hockey Co. is an NHL licensee and the deal allows Reebok to use NHL properties.

On the retail side, The Sports Authority bought Gart Sports last year in a move that created the largest sports retailer with a combined total of 385 stores, and Dick’s purchase of Galyan’s means it now has 216 stores in 32 states.

On the most basic level, these acquisitions give companies new avenues for growth, an especially important factor for the publicly held firms. Reebok, for example, has had troubles recently in its own branded apparel business, and hockey is a new business segment for it to pursue.

“Given that Reebok is the number-three player in the mature athletic footwear market, the company is looking for growth opportunities to complement the core franchise,” Thomas Weisel’s Duffy wrote in a recent report. “The THC acquisition is a way for Reebok to invest some of its cash in a business that they believe can deliver better return.” He also noted that THC’s licensed apparel business will benefit from Reebok’s expertise and sourcing strength. “The real asset for Reebok is the NHL licensed business,” Duffy said.

In an interview with WWD, John Frascotti, Reebok’s senior vice president of licensing and new business, said hockey is a growing sport, both among men and women, and Reebok wanted to tap into that expertise.

“We wanted to partner with someone who is a category leader,” Frascotti said. “This is a great way for us to enter into a new sport and gives us strong positioning on both the equipment side and the soft goods.” The hockey company had sales of about $240 million last year, he noted.

Meanwhile, Dick’s will likely shift some of the merchandise offerings around at Galyan’s, which is known for its outdoor apparel. Dennis Magulick, manager of investor relations for Dick’s, said in an interview that Galyan’s stores will now be merchandised to include more equipment, similar to Dick’s strategy. Currently, it has about 40 percent equipment, while Dick’s has about 60 percent, he said.

“Galyan’s has outstanding real estate and it will help us gain a larger presence,” Magulick said.

“Benefits include an expanded footprint, improved infrastructure, and increased earnings,” noted James O. Lykins, an analyst at Hilliard Lyons, in a recent research note. “Combining the companies should lead to significant cost savings in 2005, as well. Moreover, Dick’s market share increases as a major competitor is eliminated.”

One drawback noted by Duffy and others is that the sports business is highly regional, which means that what sells well in one area may not be a strong performer in another part of the country. Sports such as hockey and figure skating are more popular generally in colder climates, for example.

Similarly, “Baltimore is one of the best lacrosse markets, while in Cleveland, they don’t know what a lacrosse stick is,” said Magulick.

— With contributions from Jeanine Poggi