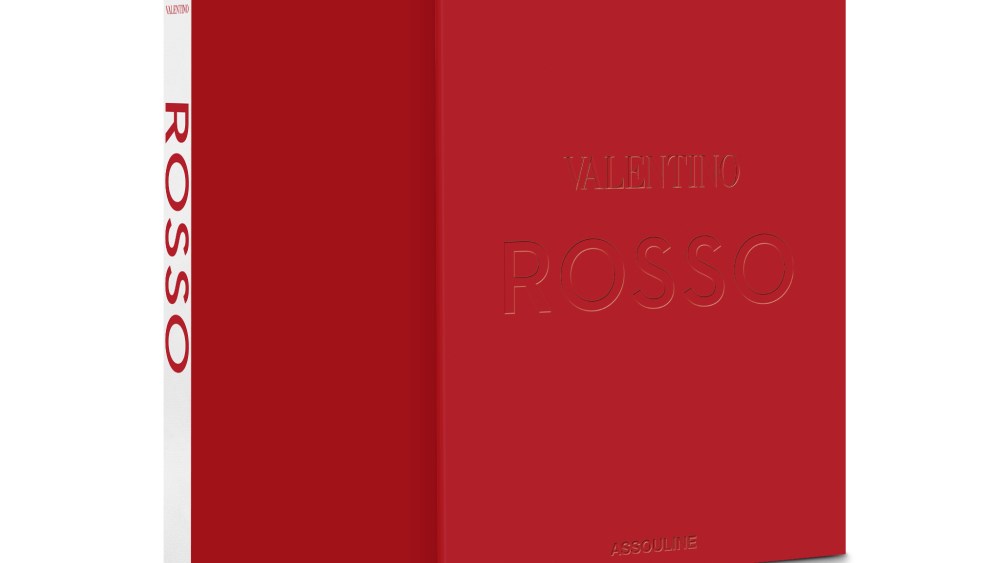 Red. Rosso. The color of love, passion, power. And Valentino Garavani’s muse of a hue.

In fact, a color so prevalent for the Italian fashion house to this day, that its archives — as artfully shared in Assouline’s new “Valentino Rosso” out Tuesday — feature an incredible 550 shades of red spanning Garavani’s reign to current creative director Pierpaolo Piccioli’s.

“For the Valentino maison, red is not just a color. It is a non-fading mark, a logo, an iconic element of the brand, a value,” reads a red page in the coffee table book featuring a quote from the designer himself.

In a March 1999 issue of WWD, a feature on color being the biggest Oscar trend of the year, Valentino Garavani, who had made a couture dresses for Whitney Houston and Meryl Streep that year, said: “For my actresses, I still believe white, black and pale gray are the most becoming for major events…In daylight — and the Oscar arrivals are in daylight — strong colors can look almost vulgar. I’m not sure these colors even work for fashion during the day. The only color I work with is red, because it is the good luck color of Italy. It’s not shocking to see a woman in red.”

Not a retrospective, rather an answer to how prevalent red has been in Valentino’s collections, Piccioli, cataloguing for the book some of the house’s most exquisite pieces in red and pink, set out to explore what the color reflects.

“Valentino Archives is a living and pulsing ecosystem in which all of our treasures are ready to tell their own stories when interrogated. This time, we wanted to know how many red dresses we have, how present Rosso Valentino is in all of our creations. So this book, maybe, is an answer to that question, or the beginning of something more,” he writes in the foreword.

The first red dress presented in striking contrast on a white page in “Valentino Rosso” is the first Valentino created for his first haute couture collection presented for spring 1959 in Rome. The dress was made of red tulle, with a streamlined strapless neckline cascading into a balloon skirt detailed with tulle roses. Its name was “Fiesta.”

“Red gives the Fiesta dress its modernity, creating its landscape all in one tone,” writer and curator Charlie Porter notes in the introduction to the book. “The power of a garment or outfit created from one single tone,” he continues, “focuses the mind.”

The notion is one Piccioli has also played with through Pink PP, allowing superior craftsmanship and detailing to radiate undistracted by any other shade or pattern. The color, which is an official Pantone hue and one Piccioli considers among the maison’s shades of red, has become synonymous with modern-day Valentino and has, in many ways, reinvigorated a love for the shade. Pink makes some appearances throughout the book, including a spread of voluminous gowns from Piccioli’s haute couture fall-winter 2018-19 collection.

More than 300 pages, featuring more than 180 iconic Valentino gowns and accessories, “Valentino Rosso” tells the tale of red and the relationship the house has had with it over more than 50 years.

Throughout, quotes from Garavani and Piccioli, as well as designers and fashion icons, bring life to the notion of the color, and its feeling for them.

Whether examining the hue’s influence in European art as early as 1593 or its early influence on Valentino Garavani at the opera “Carmen,” where the designer said he came to understand “that there was no better color after black and white,” Porter explores what color has contributed to clothing and the emotions it evokes.

“When we talk about clothing, we talk about its properties as if they are external to us. Most of them are: the yarn, the resulting material, its cut, its form. These are the physical qualities that are independent of us. This is not the case when we perceive the color of the garment. That perception exists within our brain. By perceiving the color, we are connected to the garment itself,” he writes. “Color, like red, breaks from gender, breaks from control. It connects with desires, instincts, urges and understandings that cannot be controlled.”

“Valentino Rosso” lets outsiders into the house’s well-preserved archives, and draws fashion insiders further into what Valentino Garavani saw in red, and all it held the power to do.

In one of the book’s quotes, he says, “[Red] is a strong color but at the same time it’s a non-color. It’s neutral: like black, brown, blue, white. It’s not pale or a pastel shade. It conveys lots of energy, lots of oomph. Red is life, passion, love. It’s the cure for sadness.”

The book, part of Assouline’s Legends Collection, comes in silk hardcover with a luxury slipcase and retails for $250.