Van Doren built a checkerboard shoe empire that harnessed the power of skate and surf culture to become a global streetwear player.

Just days after publishing his book, “Authentic: A Memoir by the Founder of Vans,” Paul Van Doren has died at age 90.

Born in Depression-era Randolph, Mass., he moved to sunny Southern California in the 1960s, where he built a checkerboard shoe empire that harnessed the power of skate and surf culture to become a global streetwear player — with a little help from the cult Hollywood film “Fast Times at Ridgemont High” and actor Sean Penn, who wore the classic Vans checkerboard slip-on sneaker on-screen and sent its popularity soaring.

VF Corp. bought Vans in 2004 in a $396 million deal, and has grown it to $2 billion-plus in annual revenue. But the brand has always been a family business at heart.

In 1966, Van Doren, his brother James, and their partners Gordon C. Lee and Serge Delia opened the first Vans store under the name The Van Doren Rubber Company in Anaheim, Calif. The business manufactured shoes and sold them directly to the public, and the slogan on the first shoebox was “Canvas Shoes for the Entire Family” by House of Vans, back when the canvas deck shoes with rubber waffle soles were priced $2.29 to $4.49.

One of the first Vans stand-alone retail stores in Los Angeles in the 1960s.  Courtesy

“Paul was not just an entrepreneur; he was an innovator. The Van Doren Rubber Company was the culmination of a lifetime of experimentation and hard work in the shoe industry,” the Vans company said in a statement. “Like Paul, from the first day of business, Vans was uniquely innovative. When the first Vans store opened, there were no stand-alone retail stores just for sneakers. Paul’s bold experiments in product design, distribution, and marketing, along with his knack for numbers, and a genius for efficiency turned Paul’s family shoe business into an all-American success story.”

Over the years, Van Doren and Vans have inspired countless entrepreneurs in Southern California and beyond, including Humberto Leon, who grew up with the brand, and eventually became a collaborator at Opening Ceremony and Kenzo.

“I grew up without a lot of money in Highland Park, in a one-bedroom apartment with five people, but somehow my sister managed to amass a little collection of 12 pairs of Vans still in their boxes,” said Leon of how Vans represented his first real exposure to brand love as a SoCal kid. “I would always envy her and at some point, my foot size became her size and it was a goldmine.”

“Vans were a fashion mantra,” said Jeannine Braden, the longtime Fred Segal Flair boutique owner who now has her own women’s contemporary brand Le Superbe, recalling how she made a Vans ceramic shoe in art class as a student at Mark Twain Junior High School in Venice, Calif. “Some people have a soundtrack to their life. And some of us have a ‘sole track,’ no joke,” she said, considering all of the pairs of canvas Vans Authentic, Era and Old Skools she’s owned over the years. “My prom date wore Vans with his tux and my son did the same.”

A high school dropout with a natural talent for numbers and efficiency, Paul Van Doren did such a good job optimizing assembly line production of canvas sneaker uppers at Randy’s Rubber Company East in Randolph, Mass., that management sent him to Randy’s West in Garden Grove, Calif., then the third-largest shoe manufacturer in the U.S. to whip it into shape — which he did. 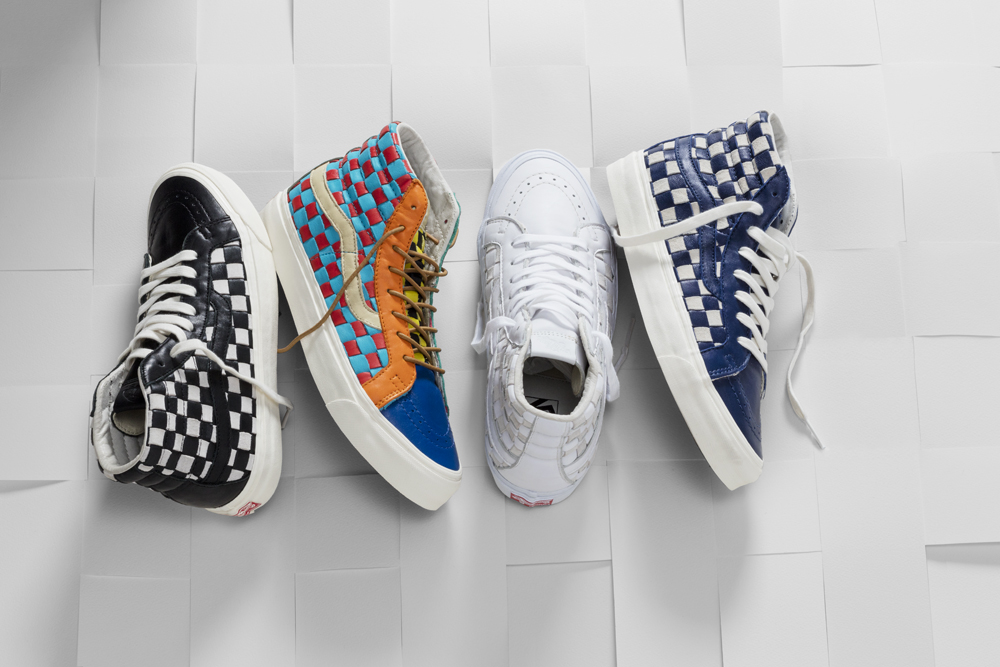 Many iconic Southern California brands have been built on the cross-pollination of fashion, surf and skate — and Van Doren was on to the idea before he even started Vans.

In the summer of 1964, in an effort to increase brand awareness for Randy’s, he set up a booth at the U.S. Open of Surfing. While there, Paul met the legendary Hawaiian surfer Duke Kahanamoku, admired his aloha shirt, and offered to make him a matching pair of sneakers. When Duke got his shoes, the brand got its first taste of recognition from the surfing community. (Vans is now the title sponsor of the U.S. Open of Surfing, which will return this year after being canceled in 2020 because of the pandemic.)

After a dispute with Randy’s management, Paul struck out on his own with $250,000 investment from Delia, and the intent of manufacturing shoes and selling them right out of the factory in Anaheim, Calif. His wife’s parents, his brother-in-law, brothers, son and daughters worked on construction, painting and helped set up the machines and production rooms. When it was time to open, he enlisted his school-age kids to distribute flyers in the neighborhood.

Vans’ signature waffle soles actually came about because of a flaw. The original diamond-patterned rubber soles cracked across the ball of the foot after only a short time of use. So the factory ended up creating a denser waffle pattern that became a calling card, and added grip for skateboarders, who would become the brand’s first influencers. 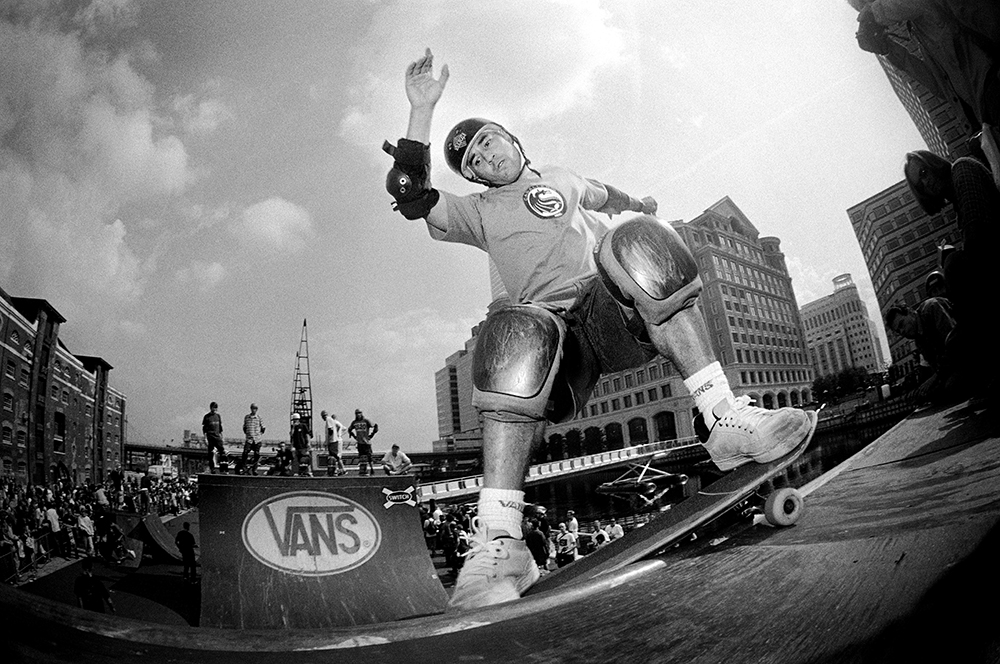 Van Doren liked to say that he was building a people company, not a shoe company. And some of his rather unorthodox views on business included throwing out résumés during job interviews.

There were lessons learned along the way that added to his education on human nature. When Vans opened its first retail store at the factory, Van Doren forgot to put cash in the register.

“It was so stupid,” he remembered, saying because he couldn’t make change, he had to rely on the honor system. “We sold something like 22 pairs of shoes that first day, and the remarkable thing is every single person came back and paid. Treat people like you would want to be treated.”

Customization was a point of differentiation for the brand from the beginning, with Vans making custom styles to match women’s dresses and school team colors, selling customers two colored shoes, or even a single shoe.

“The best teachers in the art of retail are the customers themselves,” Van Doren wrote in his book, noting that the on-site factory (Vans now produces overseas) gave them the flexibility to offer a quick turnaround.

Speaking both to moms and kids was a key driver of sales from the beginning. And Huntington Beach High School had something to do with the creation of the iconic checkerboard motif. 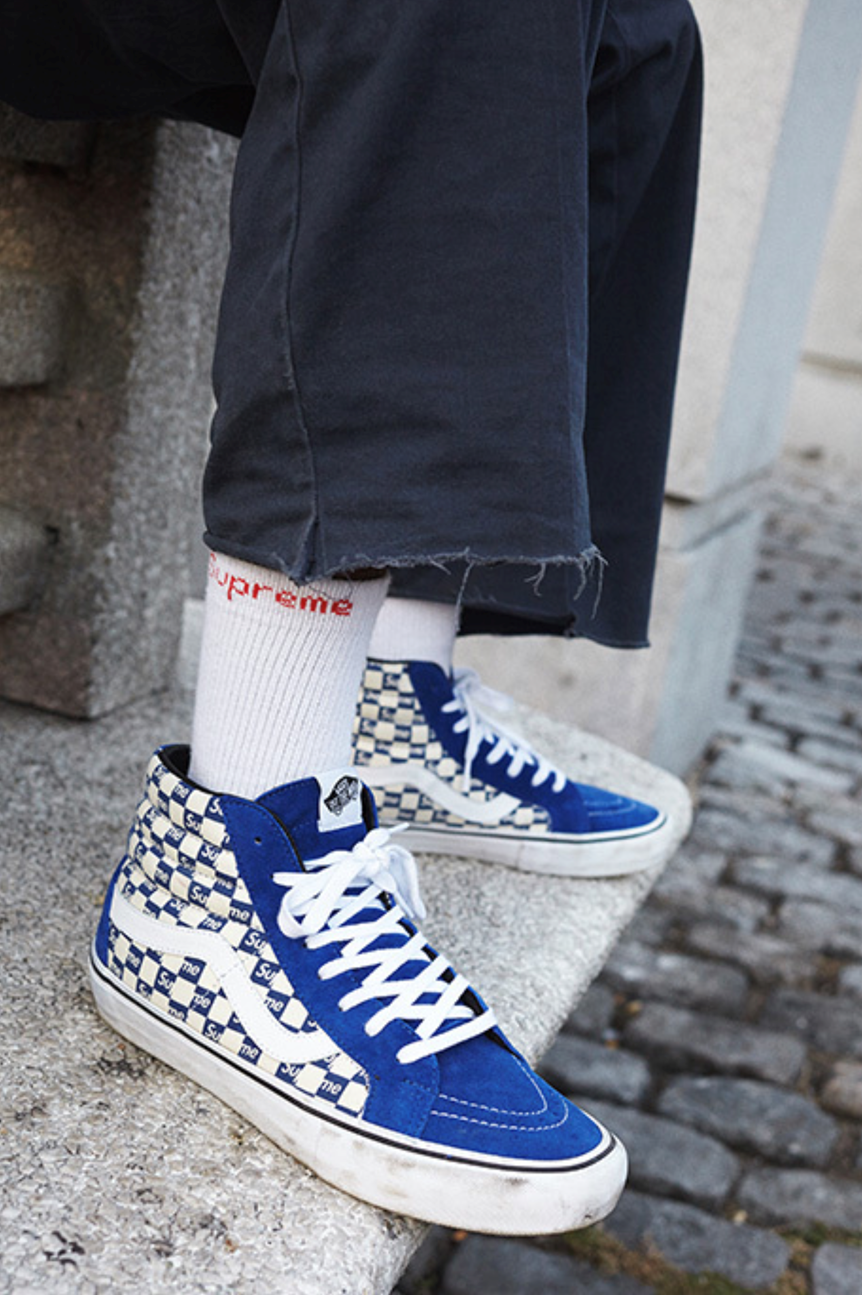 Connected in skate, Vans and Supreme have collaborated over the years, including on this look from 2016.

“We saw the kids were drawing checkerboards on the rubber strip of the shoe, then we printed them on the rubber, and then the canvas,” Steve Van Doren said in a recent interview. “That’s how that came about, just following the customers how they were leading us.” (The brand also launched an annual high school custom culture competition, through which it has donated more than $1 million to arts education programs.)

When Paul Van Doren attended the 1972 Munich Olympics, he got his first taste of how big the sneaker market could be — and the marketing potential of collaborating with athletes, when Mark Spitz won his seventh gold medal and waved to the crowd with a pair of Adidas.

Closer to home, skaters became Vans’ tribe. They liked Vans because they could feel the board under their feet, the rubber soles stuck, and were thick enough to last. And if the shoe on their dominant foot did wear out faster, Vans would sell them a single replacement.

Seeing the potential to collaborate with their Dogtown and Z-Boys customers, Paul invited Stacy Peralta and Tony Alva down to Orange County to talk about shoe design and get some free sneakers, eventually forming the Vans skate team, which grew into the Vans surf team and Vans BMX team.

These daredevils came to embody the brand’s fierce individualism, expressed in its “Off the Wall” tagline, and helped Vans reach beyond the sneaker market. (Over the years, Vans opened a number of skate parks around the country, and Alva narrates the audio version of Van Doren’s book, “Authentic.”) 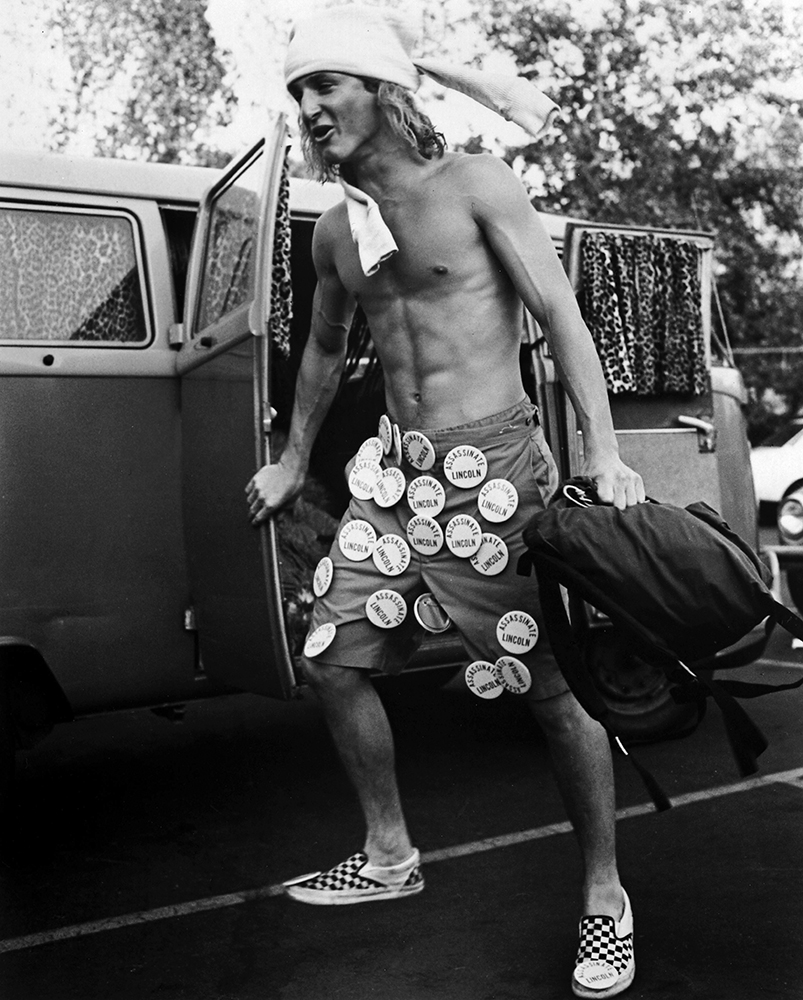 Sean Penn in a still from “Fast Times at Ridgemont High,” © 1982 Universal A.  Courtsy/Alamy Stock Photo

As the story goes, Penn was a personal fan. The Santa Monica native visited his local Vans store often and bought a pair of checkerboard slip-ons for his own use. The brand’s store manager became the brand PR manager shortly after, and delivered 24 pairs of the sneakers to Universal Studios in a clever marketing push. When the shoes showed up on Penn’s character Jeff Spicoli, Vans became a sensation, growing from a $20 million to a $40 million company.

Paul Van Doren retired (for the first time) in 1980, and his youngest brother Jimmy Van Doren took the helm. But after four years of big spending and ill-fated forays into the athletic shoe market, Vans racked up $12 million in debt and was forced to enter Chapter 11.  As part of the reorganization, Paul came out of retirement to be president. The bankruptcy court agreed to a settlement that would have Vans paying 25 cents on every dollar owed.

“He thought that was wrong,” his son Steve said, sharing an anecdote that shaped his view of his father’s character. “So he had them put him on a three-and-a-half- or four-year plan and he did it, and all the people respected him because he did what he said, and didn’t shave off money. That’s integrity.” The belt-tightening was so drastic, employees had to bring toilet paper from home at one point, the memoir reveals. “With success comes reputation, with hardship comes character,” Paul wrote.

Approached by lifelong customer Kevin Lyman about sponsoring the Warped music tour in 1995, Steve suggested combining it with an amateur skateboarding contest. The resulting Vans Warped Tour ran for 25 years, becoming a launchpad for Katy Perry, Green Day, Eminem, Black Eyed Peas and more artists who have collaborated with the brand on limited edition shoes. 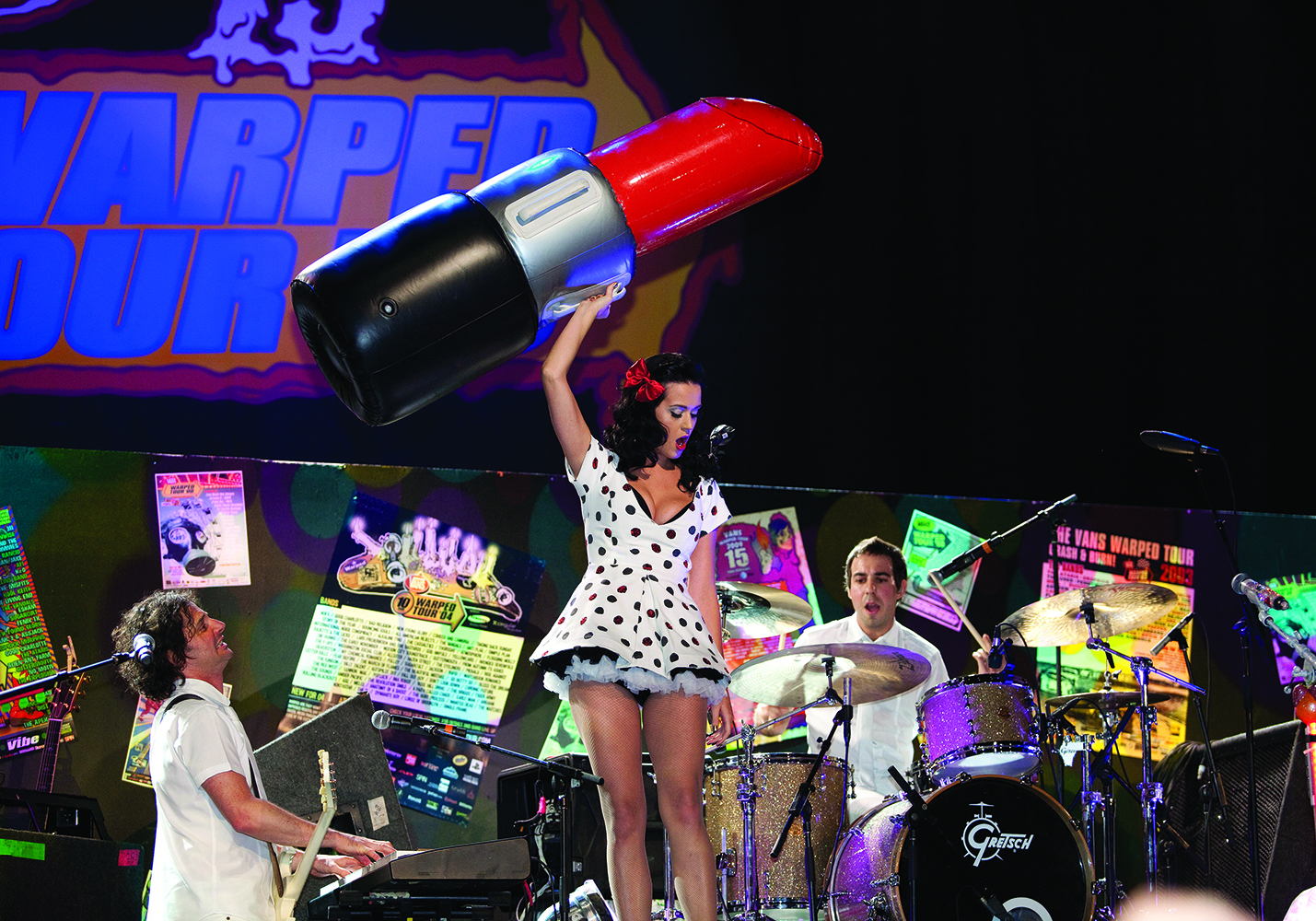 Vans was also early on to fashion’s collaboration fever. By the 1990s, Vans had collaborated with Disney and Pendleton and “Star Wars,” but its 1996 collaboration with then-fledgling New York skate shop Supreme may have been its most hyped. (Like Vans, Supreme was snapped up by VF, too.)

Starting in 2003, the Vans Vault collection brought back classics and helped it break into the high-fashion scene through tie-ups that over the years have included nearly every name in the industry, Karl Lagerfeld, Marc Jacobs, Fear of God, J. Crew, Opening Ceremony, Kenzo and many more.

“In many ways, I felt like what I did for them kick-started their women’s business. When I started with them, as most athletic brands, it was one of their biggest struggles. Our collaborations helped put Vans on women’s feet,” said Leon of the Opening Ceremony collaboration styles, which began in 2008 and continues today. Kenzo x Vans followed later. “Because of Kenzo, it helped them gain a global platform,” Leon said.

As the brand pushed further into apparel and the global market, Van Doren considered VF a good steward. “VF understands how a company’s origin story can strengthen the brand,” he wrote in his memoir, explaining how Vans has tweaked classic designs but not overhauled them, while honoring heritage by reissuing the Duke Kahanamoku shoe, for example.

Asked about the book’s title, he said, “At first, I didn’t like the name, but I got to understand it. Authentic is the real thing. We are the real thing.” 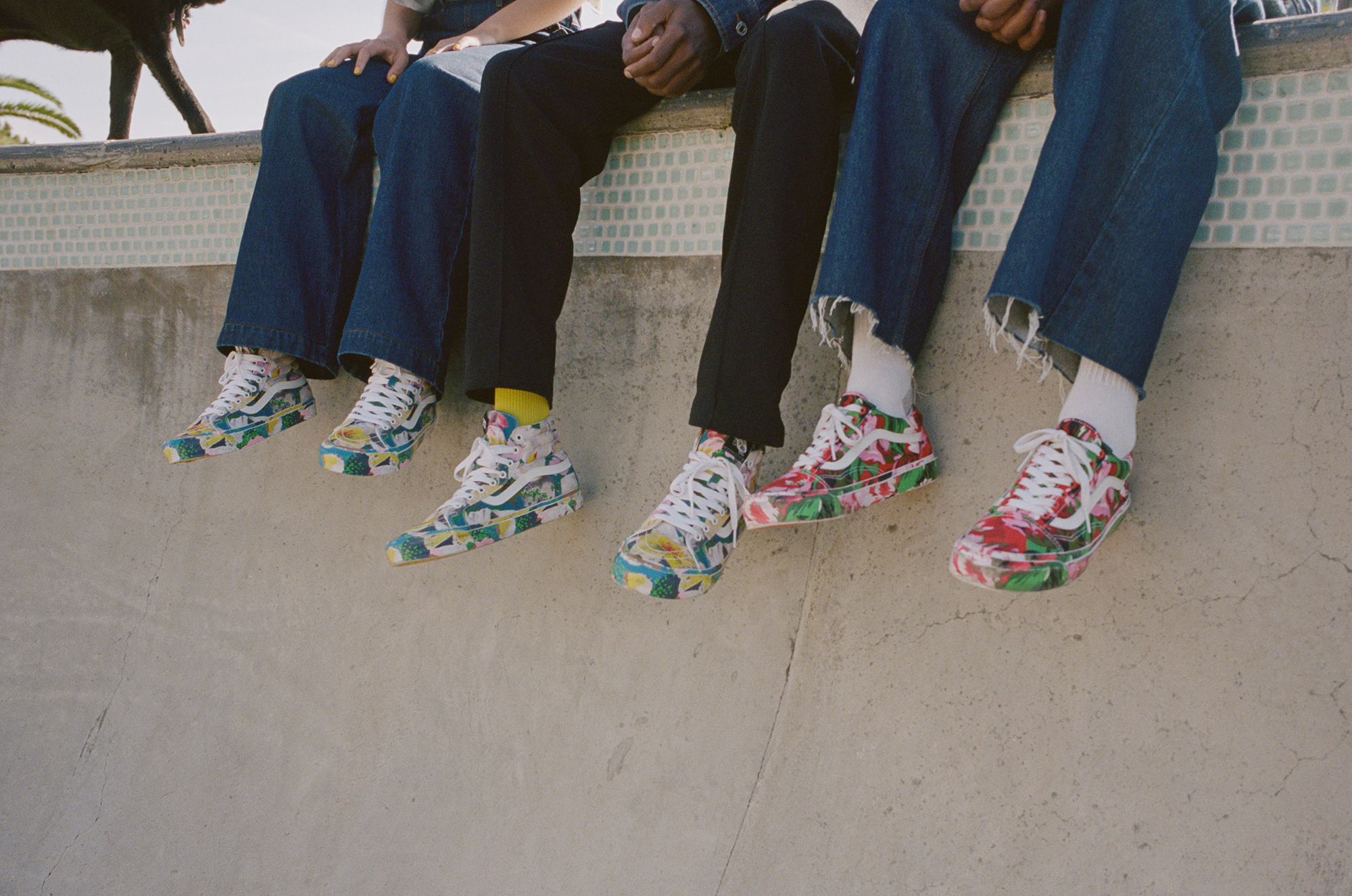