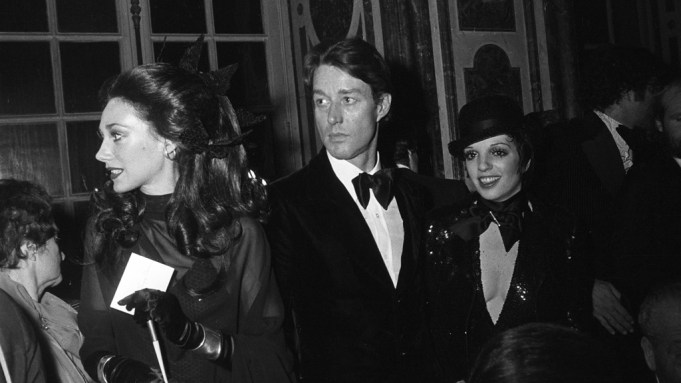 Women’s Wear Daily billed it as the “Battle of Versailles.”

The 1973 gala designed to raise funds for the restoration of the Palace of Versailles more than lived up to the hype, going down in history as the night that put American fashion, and African-American models, on the map. A new documentary by first-time director Deborah Riley Draper tells the behind-the-scenes story of that Nov. 28 evening, when five U.S. designers faced off against France’s top couturiers in front of an audience of royals and celebrities, including Princess Grace of Monaco, Christina Onassis and Andy Warhol.

RELATED STORY: The ‘Battle of Versailles’ in WWD’s Eye >>

“Everyone knows about that night from the superficial standpoint of it,” Riley Draper told WWD at the Cannes Film Festival, where she screened “Versailles ’73: American Runway Revolution” for buyers and press.

“There were French designers and American designers and 650 millionaires in the room, but there was a before and there was an after to that story, so I think it’s very important that we start at the beginning,” the 44-year-old director added.

“She had spent years trying to create a way to level the playing field with American sportswear, and this was the night that did it,” Riley Draper said.

Originally viewed as underdogs, the U.S. designers emerged triumphant after a whirlwind 35-minute presentation that kicked off with Liza Minnelli singing “Bonjour, Paris!” and ended with delirious applause.

By all accounts, the U.S. contingent met with a frosty reception on arrival in Versailles. The models recalled waiting for hours to rehearse their segment, with no food, heating or even toilet paper available in the drafty palace. The French designers pulled out all the stops, with spectacular sets that included a space rocket and a pumpkin carriage, and performances by the likes of Rudolf Nureyev, Josephine Baker and Jane Birkin.

Convinced they were being sabotaged, the U.S. designers started fighting among themselves, but finally pulled together with a show-must-go-on spirit. Riley Draper unearthed rare archival materials, including grainy black-and-white footage of Baker’s performance and a clip of Walter Cronkite reporting on the show.

“What you see is all that remains,” she said, noting that even still photos of the benefit were few and far between.

The director also found memos detailing preparations for the show — from the choice of the U.S. designers to their models, who were elected in a ballot requiring them to be backed by at least three designers. “When you look at the documents, they were like, ‘We’re going to war,’” Riley Draper noted.

“I always knew the peripheral aspects, the glamorous aspects, but I didn’t really realize how important this evening was in American ready-to-wear having an international presence, nor the fact that the color barrier was broken down,” he said. “Anyone who was there says it was the most glamorous evening ever.”

Riley Draper said the Versailles show marked a turning point for African-American models, noting that the following year, Beverly Johnson became the first black model to appear on the cover of American Vogue and Givenchy hired an all-black cabine (the French term for fit models).

“To actually have an exhibition with 12 African-American models at one time, in one show, in a palace in France, representing the United States and representing our fashion industry, is legendary — it’s historical,” she said.

An advertising executive in Atlanta, Riley Draper said she created her production company, Coffee Bluff Pictures, in order to tell stories about strong women, which she hopes will resonate with African-American audiences.

She plans to host private screenings of “Versailles ’73” for media, distributors and other interested parties at Soho House in Los Angeles on July 25 and at the Mandarin Oriental in Atlanta in September, before its theatrical premiere during the New York Fashion Week in September. Silver, meanwhile, hopes the documentary will inspire a repeat performance in 2013.

“I think it would be so amazing for the 40th anniversary to have this event happen with five modern American and five French designers. That’s my big dream,” he said.