The line is licensed to Tawil Associates in New York, which is the brand’s second licensing partner. 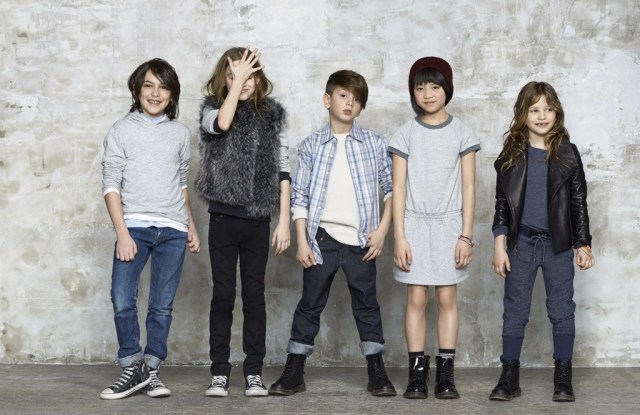 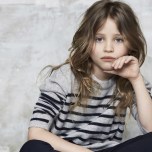 There’s a youthful spirit in the air at Vince.

The brand’s new kids’ line will be launched in June at stores such as Barneys New York, Bergdorf Goodman, Neiman Marcus, Saks Fifth Avenue, Bloomingdale’s and Nordstrom, as well as 25 kids’ specialty retailers, select Vince locations and vince.com. The collection is licensed to Tawil Associates in New York, which is Vince’s second licensing partner. Its first is with Brown Shoe for women’s and men’s footwear.

“I think the key thing is our customer and wholesale partners have really been asking for a line like Vince. We think there’s a white space in the market for cool kids clothes,” said Jill Granoff, chief executive officer of Vince. The kids’ line is currently “sold out, which demonstrates the desire for this product offering,” she added. The line is produced in China and Peru, using many of the same factories that Vince uses for its women’s line.

The kids’ line is reflective of the brand’s relaxed yet sophisticated approach to fashion. Signature styles include cashmere sweaters, scuba leather jackets and jogger pants for girls, and waffle-knit hoodies and three-in-one jackets for boys. The collection is aimed at children ages 4 to 14. It features classic pieces in a palette of heather gray and coastal navy, highlighted with colors such as fuchsia, purple, raspberry and blue and pops of winter white.

“We punched-up the color a little bit to keep it bright and happy,” said Rebecca Damavandi, group president of global business development at Vince.

Among the highlights in the girls’ lineup are dip-dye V-neck and side-split crewneck sweaters with contrast stripe details and a fake fur vest as a luxe topper. For boys, there are button-down shirts, classic denim jeans and bird’s-eye beanies and scarves. For girls, retail prices range from $24 for a tank to $598 for a scuba leather jacket. For boys, prices start at $34 for a crew-neck T-shirt and go as high as $398 for fall and winter jackets.

Damavandi said she looks to build in-store shops “where we can with our partners.” The company plans to set up shops-in-shop within some of its own stores, such as Madison Avenue. She said Vince will offer an exclusive grouping online for a few weeks before the launch. In collaboration with its wholesale accounts, the Vince kids’ line will be marketed through co-op and online advertising, as well as digital and social media, said Granoff. There will also be regional events and look-book mailings.

Internationally, the kids’ line will launch at Harrods next spring. Tawil will introduce an infant and layette collection next year, which will feature mostly separates and some boxed items, as well as a grouping for newborns including onesies and blankets.

Granoff declined to give first-year projections.