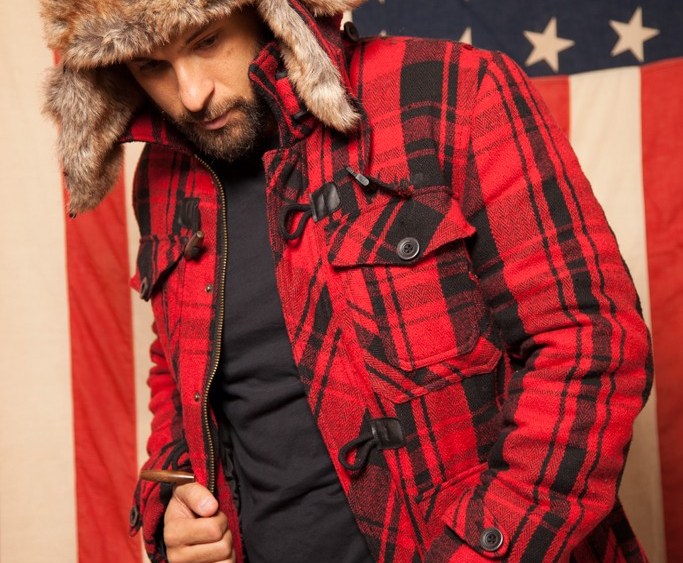 Vincent Nesi is putting a new fashion spin on an historic American brand in the third phase of his career.

Nesi co-founded Bugle Boy Industries in 1977 and served as president of the company and creative steward of the Bugle Boy brand until his departure in 1995. He then founded Nesi Apparel Group, which developed — and generally let expire — fashion licensing partnerships with such hip-hop luminaries as Eminem (Shady Ltd.) and Jay-Z (Rocawear), adding new takes on existing brands like Mudd and Le Tigre along the way.

Bugle Boy derived its name from the young soldiers who sounded the call to arms during the Civil War. Starting with its pioneering work with young men’s cargo pants, its volume ballooned to more than $500 million before a cash crunch led to bankruptcy six years after Nesi’s departure.

Nesi is letting Nesi Apparel Group remain dormant for the time being and, through a separate entity owned by him, Bull Moose Properties LLC, has taken on the apparel license for Winchester, a brand founded in 1866, the year after the Civil War ended, and now owned by Olin Corp.

Best known as “The Gun That Won the West,” Winchester today produces ammunition and licenses in about 30 other categories, including firearms, but its relationship with Nesi marks its first foray into fashion. Bull Moose holds the license for men’s and boys’ sportswear in the U.S., Canada, Mexico and the Pacific Rim as well as distribution rights in Europe. The firm has the right of first refusal on any European licensing deal as well as an option to market women’s and girls’ wear.

Nesi’s first products were shipped last month to accounts including Dillard’s and clearly are aimed at an audience more focused on fashion than fishing and hunting. Nesi believes the Winchester brand is primed for the same kind of brand transformation experienced by Abercrombie & Fitch in its post-safari stages as a teen retailer.

“Winchester, like Levi’s, is an historical American company,” Nesi told WWD, “and, like Timberland and Pendleton, has an authentic outdoor heritage and feel, something younger customers are really responding to. You can see it in the strength of lines like Double RL.”

But the market’s hardly yearning for yet another outdoor brand. “No one is going to want us for what they already have,” he said.

To avoid that kind of duplication, he and designer Frank Gomez, a veteran of the Nesi organization, are pairing outdoorsy buffalo plaids with varsity jackets and sleeveless vests, making cargo silhouettes up in beefy patterns and even shipping outerwear and vests with detachable faux-fur-lined hats.

Nearly incapable of taking on a fashion assignment without addressing denim, Nesi saw to it that Winchester include an assortment of jeans and denim tops, many employing distress and repair treatments.

He’s priced the line to retail from $68, for jeans, up to $149, for a jacket-hat combination. Sourcing, overseen by chief operating officer Ronald Robles, a veteran of Bugle Boy and Nesi, is coming from Asia.

“It’s the mixing of different influences and even ideas from different seasons that’s really defining fashion today,” Nesi said. “You really saw this kind of mixed message all over Bread & Butter” in Berlin last month.

Hunters and fishermen aren’t being overlooked, either. While Winchester supplies new concepts for department and specialty stores, the licensee is, at a slightly lower velocity, selling less fashion-oriented products to sporting goods retailers, who, like their customers, have an inherent appreciation of the brand but less of an appetite for style.

With his fortunes now tied to a piece of legendary weaponry, Nesi is intent on side-stepping controversy. Flag imagery is ubiquitous in the line and collateral materials, but he’s in no way interested in debating gun laws.

But not women’s wear. Although amused by the way in which the relatively strong state of men’s wear has made it a “safe haven for vendors,” he’s intent to take on the category once the line is established.