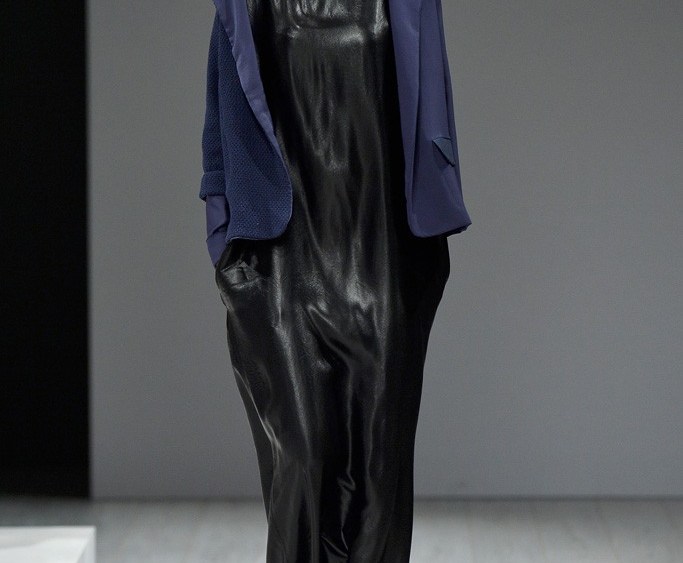 Vladimir Karaleev’s deliberately haphazard approach took on more polish for his resort capsule for women and men, despite fabrics that were often coarse or downright industrial.

A white silk top with a bra-like chiffon drape, worn with hip-skimming pull-on pants in crepe, was glamorous in a Hedy Lamarr way. Karaleev’s main reference was the Seventies, with a healthy helping of denim, which he pieced and/or combined with assorted blues and other tones. Also new was a tactile jacquard, another fabric he said he never thought he’d use. “All that texture looks couture in a tacky way, but in monochrome, I like it,” Karaleev said.