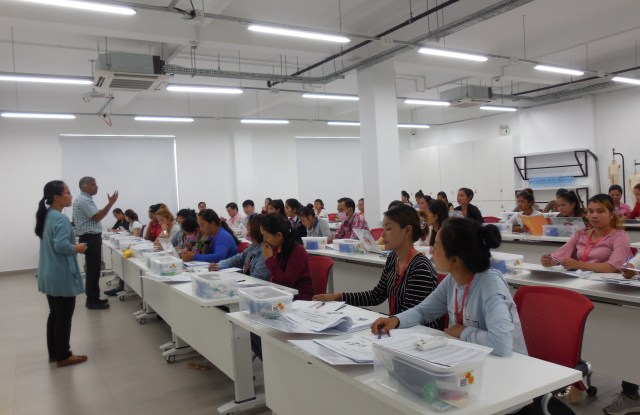 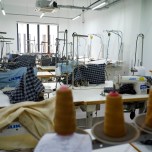 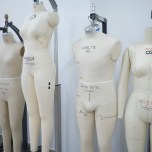 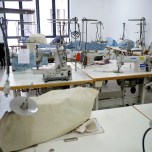 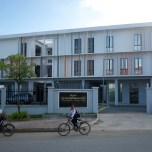 BANGKOK — A new vocational training institute for Cambodia’s garment workers — the first in the country — aims to augment the industry’s flagging competitiveness in the region, a move that international buyers like H&M and Marks & Spencer welcomed.

Last year, Cambodia produced $7.3 billion in apparel and footwear exports, making the sector the country’s most valuable. But manufacturers often warn that its neighboring countries, Vietnam and Myanmar, are looming regional threats, given Cambodia’s monthly minimum wage of $153, its low productivity, and its lack of skilled labor.

With a $3 million loan to construct its facilities in the Phnom Penh Special Economic Zone from Agence Française de Développement, the development body of the French government, the Cambodian Garment Training Institute started offering its first classes in July, attracting more than 80 students from four factories. August classes, which have about 50 students signed up, will focus on quality assurance in the factory and streamlining workplace and decision-making processes.

These classes are for workers in the middle management track of member factories of the Garment Manufacturers Association in Cambodia, all of which pooled together $700,000 to cover the operation costs of the first three years. This amount will be used to sponsor employees from member factories, since workers might not be able to afford them. The courses on hand include apparel development and design making, digital and computer-aided design pattern drafting, social accountability compliance, quality assurance and lean manufacturing. There are also sewing courses available.

CGTI director Andrew Tey explained that while the classes are aimed at middle-management workers, CGTI hopes they will soon be able to offer instruction on the factory floors themselves to line workers.

He added that while classes are conducted by teachers from Singapore and India alongside a local who acts as a teaching assistant and translator, GMAC hopes there will be enough qualified locals to carry out the training in three years.

“Our job is to train as many Cambodians as possible who come into this industry. For those who are already in the industry, our job is to enhance their skills,” he said. “Cambodia needs to be more competitive and GMAC members have also complained in the past that the workers are not well-trained and there isn’t a place to train them. So the members decided to come together, to vote and come up with CGTI.”

An informal survey done earlier this year by the Asia Foundation — which sent out questionnaires to factories’ human resources departments — confirms this problem. It found that the most significant difficulty faced by more than half of the manufacturers during recruitment is finding skilled workers, including those with sewing skills, leadership qualities and technical skills like electrician and quality control.

More concerning, a 2015 report by the Asian Development Bank said “skills shortages are a significant constraint to meeting Cambodia’s aspirations for sustained rapid growth and a diversified and higher-value-adding economy.” The reasons for the shortage range from a deficient education system with unqualified teachers to the constraints of poverty throughout the country on a family, which leads to children being taken out of school to work so that they can contribute to a household income.

For buyers like British high-street retailer Marks & Spencer and German sports brand Adidas, which have supplier factories in Cambodia that sent workers to the July classes, they are waiting to hear feedback from participants before they consider providing funding to the CGTI.

“We believe the institute will help increase the competitiveness of the garment industry by building skills across a variety of fields, from basic sewing to high level specialist pattern making. We would encourage other suppliers to get involved so workers have the chance to enhance their skills and promote to better level of employment and greater opportunities in the industry,” Amanda Glover, a spokeswoman from Marks & Spencer, said in an email, adding that their supplier factory, Dewhirst, will have students taking part in the classes.

“At this stage, Dewhirst has sent a small group of around six workers to participate in short courses at the CGTI — focusing on [industrial engineering], pattern, CAD [computer-aided design], merchandiser/costing skills and compliance/[quality assurance],” she said.

Adidas’ senior manager on sustainability communications, André Mendes, confirmed that two factories have enrolled their workers, though the German sports brand provides its own technical training to their own suppliers.

“We have the manufacturing Excellence (ME) team who gives internal standard training and capacity building to enhance the employee’s productivity,” Mendes said in an e-mail. “The ME team trainings also focus on production-related issues such as waste reduction, lean manufacturing, system changes or preventive maintenance system.”

Meanwhile, H&M — which sources from 48 manufacturing suppliers and 35 processing facilities in Cambodia, making it one of its more prominent buyers — said while they contributed to CGTI’s framework by providing feedback on the courses, there are no plans to provide financial funds.

“CGTI is an important step in the government recognizing the value of increasing the skill level in the industry. With the diverse courses being offered at CGTI, there is a good opportunity for suppliers to improve productivity, quality and also their creative functions, such as designing and pattern making,” Ulrika Isaksson, a representative from the Swedish retailer’s press department, said in an e-mail. “It will affect the Cambodian textile industry as a whole in a positive way.”

While H&M has not implemented any training programs in their supplier factories, Isaksson said they are working to create a wage grid through their fair wage project. “It’s essential that the wage take skills, responsibility level, experience and performance into consideration,” he said.

Soeung Sophary, spokeswoman at the Ministry of Commerce, believes CGTI could be an important stepping stone for the livelihoods of the country’s youth, which make up about two-thirds of the population.

“Even though the impact [of CGTI] is still small right now, in the long run, they will bring a greater impact,” Sophary said. “Cambodia is a late starter, but we have a lot of young people in our population. So to develop them, it might be a difficult in the beginning, but it could be very quick.”