Von Furstenberg Teams Up With Thomas for St. Jude

Diane von Furstenberg is upping the stakes for designer donations. 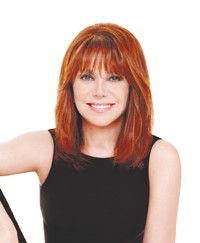 She has agreed to donate $1 for each wrap dress that her company makes — not necessarily sells — to St. Jude Children’s Research Hospital. In doing so, von Furstenberg is helping out her friend Marlo Thomas, the national outreach director for St. Jude, the only pediatric cancer research center that covers treatment and travel-related expenses for patients and their families regardless of their ability to pay. In addition, any research breakthroughs are freely shared with the scientific community.

Von Furstenberg became friendly with Thomas through the designer’s husband, Barry Diller, who has known the “That Girl” actress since their days at Beverly Hills High School. Thomas liked the idea of whipping up something with the wrap dress, since it is timeless and a piece that is done year after year, von Furstenberg said. Her company produces “tens of thousands” of wrap dresses each year, so it will wind up being a sizeable donation, she said.

“I think longstanding commitments are better. Marlo has to raise $500 million and it’s a great cause,” von Furstenberg said. “I like to do things that are forever.”

Thomas agreed. “One of the things I love about this is it’s forever. This really is a lifetime commitment. There isn’t a woman who doesn’t look great in Diane’s dresses. But this gives you a peek into the heart and soul of the woman who designed those dresses.”

Today kicks off the second annual St. Jude “Thanks and Giving” campaign, a nationwide effort that encourages shoppers to look for stores with the St. Jude Thanks and Giving magnifying glass logo, a reminder of the hospital’s ongoing search for cures. With her sister Terre and brother Tony, Thomas is carrying on her late father Danny Thomas’ legacy. He started St. Jude in 1962.

“He was one of 10 children. They never went to the doctor and never had any shots, but he grew up believing that all children had a birthright to good health care.”

Saks Fifth Avenue, Target, Nine West, Marshalls and The Athlete’s Foot are among the retailers that are on board for this year’s program, which aims to raise $20 million. During the holidays, stores will offer consumers the chance to purchase select merchandise that will result in a donation to St. Jude, where 84 cents of every dollar donated goes to research and treatment.

Thomas, a founder of the Ms. Foundation along with Gloria Steinem, Pat Carbine and Marie Wilson, compared the retail initiative to the “Take Our Daughters to Work” program, which was established through the foundation. “It’s much like that except we have monetized it with all our retail partners. For me, the most important part is that people have a place to go, when you’re told by an institution there is nowhere else to go.”

With a daily operating cost of $1 million, St. Jude is the nation’s third-largest health care charity behind the American Cancer Society and the American Heart Association. Thomas also noted the facility now has a 90 percent survival rate for leukemia patients compared with 4 percent when the facility was set up in 1962.

“It’s so inspiring to see children from all over the country. It’s a thrill to see these kids come in with death sentences and to be able to go home — not all of them do, but some do.”