Ones to Watch: Nadia Jones

The 20-year-old Australian contemporary label is entering a new era under a new Chinese owner and British creative director. 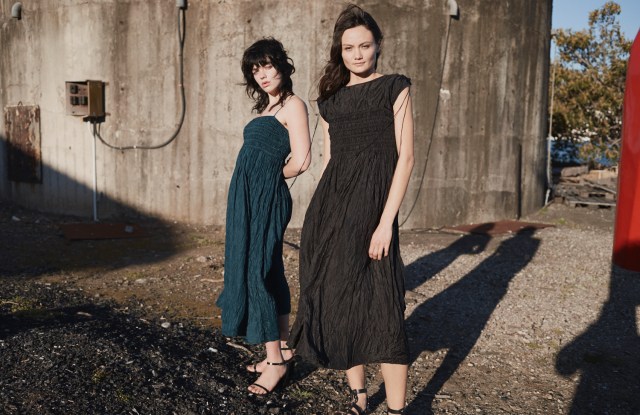 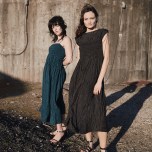 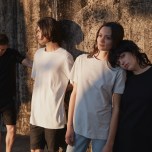 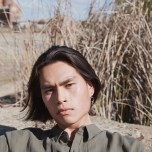 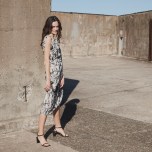 SYDNEY — Kim Jones isn’t the only member of his family tasked with shepherding a brand into a new era.

Two months after Dior Homme’s artistic director debuted his first collection for the brand in Paris, his sister Nadia Jones is preparing to unveil a new look for Nique, a Melbourne-based contemporary women’s and men’s wear label.

To be released in October, spring 2019 is Jones’ first collection since being appointed creative director of the brand in February by new Hong Kong-based owner L Industries Ltd.

Nique was cofounded in 1998 by Nick and Lucy Ennis, initially as a graphic design studio catering to the electronic music industry. A popular spin-off merchandise capsule eventually evolved into a fully fledged fashion collection, wholesale business and a chain of eight freestanding stores across Sydney and Melbourne.

The brand is noted for its minimalist aesthetic, monochromatic palette and accessible price points. To these, Jones is adding more luxury fabrics, prints and dresses.

“Taking the whole brand essence — because I think there’s a really strong brand DNA at Nique — and then just elevating it and offering a bit more choice to our customer,” Jones said of her plans.

Nique turns over just under 10 million Australian dollars or $7.4 million, with e-commerce and wholesale both accounting for 8 to 10 percent and the remaining 80 percent coming from Nique’s stores.

Women’s wear accounts for around 60 percent of the business and men’s wear, 40 percent.

“We love the strong association it has with music and creatives,” she added. “The plan is to grow it as much as we can. [But] I don’t want it to become oversaturated, I think it’s really important to keep the independent feel.”

The collection will be accompanied by a campaign shot by Max Doyle on Sydney’s historic Cockatoo Island.

A ninth store is due to open in October on Melbourne’s Chapel Street, with Melbourne architectural firm Herbert & Mason tapped for a “more industrial” store concept, according to Jones.

Herbert & Mason’s concept for the Nique store on Chapel Street.

Jones originally moved to Sydney with her husband and two-year-old daughter in early 2015, after being headhunted for the creative directorship of another Australian contemporary brand called Marcs.

A graduate of London’s Kingston University, Jones has spent most of her career working at the commercial end of the fashion market, notably 14 years with British high street chain Oasis.

“I always wanted to do beautiful clothes at affordable prices for more people,” Jones said. “And I think there’s something I really enjoy about doing that — being a bit more for everyone and affordable, but still giving them great design. I felt that really strongly when I left college.”

The Laus took full control of Nique in March, after making an initial investment in the brand in 2015, the same year they seeded Christopher Bevans’ Portland, Ore.-based men’s wear brand Dyne, of which L Industries is a majority shareholder.

“At the moment, we are very busy building these two brands and I think they are complementing each other,” said L Industries co-founder and chief executive officer Lincoln Lau, who plans to grow Nique into a 100 million Australian dollar or $74 million global brand within five years, he said, with the next two to three years to see Nique’s retail footprint within Australia and New Zealand expand to 15 to 20 stores.

“We really want to grow when everyone else is trying to scale back,” Lau said.

“Our goal is to make fashion at amazing quality without a drop of waste. And be very accessible to the market at the right price and the right time and right place.”