Sam’s Club is strategizing to stay in the race with such rivals as Costco and its own sibling, Wal-Mart Supercenters. 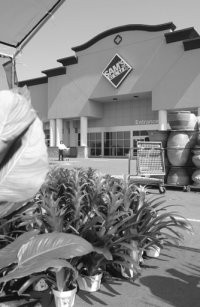 BOSTON — In his autobiography, Sam Walton fondly recalled the founding of Sam’s Club in 1983 as a “second childhood.”

Lately, though, Wal-Mart’s $31 billion warehouse club division has hit an awkward and somewhat listless adolescence, characterized by ebbing profits and a fuzzy corporate focus. Operating profits declined by 2.4 and 0.7 percent in the third and fourth quarters, respectively. Overall, the business failed to grow its operating income in 2002, which remained at $1.03 billion. Sam’s Club’s numbers look especially pallid when compared with the leaps of Wal-Mart’s Supercenters and the gains in recent years of rival Costco Wholesale Corp.

This story first appeared in the March 11, 2003 issue of WWD. Subscribe Today.

Scott’s admission comes after executives have spent more than three years quietly taking wrench and pliers to the 564-store chain.

Successive management teams (Sam’s Club has had five ceo’s since 1992) have revised the chain’s strategy — shifting it from a no-frills, business-oriented club to a dressed-up, consumer-friendly concept. The new format tested in key Texas markets replete with kettle corn, tables of designer duds and celebrity book signings.

But the spiffier stores failed to produce the anticipated return-on-investment, or much traction against Costco, which has made catering to upscale consumers its calling card. The Issaquah, Wash.-based warehouse club has 412 stores and $37 billion in global revenue, making it the warehouse industry’s biggest player. Costco had operating profits of $1.13 billion in the year ending September 2002. It is the SUV crowd’s Saturday morning haunt and the largest seller of first-growth Bordeaux in the U.S., according to Saveur magazine.

Now Sam’s Club appears to be returning to the middle ground — and, apparently, to the masses of middle-income families who have built the Wal-Mart empire — with an initiative dubbed “Club of the Community.”

Broad-stroke demographics explain the reasons for Sam’s Club’s shift: 58 percent of Costco’s membership has a household income over $75,000 versus 43 percent of Sam’s Club, according to consumer tracking firm Scarborough Research.

Under “Club of the Community,” small business customers — traditionally Sam’s Club’s forte — will again be top priority. To keep individual consumers loyal, the company will still bring in unusual and prestigious merchandise to add a “treasure hunt” quality of the shopping experience. The company has jettisoned plans to remodel existing stores à la the Texas units.

“We do not want to do anything adding cost with prettier presentations or signs,” emphasized William DuBose, who moved over from Wal-Mart a month ago to become senior vice president and general merchandise manager for Sam’s Club. “It’s not about the fixtures; it’s about the merchandise.”

To that end, DuBose has mentally reclassified each department according to the type of customer it serves. Men’s and women’s apparel, fine jewelry and personal care products should be consumer-focused “treasure hunts,” seeded with prestigious brands like Montblanc pens, Waterford crystal glasses and Sebastian hair care.

Office supplies, furniture and food, in contrast, will be reworked to provide the best assortment for local businesses — whether that be stocking vats of fry oil or cases of restroom-style paper towels.

In many ways, though, “Club of the Community” is less a bold new vision and more reacknowledgement of fundamental rules governing the warehouse industry. Clubs must execute on two fronts: catering to the small business owners, while keeping casual consumers engaged and paying the $35 annual fee, which adds a chunk to the bottom line. In fiscal 2000, when an accounting policy change forced it to break out the number, Sam’s Club collected $706 million in membership dues alone.

Although a smaller percentage of the overall membership, small business owners typically provide the bulk of sales volume percentage-wise.

DuBose insisted Sam’s Club can serve both constituencies while keeping within its 3,800 to 4,000 sku count.

To woo small business owners, five staffers at each club have been “refocused,” DuBose said. “They know their sole purpose is to be out visiting with business owners to find out what they need.” The company is touting “Gold Key” extended hours for business members only and has swapped out sku’s in key departments. In office supplies, for instance, single-line phones have been exchanged for multiline models. School supplies are out; neon “Open” signs and paper shredders capable of reducing a phone book to confetti are in.

Ceiling signs trumpet “We are in Business for Small Business.”

The push to make the assortment more compelling to families is subtler. Buyers will be working harder to land novelty product and prestigious brands, said DuBose, catching customers pleasantly off-guard.

“We want consumers to go to a Sam’s Club and be surprised about the things we turn up — Waterford crystal, Levi’s jeans, designer bags or fragrances, or the latest gadget,” DuBose said. “That’s why we all love shopping. That’s the fun in it.”

A 15-year Wal-Mart veteran, DuBose’s experience lies in the consumer product mix. He worked his way up from a men’s wear buyer to vice president and general merchandise manager of men’s and boys’ apparel before moving to similar roles over women’s apparel and then health, beauty and pharmaceuticals.

He’s also one in a long list of talent reassigned from Wal-Mart to spruce up Sam’s Club. Kevin Turner, the 37-year-old ceo who started as a vest-wearing Wal-Mart hourly associate and became the company’s youngest corporate officer at age 29, has led the division since August 2002. Wal-Mart Stores president and ceo Tom Coughlin also carries the ceo and president titles for Sam’s Club — an indication that the division is being monitored from on high by senior Wal-Mart executives.

And there’s no doubt that the need for Sam’s Club to find a vision — and management — that sticks are crucial. Especially since Costco, under increasing pressure from the tough economy and other issues, has shown its first cracks. Profits slipped 5 percent in the second quarter ending Feb. 16, causing the company to miss its estimates. Costco cfo Richard Galanti cited spiraling costs of worker’s compensation in California for the miss and said the issue would continue to dampen earnings.

The third player in the warehouse field, Natick, Mass.-based BJ’s, has struggled to expand beyond its northeastern power base and recently announced it would tweak its strategy to become more focused on shopping moms. The company has 140 stores and $6 billion in revenue.

Sam’s Club also needs to stabilize its shrinking piece of the Wal-Mart corporate pie. It slipped to 13.5 percent of total sales in fiscal 2002 compared with 15 percent in 2000. That percentage is likely to sink again in fiscal 2003 with the growth of Wal-Mart Supercenters overseas and a modest Sam’s Club expansion plan that calls for roughly 15 new clubs. Sam’s Club will enter the Canadian market this year with six stores — locations have been confirmed in Vaughan, Pickering, and London, Ontario. Costco, in comparison, has 61 stores in Canada.

Wal-Mart is “frustrated with their inability to solve the Sam’s Club puzzle,” observed Neil Stern, senior retail partner with Chicago-based retail consultancy McMillan Doolittle. “It’s the one continuing negative in their business and I would say they’re extremely dissatisfied with it.”

Therese Byrne, editor and publisher of Retail Maxim, said Sam’s Club has “always been an odd asset” of Wal-Mart’s.

“It’s sort of like Target’s Mervyn’s chain. What are they going to do with it, for Pete’s sake?” she asked rhetorically. “It’s uneven in quality from region to region. And I don’t think they have the quality equation down, the way Costco does.”

George Whalin, founder and president of Retail Management Consultants in San Marcos, Calif., said Sam’s Club has missed out on prime metropolitan markets where Costco has planted stakes and has been hurt by choosing suburban locations too close to a Wal-Mart.

Sam’s Club may be Wal-Mart’s weak link, but overall “it’s a very strong chain,” said Darrell Rigby, head of Bain Consulting Group’s global retail practice. Wal-Mart is wise to pour more resources into its supercenter, he pointed out because, “they’ve got Kmart on the ropes, so there’s a huge opportunity for them.”

Sam’s Club may be on the corporate back burner, he added, but it is healthily profitable, adds to buying leverage and is another venue for the retailer’s constant experiments with price and volume.

Michael Clayman, who publishes the weekly journal Warehouse Club Focus, said in transitioning back to small business customers, Sam’s Club has to make sure it doesn’t lose consumer members and their discretionary spending.

“That’s going to be the struggle for them: how do you keep consumers coming while you focus on small business,” he said. “And I think apparel is one of the key areas they’ll use to balance that.”

“We’re not going to buy closeouts on last year’s stuff,” he said. “We want great product and we don’t want to be a year behind.”

Regardless, scooping up better apparel brands is a thankless task made tougher with vendors running leaner inventories and able to pick and chose among discount suitors. BJ’s announced last week that convenience groceries and better apparel brands are the linchpins in its own corporate makeover.

“There is simply not enough apparel around for [Sam’s Club] to grow at a faster pace,” observed Bruce Berton, director of international business for accounting firm Stonefield Josephson “The team at Marmax [TJX Cos.] are the biggest out there. They’ve been at it the longest and they’re getting the best picks in terms of apparel.”

Adding to the difficulties, many vendors embed clauses in purchase orders to keep goods from being resold to warehouse clubs.

Mark Brutzkus, a partner with Los Angeles-based apparel law firm Ezra Brutzkus Gubner, said Oakley etches an identification number onto glasses so they can trace the origin of goods ending up in an unauthorized retail channels.

“There are a number of companies like Oakley keeping very tight control because they don’t want their goods in a Costco or Sam’s,” he said. “If you’ve got current season, first-quality goods in Costco selling at five percent over wholesale and the same stuff in Macy’s East or the Bon Marche, you’re going to create a problem.”

Calvin Klein, of course, was famously unhappy at Warnaco’s jeans and underwear dealings with Costco, but other brands such as Big Star, Bongo and Lucky have been chagrined to end up in warehouse clubs, according to industry sources. In 2001, a distribution deal gone sour landed hand-made Aloha brand surfboards in Costco. They sold for $199, roughly $30 less than wholesale, causing ripples of consternation throughout the surf industry about the devaluing of core brands.

A better alternative, Berton said, may be for vendors to produce separate, lower-priced lines flavored like their mainstream brands exclusively for a warehouse club.

The women’s assortment made more of an attempt to service trends, with Gloria Vanderbilt stretch jeans and Pierre Cardin gold-embroidered peasant tops.

Costco is also clever with its Kirkland private label, which is often co-branded with the manufacturers. Product ranges from Kirkland fridges by Whirlpool to Kirkland jelly beans by Jelly Belly.

Whalin said given parent company Wal-Mart’s various operational strengths, what Sam’s Club currently needs is a spicy pinch of creativity. “Wal-Mart has never had to be a terribly creative retailer. And I think, as good as the warehouse business has gotten, that’s exactly where they need to go to compete.”