Warnaco: In Hot Pursuit of Brands

NEW YORK — The Warnaco Group, which has had more than its share of action in the first six months of the year, isn’t likely to take a breather in the second half.

Since Joseph Gromek joined Warnaco in April 2003 as president and... 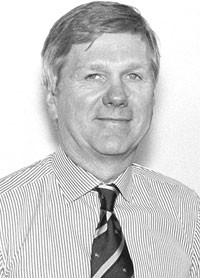 NEW YORK — The Warnaco Group, which has had more than its share of action in the first six months of the year, isn’t likely to take a breather in the second half.

Since Joseph Gromek joined Warnaco in April 2003 as president and chief executive officer, Warnaco has been on a mission of creating innovative products and businesses and making high-level changes in the executive ranks.

Among the initiatives are the launch of the secondary Lejaby Rose lingerie brand, estimated to generate wholesale volume of close to $4 million the first year, as well as the securing of two high-profile licensing deals: JLo Lingerie by Jennifer Lopez, which will be launched at retail this month and is expected to generate first-year wholesale revenues exceeding $40 million, and a multimillion-dollar deal for swimwear by Michael Kors and Michael Michael Kors, which will be part of the Warnaco Swim division. The swim lines debut for cruise 2006.

It’s no secret that Warnaco continues to be on the prowl for acquisitions that will add dimension to its substantial portfolio of brands and businesses, which in fiscal 2003 generated $1.37 billion in wholesale revenues. Most notably, one Warnaco insider said the company has been “approached” by ready-to-wear and bridal designer Vera Wang to manufacture, market and distribute a full range of intimate apparel bearing her name. However, Warnaco officials declined comment. A number of innerwear manufacturers acknowledge the Wang name has been shopped around since January, and a Wang spokeswoman told WWD the designer is “exploring opportunities” in the lingerie field.

Executives believe the reason a designer of Wang’s stature in the luxury world would be an ideal fit with Warnaco is that Warnaco doesn’t need another celebrity label like Lopez, whose masterbrand company Sweetface Fashion Co. expects to generate overall retail revenues of $375 million this year. Wang’s designer firm is expected to generate retail sales of $250 million this year, including licensees.

Gromek, who was on a business trip to the West Coast last week, was unavailable for comment. But it appears to be a timely trip if Warnaco wants to beef up its arsenal of Warnaco Swim brands. As reported this month, Warnaco has its eye on several firms, including Irvine, Calif.-based Ocean Pacific, whose annual wholesale volume is in the $250 million range and which has annual licensing royalties of around $18 million, and Los Angeles swimwear specialist Apparel Ventures, which does about $90 million in wholesale volume. Op’s swimwear is licensed to Apparel Ventures, which also has Ralph Lauren swimwear lines.

The Op lifestyle brand in particular is regarded by industry executives as a strong asset for Warnaco, primarily because it represents an opportunity for brand extensions, such as lingerie, as well as the potential for taking lucrative licensees in-house.

The company has also made some major executive shifts this year. The most recent development was Gromek’s decision to raid Liz Claiborne’s inner circle of executives in June, when Helen McCluskey was named group president of Warnaco’s Intimate Apparel division. Former president of the Special Markets group at Claiborne, she was responsible for such brands as Crazy Horse, Villager, Emma Jones, First Issue and J.H. Collectibles that are distributed to mass chains, discounters and department stores. McCluskey begins her post at Warnaco in the middle of this month and succeeds Tom Wyatt, who resigned in May.

Another key move was the appointment of Frank Tworecke as group president of the sportswear division in April, overseeing the Calvin Klein Jeans and Calvin Klein Underwear businesses, as well as the Chaps men’s line. He succeeded John Kourakos, who left in November. Tworecke had been Bon-Ton’s number two executive, serving as president and chief operating officer of the York, Pa.-based regional department store chain since March 2003. Before that, he served as Bon-Ton’s vice chairman and chief merchandising officer for four years.