Sweetface Fashions has signed a license for Warnaco to produce a JLo intimates collection. 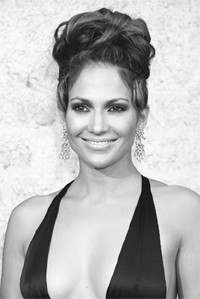 This story first appeared in the November 12, 2003 issue of WWD. Subscribe Today.

The entertainment diva’s entry into intimates comes through a partnership with intimate apparel giant Warnaco Group, which has signed a worldwide licensing agreement with Sweetface Fashion Co., the master brand company for the JLo brand, to produce a line of intimate apparel bearing the JLo by Jennifer Lopez name. The new line will bow for fall 2004.

Warnaco’s president and chief executive officer, Joe Gromek, said the addition of the JLo by Jennifer Lopez mantra to Warnaco’s prodigious portfolio, which includes Calvin Klein Underwear, will be an integral part of the company’s ambitious plan to nurture brands that have global appeal. The new venture for Warnaco will be the first show biz-connected label since 1998, when the company discontinued the Marilyn Monroe by Warner’s line.

“Since I joined Warnaco, the one name we wanted to have was Jennifer Lopez,” said Gromek, noting that 40 percent of Warnaco’s $600 million in annual intimate apparel volume is derived from sales outside the U.S. “We like it that this represents an international opportunity. It’s a natural adjunct to our Calvin Klein business.”

This will be the first licensed collection of lingerie for the ubiquitous Lopez, who was among the first celebrities to cross over from the music field and the silver screen into the fashion arena with counterparts like rapper and former paramour Sean “P. Diddy” Combs.

Officials at Warnaco and Sweetface Fashion would not give sales projections. But Denise Seegal, president and ceo of Sweetface, described the addition of lingerie as a “spoke in the megabrand wheel” of the JLo phenomenon. Sweetface was started in 2001 by Lopez and partners Andy Hilfiger and Joseph Lamastra. JLo products sold at retail are expected to exceed $175 million in 2003, she said.

Regarding advertising and marketing campaigns, Seegal said there are plans to “style” various JLo products with a hint of lingerie. A key example has been perfumed hang tags on JLo apparel and music CDs. There are no current plans to cross-merchandise JLo products in one area at major stores. However, Seegal acknowledged the idea could be implemented at a Sweetface store sometime in the near future.

She noted that Lopez is “totally involved from the concept to helping fit the product herself.”

“We meet with her every four or five weeks,” Seegal said. “We talk about what she loves in a product, what she is feeling and she has first say on designer clothes from all over the world with concepts, colors, fabrics and silhouettes.”

Tom Wyatt, president and ceo of Warnaco’s Intimate Apparel Division, which includes the Olga, Warner’s, Body Nancy Ganz, Lejaby and Lejaby Rose brands, said initial distribution for the first six months will be 400 to 500 doors, and will be expected to grow to a “mature door brand” of 1,800 to 2,000 doors. The celeb’s perfumes, which include Glow by JLo and Still Jennifer Lopez, are distributed to some 2,200 doors.

Lopez, who also serves as creative director, said in a statement that she was “honored to partner with Warnaco, an industry leader, to produce JLo by Jennifer Lopez lingerie as an extension of my fashion company.”

Officials said Lopez will have final approval of product.

Product samples and concepts were not available at press time, but Wyatt said the image of the lingerie will personify “fashion and the fresh, young glamour” equated with the JLo image. There will be “lots of lace, Lycra blends, silks, cotton and Modal-like cotton.” Prices haven’t been finalized, but bras are expected to sell at a suggested retail of $24 to $35. A “full-figure element” will be part of the collection as well, similar to the concept of the JLo by Jennifer Lopez Lovelies line of sportswear for fuller figures.

The collection of bras and panties, as well as sleepwear and loungewear, will be previewed by Warnaco in January. The 2004 fall line, which will be aimed at better department stores and a network of specialty operations that sell JLo products, will officially be unveiled in March.

Wyatt said: “The collection will definitely be in her spirit. We don’t look at it as a junior line. I’d call it modern. It will be for women who enjoy dressing up and enjoy buying and wearing lingerie because it’s lingerie.”

The line is merchandised at Warnaco by Jeanette Cantone, who also serves as vice president of merchandising for the Olga and Olga’s Christina brands.

The lingerie pact extends the JLo product empire, which has grown to include sportswear, sunglasses, swimwear and fashion jewelry, as well as handbags, outerwear and perfume. The deal does not include the Sweetface name, which will be part of a line extension of the JLo by Jennifer Lopez sportswear collection, to be introduced for holiday selling.

Meanwhile, in other developments, it was learned late Tuesday night that Warnaco is expected to sell ABS by Allen Schwartz, a young contemporary sportswear line, to Allen Schwartz and Armand Marciano, former senior executive and assistant secretary of Guess Inc. Terms of the transaction were not available. During Warnaco’s three-year reorganization plan, the company had identified ABS as a “noncore asset.” Warnaco acquired the sportswear firm in 1999.