The true believers were out in force at the Smart Fabrics and Wearable Technology Conference in San Francisco last week. 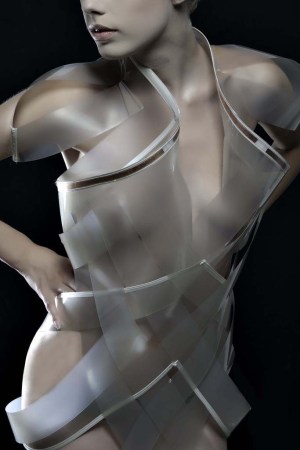 When reports started flying earlier this month that Nike fired the majority of its FuelBand team, many questioned whether it was a big white flag of surrender in the race for truly wearable tech.

Some even suggested that FuelBand layoffs and the tepid reception of Samsung’s Galaxy Gear may usher out the wearable tech revolution altogether — unless Apple does indeed save the day with an iWatch launch.

But the true believers on the front lines at the Smart Fabrics and Wearable Technology Conference in San Francisco last week viewed the FuelBand layoffs as an inconsequential glitch on the road to wearable-tech progress.

“It just might not be the product for the future,” said one attendee from the tech industry who requested anonymity. “It’s such a generic scoring system. If I’m scoring higher in fuel points it could be just because I’m gesturing with my hand, not running. When you’re building smart products you need to make sure that the info you’re grabbing can lead to insights for the consumer.”

Nike spokesman Brian Strong did not immediately respond to a request for comment Monday, but previously told CNET: “As a fast-paced, global business we continually align resources with business priorities. As our digital sport priorities evolve, we expect to make changes within the team, and there will be a small number of layoffs. We do not comment on individual employment matters.”

Business leaders continue to be keenly interested in the intersection of fashion and technology, and research and development people from Apple and Disney were checking out the scene at the conference, although declining to comment.

From the presentations and booths at the conference, it is apparent that the machines are still firing up for the future. Companies such as Seattle-based startup Heapsylon presented socks made out of undisclosed “propriety 100 percent textile sensors” called Sensoria. The conductive material can track steps, calories, speed, distance and stride. Textile sensors and a detachable anklet power the socks. When the wearer is stagnant for too long, the sock can be programmed to alert them to move. It can even tell loved ones that the wearer has had an accidental fall. But its main hook is that it gives runners gait and speed analysis for long-term tracking or immediate cyber coaching.

For other companies, technology is providing a natural assist to safety. Reebok presented Checklight, a skullcap that senses the intensity of hits during high-impact sports such as football. The light on the caps glow green, yellow or red depending on the likelihood of concussion, a condition that often goes unattended in sports.

The question that Reebok’s vice president of advanced concepts Paul Litchfield posed was: How can one create a product that’s going to be used for a long time and not simply seen as a novelty?

It seems that for the Reeboks and Heapsylons of the wearable tech revolution, the answer is to become indispensable to athletes who set the trends for the increasingly fitness-crazed masses.

For products and designers on the other end of the fashion spectrum, the path is perhaps not as simple and the value proposition is less utilitarian. Representing this camp at the conference were companies focusing on style with the help of 3-D printers and LEDs, or light emitting diodes.

While LEDs within apparel feel very futuristic, they’ve actually been around for longer than some fledgling designers have been alive. Today, it seems like only early adopters of style — performers such as Katy Perry — can get away with a bra top that outshines the Rockefeller Center Christmas tree. But many forget that regular civilians have been playing with LEDs since the Nineties when the popular LA Gear sneakers lit up footsteps across the nation (they’re still available at Sears for those feeling nostalgic).

For Anouk Wipprecht, an artist in residence at Autodesk, a 3-D software design corporation, the arts of 3-D printing and sensing technology come together in a collection of dresses called Intimacy 2.0, which become transparent and sexier according to biometrics. She calls these plays with transparency a “dialect” between the wearer and the dress.

Another 3-D designer, Julia Koerner, presented a dress called Hybrid Holism, which was almost translucent to start and meant to serve as a second skin. Koerner, an architect by trade, discussed a 3-D technique called Mammoth Stereolithography, which uses laser beams to harden polymers and transform them into fashion statements.

Her engineering background leads the way for her designs. “I wouldn’t say there’s a lot of difference between designing structures and couture,” said Koerner. “My architectural background and knowledge in computational design methods allow me to be able to create these complex 3-D models. These dresses are very expensive to produce and, besides various small test prints, you do not have a second chance to print the whole dress twice. Whatever I do in the 3-D file has to be perfect and work out.”

Koerner has collaborated with Iris van Herpen and her couture pieces have appeared on runway shows in Paris. But her view on wearability is realistic: “Currently the designs are still rather uncomfortable due to the fact that the materials are still very hard, but I think the more flexible the material gets the more comfortable it will be to wear such garments. There is a difference between haute couture pieces, which are meant to be exhibited in a museum as an art piece and ready-to-wear fashion clothes. I don’t think we are quite there yet to talk about the clothes and their comfort parameter.”

The tech trend is set apart by its transitive nature.

By way of 3-D printer, anyone can download and print a gown for free off of Thingiverse.com, an open-source file-sharing site for makers. The high fashion Francis Bitonti Studio Dress has seen 2,353 downloads since it was published on March 11.

The hope, at least among some in the tech set, is that this new spirit of sharing could unlock couture for all.

But the rest of fashion is left to wonder when wearable technology will be ready for prime time and, if that moment does come, what it will mean for the industry at large.