What to Watch: Copycat Crackdown

NEW YORK — If the last several months are any indication of where trademark infringement activity is headed, then expect more lawsuits on the horizon. 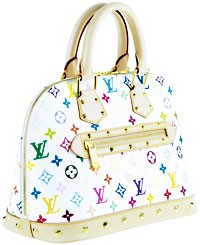 NEW YORK — If the last several months are any indication of where trademark infringement activity is headed, then expect more lawsuits on the horizon.

High-profile firms such as Cartier, Tiffany & Co. and LVMH Moët Hennessy Louis Vuitton have been just as busy drawing up plans for new merchandise offerings as they have in drafting legal documents against alleged infringers.

Harley Lewin, an attorney at Greenberg Traurig, who represents Cartier in several intellectual property matters involving counterfeiting allegations, said firms intent on protecting their trademarks have to be even more vigilant then before.

“Companies looking to protect their trademarks have increasingly used more sophisticated techniques in their fight to battle infringers. At the same time, we’ve also seen a significant change in how the business of counterfeiting is being conducted. As sophisticated as the good guys have been, so too have the bad guys become just as sharp in their skills,” the attorney said.

Lewin explained that items such as handbags and watches can be mass produced faster and easier through laser techniques and cutting dies than before. Adding insult to injury, the latest counterfeits are of better quality and are more cheaply made than their predecessor copies.

When it comes to copycatting and lost profits, brand owners do not believe that imitation is the sincerest form of flattery. According to information from the U.S. Customs and Border Protection Service, fashion merchandise seized at U.S. borders during fiscal year 2003 was valued at $32.8 million, or 34.9 percent of the total $94 million in confiscated knockoff goods.

Meanwhile, Tiffany pursued a course of action against online auction host eBay Inc., alleging trademark infringement and unfair competition. The purveyor of high-end gifts best known for its classic robin’s egg blue box believes that eBay should bear responsibility for the sale of counterfeit products on its site. The lawsuit was filed last month in a Manhattan federal court. A spokesman for eBay said that his firm has not yet filed an answer, but is expected to do so within the next few weeks.

Perhaps what may be the most copied mark involves the prized Murakami designs, a new take on the LVMH Toile monogram trademarks featuring four collections of multicolored patterns and styles of handbags and accessories.

No slouch at protecting its marks, the Louis Vuitton Malletier division of LVMH has been busy filing lawsuits against companies it said infringed on the famed Murakami designs.

And while LVMH has historically focused on suing counterfeiters, its legal focus took a slightly different turn in April when it filed a lawsuit against Dooney & Bourke Inc. The lawsuit, while alleging trademark infringement and unfair competition claims, doesn’t contain any allegations of counterfeiting.

In the Dooney lawsuit, filed in Manhattan federal court, LVMH said that Dooney introduced a line of “knock-off bags” featuring brightly colored, overlapping monogram initials on a white background, similar to one of the Murakami designs. Dooney is alleged to have also introduced a second group of “knock-offs,” this time on a black background that is also similar to one used in a Murakami design. The overlapping monograms on the Dooney bags involve the firm’s own mark. Executives at Dooney declined comment.

In the Dooney lawsuit, LVMH said nearly 70,000 handbags and accessories featuring the Murakami design have been sold in the U.S., with a market value of over $40 million. Yves Carcelle, chief executive officer of Louis Vuitton, has said LVMH has a zero tolerance policy to trademark infringers. He disclosed to WWD recently that the brand also has increased its budgets for trademark protection. — Vicki M. Young