What to Watch: Pricing Power in Textiles – for Now

After years of constant pressure to lower selling prices, textile firms this year saw some signs of prices stabilizing or rising. 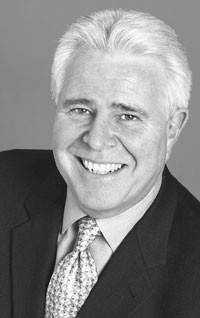 NEW YORK — For much of the past decade, textile firms and apparel importers could count on three certainties in life: death, taxes and deflation.

But after years of facing constant pressure to lower their selling prices, manufacturers this year saw some signs of prices stabilizing or rising. A few U.S. textile makers said they plan to raise prices in the coming months.

“We’re seeing a little bit of pricing power and have been able to get our prices up,” said Keith Hull, president of marketing and sales at Graniteville, S.C.-based Avondale Mills. “A lot of it is just because the raw materials have pushed us pretty hard.”

Most executives interviewed pointed to two culprits as responsible for price increases: oil and cotton, both of which are trading at significantly higher levels than they were a year ago. For the first six months of the year, crude oil traded at an average price of $33.10 a barrel, 19.5 percent higher than its average of $27.69 last year. Cotton prices, meanwhile, reached 64 cents a pound in May, 16.4 percent higher than their prior-year level of 55 cents. (See related chart, this page.)

The results of these higher prices are showing up in two key measures tracked by the U.S. Department of Labor. Last month, the department reported the Consumer Price Index for women’s apparel in May was up for a third straight month and the Producer Price Index was up for a second consecutive month. While domestically produced apparel today represents less than 10 percent of the business, domestic makers must compete with foreign suppliers for customers, so their prices tend to track each other fairly closely.

James Martin, president of the apparel fabrics unit at Danville, Va.-based Dan River Inc., said his company has started to tell its customers it will be raising prices for the third and fourth quarter.

“We are at a point where we have absorbed, for far too long, increases that most recently have been exasperated by energy issues, which has affected not just the cost of energy to run our facilities, but raised our prices on the whole raw-materials side,” he said. “Nobody is happy about that, including us, but it’s at a point where some of that has to come.”

The price of oil affects the cost of running a textile mill in many ways — from the cost of energy to run the looms and the lights, to the chemicals and dyes used in processing fabrics and the many oil-derived synthetic fibers, such as polyester and nylon.

He said his firm would be raising prices by 1 to 2 percent, an amount he said only partly offsets rising expenses.

“I can’t tell you the last time we asked for any price increase,” he said.

Most executives interviewed agreed the fabric price hikes came only after many months of rising costs. The price of cotton has been climbing as a result of growing demand for the fiber overseas, particularly in China. It has slid since topping out in February at 75 cents a pound. In mid-2001, it had been trading at around 42 cents a pound.

“Obviously, cotton prices have been very strong for the past 12 months, though they’re a little weaker now because it’s the off-season,” said James Gutman, president of Pressman-Gutman, a New York-based fabric and garment importer that primarily deals in Asian fabrics and sells some apparel made under contract by Central American factories. “I’d think they’ll continue an upward movement once we get back into the spring season.”

The government’s PPI and CPI figures show a more modest increase in garment prices than in their commodity components. The May women’s apparel CPI was 2 percent higher than the previous year’s level, while the PPI for all apparel — men’s and women’s — was up 0.1 percent from a year earlier. The May PPI for women’s apparel was ahead 0.1 percent from April, which had been up 0.3 percent from March, but a year-over-year comparison was not available due to a change in the method of the data collection.

Rising energy prices have also taken a toll on foreign textile suppliers, though executives differed as to the degree of impact.

Hüseyin Ünver, president of Holsa Inc., the New York arm of the Turkish textile company Holsa, a division of the Sabanci group, said of oil’s price rise: “Of course, it’s somewhat affecting our profit margins, but it hasn’t really reached a level that would force us to increase our prices drastically.”

Rick Darling, president of Li & Fung USA, the New York arm of the Hong Kong sourcing powerhouse, said, “We did see stabilization” in prices from suppliers, rather than continued declines. But he said the company hadn’t faced price increases at the factories where it buys goods.

Industry officials also disagreed on where the price trend was headed.

Gutman, the importer, said, “We’re going to have this cost push, this inflationary pressure on the market, and as long as demand remains constant, I think prices will tend to inch up.”

In the long run, he suggested, rising costs would mean further tightening of profit margins for textile and apparel vendors, since shoppers are reluctant to accept higher prices.

“You go into the stores and the price points on the garments are still exactly the same as they were two or three years ago,” Gutman said. “It all depends on how much they’re discounting. Prices have been going down in this industry for 10 years. It’s such a headset, such an assumption that prices go down. It’s like turning around the Titanic to get people to accept real price increases.”

Whatever happens to the cost of oil and cotton, there’s another dynamic that Li & Fung’s Darling noted is likely to cause garment prices to drop next year.

“It appears to us that toward the end of this year and into next year, with the quotas coming off, we’ll see continued deflation,” Darling said.

The 147 nations of the World Trade Organization are set to drop their quotas on apparel and textiles on Jan. 1. That is expected to trigger two developments which would tend to push apparel costs down. First, the end of the quota system would mean that U.S. importers no longer have to pay for quota rights, which are traded like informal commodities in many nations and can add materially to the price of a garment. Second, the end of the quota system will mean unrestrained competition between factories in many countries, which may turn to price-cutting as a way of attracting and keeping customers.

Executives at many U.S. retailers and branded apparel importers have predicted that garment prices overseas next year could drop by 8 to 15 percent after the quotas are lifted.

Darling said he believed that range was high.

“That kind of percentage decrease might take place over a number of years,” he said. “Maybe that’ll happen over the next three or four years.”

He said decreases of 5 to 8 percent could be “more realistic” for the first year of quota-free trading. But that could be enough to return prices to their downward track.

Of the recent price stabilization, he said, “It’s a reprieve for a year or so and then we expect deflation again going into next year.”