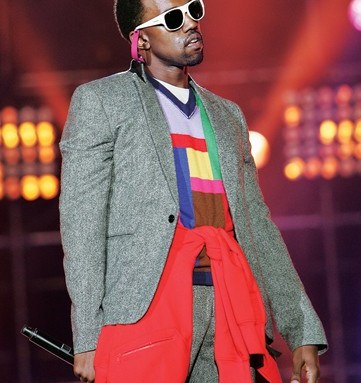 I think you’re looking at it right now.
— Jason Biggs

I just learn from my mistakes.
— Kanye West

Growing up, it was important that my twin sister [Samantha] and I looked exactly the same. So when we were 13, she cut her hair really short at a barber shop and I had to do so as well. Not cute.
— Charlotte Ronson

Way too many.
— Jessica Alba

Many, but I’m always prepared to rake risks. Sometimes I feel like blending in and sometimes I don’t.
— Naomi Watts

I’m young. Everyone makes fashion mistakes then. You’re supposed to look like a dork.
— Kirsten Dunst

Knock on wood, I haven’t had an awful one yet. Now, I’m going to fall over and my dress is going to rip.
— Kate Mara

There’s this really long Gaultier coat with broad shoulders I bought when I was still a student. It must have been 1996. As I’m not very tall, on me it was terrible!
— Olivier Theyskens

The MTV Awards in the nineties. I wore yellow leather jeans. They were a creamy colot. They were beautiful. On top of that, I had a striped tube top — it was high-fashion, designer cashmere. And over that, a fur vest. It was overload central.
— Sheryl Crow

I had this pair of black MC Hammer parachute pants that I tucked into my socks every day of sixth grade — thinking no one would notice I wore the same pair of pants to school every day. Then this boy I had a crush on totally called me out on it.
— Elizabeth Banks

An outfit overloaded with patterns and colors that a designer sent me. In retrospect, I don’t think I’d ever repear it. As I’ve gotten older, my taste has gotten simpler.
— Monet Mazur

My big eighties hair, though I might look back in 10 years at my hair tonight and regret it.
— Fergie

A shell suit that I technically did not buy but was a present. Not only did it make me look like an extra from a keep-fit video, I then sat in front of a gas fire in it and melted it to my skin!
— Henry Holland

I showed up to a Clive Davis party — drunk — with a black wig with a big bow like from Hairspray and a pink dress. That picture has come back to haunt me.
— Kelly Osbourne

Check out the biggest fashion disasters from those who never learn.