WWD photographer Kuba Dabrowski looks at how the street-style scene could evolve into a more intimate affair once the coronavirus abates and fashion finds a new normal.

BERLIN — For street-style photographers, the coronavirus crisis still feels abstract: It affects our future but hasn’t yet touched our day-to-day business, and the magnitude of the coming shift hasn’t fully kicked in.

It’s clear that street style, as we know it, will simply not exist as designers look for new solutions to showcase their collections. London Fashion Week has already revealed plans to go fully digital in June. The need for photographers and their subjects to be in the same physical space is a requirement of the job — and no high-tech inventions are going to change that.

Photographers in the field will have to find new ways of working, at least for now.

Street style is a complex system of parallel realities, each fulfilling a different demand in the market: Photographers work for editorial clients, influencers, syndication agencies, online retailers, trend forecasting agencies. Some simply do it as a hobby. Each will face a different set of obstacles and a different future in a post-corona world.

The most optimistic scenario is that physical fashion week is reimagined into a smaller production, at least until a vaccine is widely available and the world opens up again. This is where, as street-style photographers, we can really start to speculate about the future — and find silver linings. 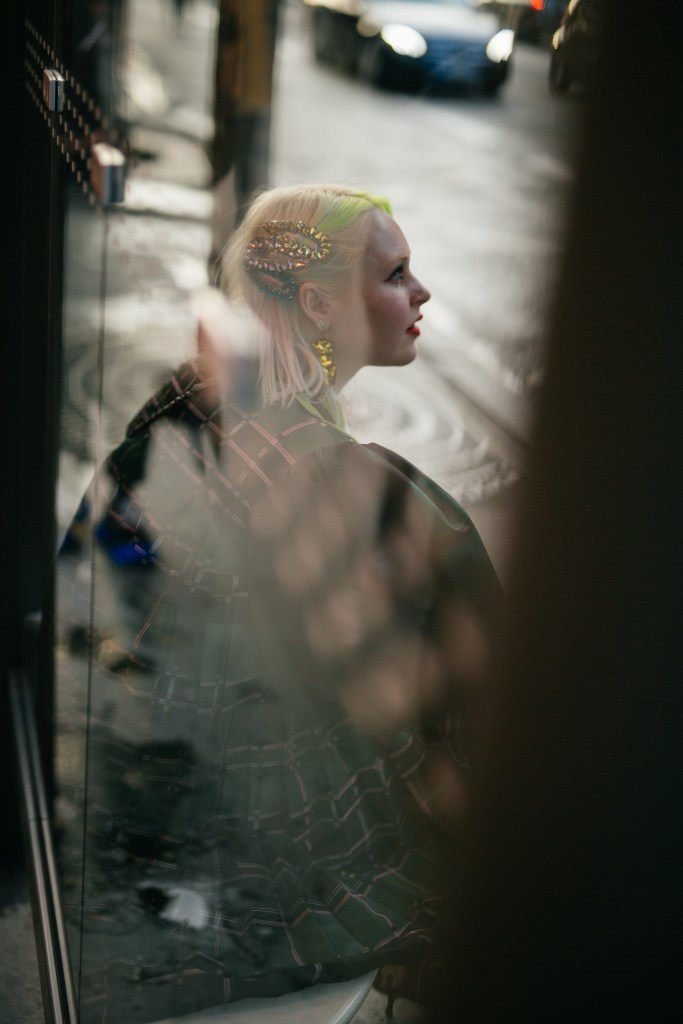 LOOKING TO THE PAST

The Charlie Hebdo and Bataclan terrorist attacks in 2015 in Paris already gave us a glimpse into what the future, post-COVID-19, might look like. At the time, in order to limit the crowds outside the venues, the Fédération de la Haute Couture et de la Mode stopped publishing the addresses of the shows on its official web site.

This simple move immediately exposed “class” divisions within the street-style industry: Photographers working with publications and serious agencies were getting the lists of addresses from their respective offices, while the rest were forced to ask around or to follow colleagues who knew.

The result was that the street-style scene at usually crowded shows like Comme des Garçons felt much quieter than usual and reminiscent of the atmosphere a decade ago when the genre was just starting to take off. During the gilets jaunes protests last year, there was a similar turn of events. At the Sacai show at the Grand Palais, guests had to be let through police barricades with an invitation, press ID or official Paris Fashion Week accreditation.

We could once again be moving toward more restricted access formats across the board, similar to what some of the bigger names have been imposing in Paris. The likes of Dior and Louis Vuitton tend to grant a group of street-style photographers a special “courtyard” access inside their venues, which allows them to move and work freely within the premises.

If that scenario plays out, the core focus of our role will be to report on what is happening at the shows, even if the styles become less extravagant. The budgets and the number of working days might change, the appeal of the photos to the general public might lessen a bit, but the core idea behind the job is probably not going to be much different to what it used to be.

The danger is that photographers who are not associated with an established client, which is the majority of the street-style crowd, would struggle for access, and that would be disappointing for many.

The street-style genre was born from a pure love of fashion or photography, and with the purchase of a plane ticket and a room on Airbnb, anyone could participate in the spectacle that is fashion week, observing and documenting the carnival from outside of the shows. If these shows do become less accessible, it would come at a loss to the naïveté and spontaneity, which have always been part of the genre’s appeal. 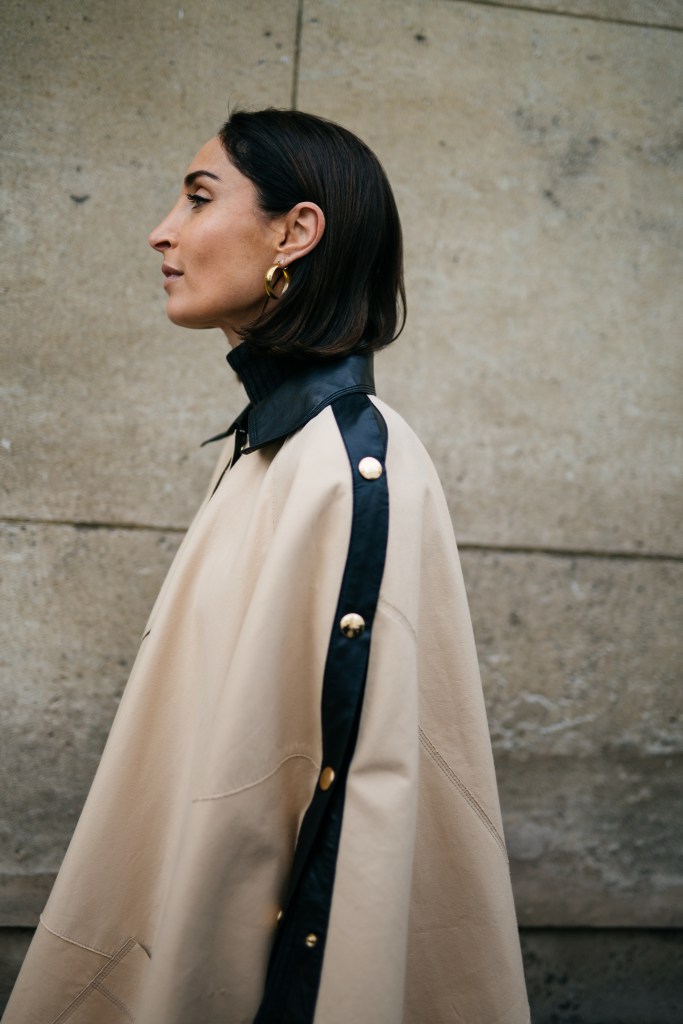 WHAT IS THE FATE OF THE INFLUENCER?

A huge chunk of the street-style industry lives in symbiosis with influencer culture as these two worlds both saw their popularity soar with the social media boom. Being published in street style galleries gave influencers a stamp of approval and photographers fed on their following. Photographing brand-clad guests entering a show for a commercial job, or taking on influencers as private clients became the key source of income for a lot of photographers and a key source of content for the influencers and brands.

Those exclusive relationships have become serious business. “I still do come to the fashion weeks, I love the energy and I will never get tired of it,” said Daniel Bruno Grandl, a popular photographer also known as The Urban Spotter on Instagram. “But in the last few seasons, I prioritized my direct bookings with influencer clients over fashion week street style stock images. I usually meet them at their hotels, we shoot some lifestyle [imagery] and then street style, too.”

If fashion weeks are indeed going to return in a smaller, more controlled form, there’s also the chance that access might once again become limited to buyers, editors and stylists.

There could be room for maneuver, though. The economy of gifting and paid Instagram and TikTok posts as a way to reach a wider audience is not going to fade away, and it is possible for this to continue even if the fashion weeks become smaller and more exclusive, or more reliant on digital.

Travel limitations and the slimming down of fashion weeks might also force brands to change the way they collaborate with influencers. They could detach their collaborations from the institution of fashion week, send products to influencers’ homes, or organize more intimate, local events.

In some cases, this has already been happening, with fashion houses commissioning photographers in between fashion weeks, and viewing their collaborations as a year-round, rather than seasonal, endeavor. 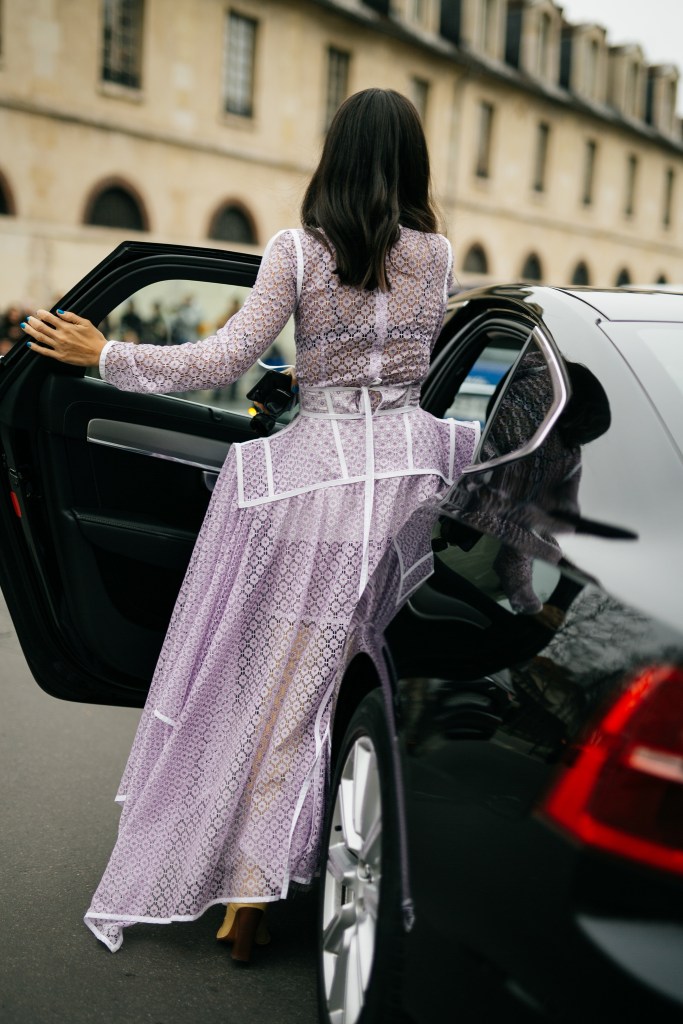 A TIME TO GET BACK TO BASICS?

Most photographers would agree this crisis gives the industry a chance to return to its roots. We often forget that the idea of showing how fashion can actually work in real life was the main reason why the world fell in love with street style photography in the first place. Now the situation at fashion week has swung in the opposite direction.

“Changing a couple of times a day into looks that are totally controlled by the brands who lend clothes to influencers, people casually hanging around the shows holding the same new ‘It’ bag with nothing inside of it. How can it be believable?” asked Jamie-Maree Shipton, a creative consultant, who produces fashion week content for Selfridges’ social media channels. “Now, a huge part of our job when narrating fashion week is to make these artificial situations look believable. This is not what street style is about, it should be real.”

Indeed, with all of the changes going on right now, photographers are actually getting excited about the opportunity of going out on the streets and shooting real people in their day-to-day lives. “Street fashion is an art form, much like music or fine art. So I decided to become a collector, hunting high-end street fashion like it was a rare butterfly,” said Shoichi Aoki, who founded the now-legendary magazine Street MAG in 1985.

A lot of street style photographers, myself included, enjoy taking pictures of stylish “civilians.” When “hunting” on regular streets, we spot the butterflies in the wild, during fashion weeks we observe them in a terrarium. It is a different, a much more satisfying feeling.

Nevertheless, even shooting the most stylish people in the world’s hippest neighborhoods will not provide our clients with show-quality images worthy of click-bait. As much as true style found on the street inspires and intrigues, the reality is this authentic approach does not provide the financial means to make a living. 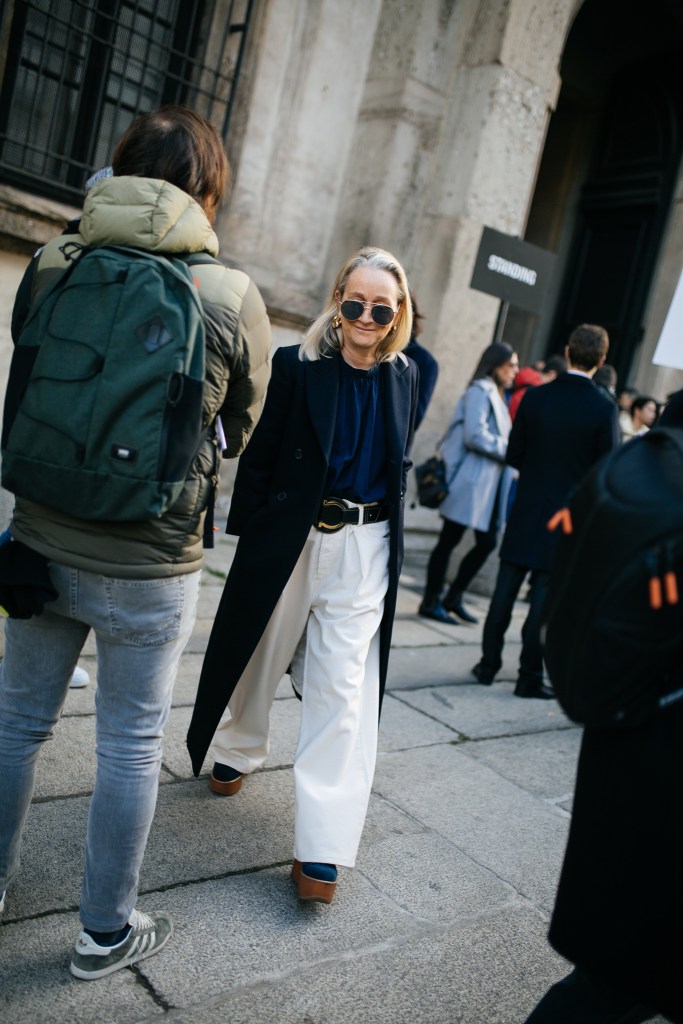 Whatever new reality emerges, street style seems to be at the bottom of the food chain, and its future will come as a reaction to decisions taken at a higher level. But there’s also a strength that comes with the freedom and flexibility of the genre.

“It’s just us, our cameras and our set of skills. We don’t have a structure behind us, we don’t hire people,” said the photographer Daniel Bruno Grandl.

“We can adapt to what is coming and quickly translate our skill into something different. For example, I started with webcam shoots during COVID-19. I am in Sweden at the moment and it feels surreal to photograph somebody who is, for example, in the French Riviera. Distance is clearly no longer a barrier to photography these days. I have even started to monetize these shoots.”

Depending on how, and to what extent, the fashion week formula is going to change, subcategories of street-style photography might become, de facto, separate genres, with different audiences, monetization tools, and aesthetics. If anything, now is a moment when creativity can truly flow. 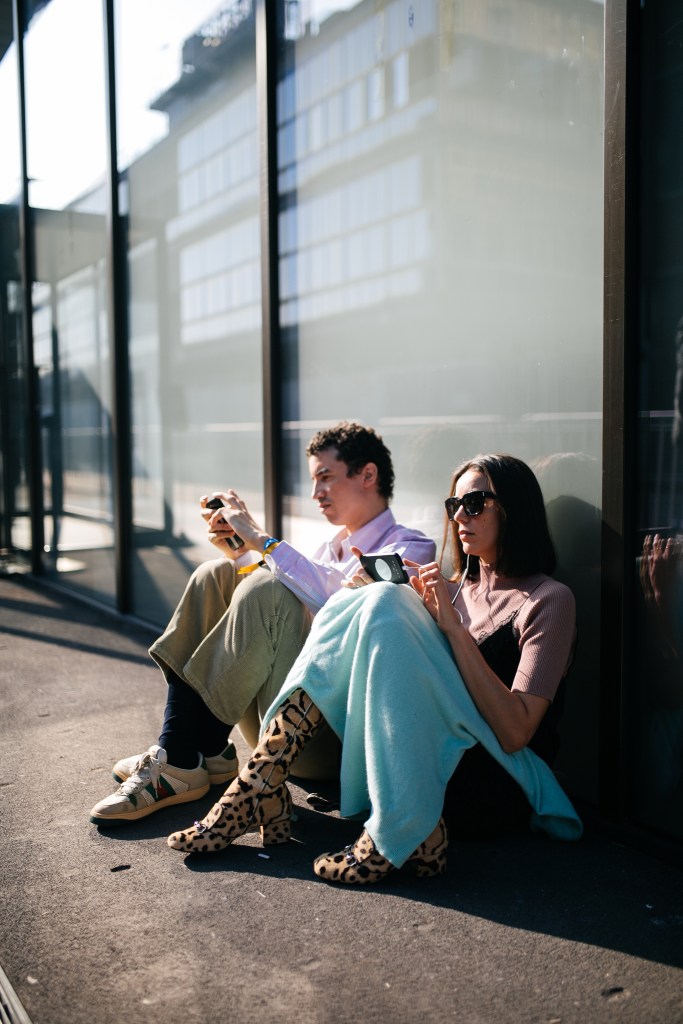