WWDScoop asked a panel of fashion scholars and museum curators to name inventions that changed the face of fashion. 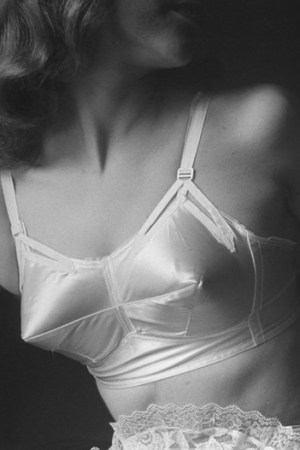 WWDScoop asked a panel of fashion scholars and museum curators to name inventions that changed the face of fashion. Below, a ranking of the most frequently cited developments.

1. DENIM: “I doubt if there are many people on the entire planet that don’t own, or want to own, a pair of jeans,” says Eddie Bledsoe, of the Otis College of Art and Design.

2. ZIPPER: First introduced in the late 1890s, the version with which most are familiar was patented in 1913. “Elsa Schiaparelli was one of the first to employ zippers in her garments [in the Thirties], and she used them liberally,”  explains Lauren Whitley of the Museum of Fine Arts in Boston.

3. SPANDEX/LYCRA: Created in the late Fifties by E. I. du Pont de Nemours & Co. Inc., “It turned the girdle into control-top pantyhose and is the most widely used fabric today behind polyester,” says Lisa Micheels of the School of Fashion Design in Boston.

4. ELASTIC: Used as early as the mid-1800s, elastic could be found in women’s shoes, girdles, bustle skirts, children’s clothing, pants and socks. “Not until the invention of elastic in the 19th century and its further development and refinement in the 20th, could woven garments be molded to the body,” says Cally Blackman, of Central Saint Martins in London

5. BIAS CUT: In 1922, French fashion designer Madeleine Vionnet invented a “bias” cut—which allowed fabric to cling to the body and move with it. Tim Lyons of the Chicago History Museum states, “Thanks to this invention, we finally started to celebrate the female form in its natural shape.”

6. LOOM: “The loom has got to be the greatest fashion-related invention of all time—where would we be today if we still had to rely on animal skins or bark cloth?” asks Joanne Dolan Ingersoll of the Rhode Island School of Design Museum.

8. VELCRO: Known as the fabric of hook-and-loop fasteners, it was first invented in 1945 by Swiss engineer George de Mestral. “Though Velcro has been widely used in shoes, designers have also incorporated it into men’s wear and women’s wear,” says the Fashion Institute of Technology’s John Mincarelli. “The temptation to play with [it] is overwhelming. You can’t put this stuff in people’s hands without them playing with it.”

9. CORSET: “The corset was used in the quest to perfect the human form,” says Tim Lyons. “The natural shape of the female body wasn’t perfect, but the corset could create the perfect figure.”

10. BRA: “Let’s face it: a lot of problems can come from not wearing one,” says Lyons. The bra was originally developed in the late 19th and early 20th centuries to replace the corset.

Also mentioned….
Other innovations that drew the experts’ attention.