Wheels to the Ground for Land of Distraction 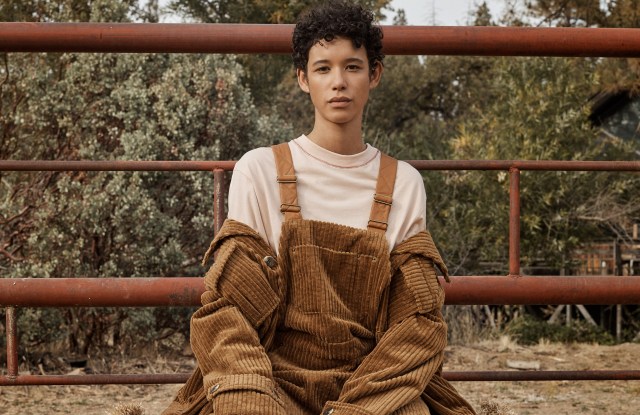 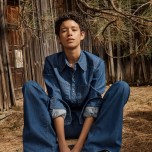 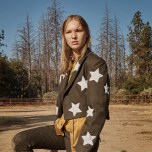 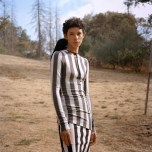 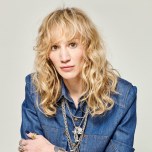 Land of Distraction, a new advanced contemporary label that launches in Los Angeles this week, aims to disrupt the traditional fashion mold.

For one, its muse, chief executive officer and executive creative director is Danita Short, a nurse who hails from a farm in Calgary, Canada, and rides her Harley-Davidson 30,000 miles a year.

The label will be sold direct-to-consumer via a web site that will launch at a party Thursday; the first collection will be available on Feb. 1.

The venture is backed by Canadian businessman Laurie Venning, founder, chairman and ceo of the Vennwest group of companies, which include Vennwest Global Technologies Inc., Venntertainment Corp. and EnerTrade International Ltd. Venning recently acquired a majority stake in LevelFilm, a Canadian independent film company, and Land of Distraction represents his foray into the fashion business.

Venning and Short met via another business venture, and quickly connected with chief marketing officer Joshua Reed, founder of men’s hat company Gents and a former Calvin Klein executive. Reed was beginning to consult, and he was intrigued by Short.

“She’s this farm girl in Calgary, who rides a Harley but also really loves fashion. [Short at the time was also styling a country singer.] The message that came across after our initial brainstorming session was that she was really into empowering women by dressing them up,” he said.

The two went to New York Fashion Week, where they recruited design director Christian Juul Nielsen, a former designer for Oscar de la Renta and Dior who was consulting for J.Mendel at the time.

“Danita is a super-inspiring person to be around,” Nielsen said. “Every single piece you see has a clear and direct reference to her life and background, from her farmhouse in Canada to her dance background to her love of motorcycles.”

Nielsen translated that into pieces with workwear silhouettes, such as a parka or overalls fashioned in soft napa leather or a jumpsuit made from sand-washed Cupro; those with a Seventies vibe, such as Western-style rigid denim jeans with ultra-flared legs and a masculine denim shirt, and delicate tulle dresses with leather straps and grommets at the French seams.

“There’s nothing precious about it. A lot of the silhouettes are masculine, slouchy,” Nielsen said. White denim stars are emblazoned on a cropped khaki canvas jacket and the oxblood and mustard accent colors are meant to evoke a dusty farm. There are also men’s wear details sprinkled throughout, such as taping inside a pair of cropped trousers.

As for the name, Short said, “Wearing the clothes can distract you from the mundane details of everyday life. I’m spontaneous, so that in a way is distracting for some. I wanted something bigger than a fashion house, so we said, ‘Why just have a house when we can have a land of our own and create subcultures or categories within it?’”

As for the direct-to-consumer model, the team didn’t want to be dictated by department store deadlines and quotas, so they plan to sell exclusively online for the first three seasons. Production and samples are done in L.A., where, Nielsen said, “It just feels easy and free coming from here. We are trying to do high market detailing at this price point, which has been a challenge, but it pushes your creativity.”

Added Short, “We’d love for everything to be leather, for example, but I understand as a new brand we have to be accessible because there’s a lot of competition out there. We do small runs of everything and learn as we go.”