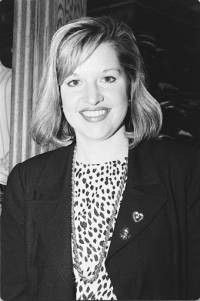 According to sources, several industry executives have been contacted for the post of president and chief executive officer of Tommy Hilfiger Corp., the role Joel Horowitz will relinquish when his contract expires in March 2004. Horowitz has indicated he might give up the ceo post earlier if the right candidate to succeed him were to emerge.

Most industry observers concur the job will require a strong leader and strategic thinker with Wall Street and mergers and acquisitions experience, and also has to be comfortable with the merchandising side of the business. It will also have to be someone who can get along well with Tommy Hilfiger.

There’s no question the post will be challenging, with Hilfiger’s short-term prospects cloudy at best. The $1.8 billion women’s and men’s sportswear firm announced it will close 37 of its 44 U.S. specialty stores this year and expects decreases in the second half of its fiscal year ended March 31 in both women’s wear and men’s wear wholesale sales, with promotional pressures eroding margins.

For the past few months, Hilfiger has been evaluating exactly what kind of leadership it needs. The company achieved fame and fortune through a combination of skill sets among its four top executives: Hilfiger, Horowitz and former co-chairmen Silas Chou and Lawrence Stroll, both of whom have already left the company.

According to a few people who have been contacted by either Hilfiger or the executive search firm, Herbert Mines Associates, the qualifications being sought are merchandising skills; multicompany management; industry knowledge; cross-business insights; strong relationships with retailers; high respect in the financial, retail and manufacturing communities, experience acquiring companies and forging relationships with licensees, and as the sole head of a public company.

WWD polled industry observers about who they think tops Hilfiger’s “Wish List,” and those mentioned most frequently were:

Mindy Grossman, president of Nike Apparel, who sources said has been doing a great job at Nike. A former Hilfiger and Warnaco executive, Grossman gets high marks for her excellent leadership skills and retail relationships. For the year ended March 3, 2002, Nike Apparel generated sales of about $2.9 billion worldwide.

Roger Farah, president and chief operating officer of Polo Ralph Lauren Corp., who possesses wholesale, retail and Wall Street experience and could definitely do the job. However, Farah told WWD he’s definitely not going there and is very happy at Polo. In addition, a noncompete clause prevents Farah from working at a competitor through his employment contract, which expires April 12, 2005, and for one year thereafter.

Denise Seegal, chief executive officer of Sweetface Fashion Co., the holding company for the JLo by Jennifer Lopez brand, who already has a Hilfiger connection because she works with the designer’s brother Andy. Sources believe Seegal has the relationships with the stores, but more of a merchandising-designer background than a financial one.

Carlos Alberini, president of Guess Inc., who is considered a strong financial and operational executive.

Robert Hanson, president of the Levi brand at Levi, Strauss & Co., known as an excellent marketer with a product vision.

Howard Socol, president, chairman and chief executive officer of Barneys New York, who’s considered a very bright retailer, but doesn’t have the wholesale background. However, he may not be ready nor able to jump ship, considering Herbert Mines Associates placed him in Barneys and a former job, J. Crew.

Mickey Drexler, former ceo of The Gap, who sources said could be up for the challenge, but questioned whether his vertical retailing expertise (and being in charge of his own destiny) would translate well to the wholesale community. Some sources believe he’d rather start his own business or buy an existing chain, such as Club Monaco from Polo.

Other executives who have reportedly been interviewed include John Kourakos, president of the sportswear group at Warnaco, and Marshal Cohen, co-president of NPDFashionworld.

Some market sources believe Hilfiger should consider hiring at least two executives to replace Horowitz, whose total compensation in 2001 was $12.7 million. They said the company can use a top strategic thinker, as well as a highly talented merchant. Furthermore, sources said M&A experience should be a required qualification. It is believed that Hilfiger needs to start using its cash to make acquisitions, along the same lines as Liz Claiborne and Jones Apparel Group.

“The only way to grow and keep investors happy is to make acquisitions,” said one source. “By contrast, if they stay the way they are, they’ll have to go down market. They’ll be the next Mossimo. The only reason they and Nautica still have the real estate at retail is there’s been no one to replace that space,” said one manufacturer.

Observers believe that what’s going on at Hilfiger is similar to what happened at Claiborne when founders Art Ortenberg and Liz Claiborne left the firm — followed by Jerome Chazen — and the brand started to deteriorate. When Paul Charron came aboard as ceo of Claiborne, the company began to strike licensing deals such as those with Kenneth Cole and DKNY and make acquisitions, including Sigrid Olsen, Lucky, Laundry, and Ellen Tracy.

Similarly, Jones, which also had a mature brand on its hands, started making acquisitions such as Nine West, Norton McNaughton and Gloria Vanderbilt, and signed licensing deals for Polo Jeans, Lauren by Ralph Lauren and Ralph.

Sources believe Hilfiger’s volume may have peaked domestically, and the company is seeing growth in Europe. When Hilfiger announced its second-quarter results in October, Horowitz said, “In spite of the difficult conditions across the industry, we reported financial results for the second quarter that were ahead of our previously announced expectations, largely due to the continued strong performance of Tommy Hilfiger Europe. Since we acquired this business in July 2001, we have built steady momentum in this market, reflecting a strong consumer response to the brand.”

Hilfiger recently signed deals in South Korea and Australia. Some say Hilfiger needs an executive of the same caliber as Peter Boneparth, ceo of Jones, a lawyer with an investment banking background, or Charron, whose background includes Procter & Gamble, General Foods and VF Corp.

It is also believed that Herbert Mines Associates may be looking outside the industry for an executive, the same way it (along with Heidrick & Struggles) found Paul Pressler, former chairman of Walt Disney Co.’s global theme park and resorts division, to succeed Drexler at the Gap. However, Wall Street sources believe Hilfiger would do better to bring someone in with industry experience.

“It needs a real business person who’s attuned not only to the fashion, but financial part of the business. But it’s a partnership with Tommy more than anything else,” said Andrew Jassin, founder and managing partner at Jassin O’Rourke, a fashion consulting firm here. “They need a good thinker and a collector of ideas. They should be making acquisitions and make it a brand management company.”

“I think they realize that the one-person role didn’t work. They are in a situation where they will need more than one person. They’ll need a team of people who can change a couple of things,” said Cohen of NPDFashionworld.

“There’s a lot of rumors they’re looking outside the industry to grow the public sector of the business, but there’s the internal piece, which is merchandising. They need someone who knows how to metamorphosize a business. The challenge Tommy has is they’ll need strong hands-on merchants to resurrect the brand. Here’s a brand that has to figure out its identity. They’ve got stores for teenage girls, and they’re making clothes for the mature guy.

“All you need is a little bit more momentum to show you can grow the business. The brand itself has already taken most of the decline. How many more stores can they throw you out of? The urban brand is over. Stores are looking at known brands, and are retrenching themselves. For Tommy, he needs to get an identity,” said Cohen.

“The ceo spot requires leadership,” said Elaine Hughes, ceo of E.A. Hughes & Co., the executive search firm. She believes an apparel industry executive — who has wholesale, retail and Wall Street expertise _ would best fill the role. “Is Tommy going to be fascinated by a guy coming out of Viacom? Does he understand the retail channel of distribution?”