NEW YORK — On the surface, the British novelist Jim Crace isn’t someone you’d peg as a sentimentalist.

His last novel, “Being Dead,” which won the National Book Critics Circle Award in 1998, chronicled the... 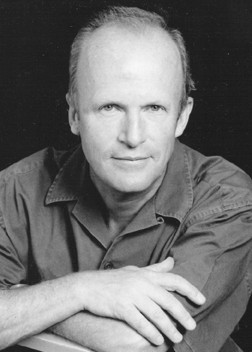 NEW YORK — On the surface, the British novelist Jim Crace isn’t someone you’d peg as a sentimentalist.

This story first appeared in the November 7, 2003 issue of WWD. Subscribe Today.

His last novel, “Being Dead,” which won the National Book Critics Circle Award in 1998, chronicled the decomposition of the bodies of a murdered married couple on a sand dune. “The Devil’s Larder,” a collection of short stories about food, includes one where a woman seasons her cooking with the cremated ashes of her husband. And in Crace’s most recent book, “Genesis” (Farrar, Straus and Giroux), Lix, an actor of some magnitude but with little success in relationships, impregnates every woman he sleeps with.

But Crace, who started as a newspaper reporter and still thinks that “journalism is more important than writing fiction,” insists that his work is, of all things, optimistic.

“An optimism that says when we die we all live in heaven forever is an easy optimism,” Crace says, calling from his publisher’s office here while in town to promote “Genesis.” “But an optimism that faces up to all of the dark corners of the world and yet comes away with an optimistic view of our place in the universe, I think that’s an optimism worth having.”

Somewhat surprisingly, Crace is also a self-described romantic. “People laugh at me when I say that,” he adds. “But I like to think that my books offer up the idea that passion doesn’t last forever, but it is actually replaced by something much stronger, which is the deep fondness of a long relationship.”

He also says that when he goes to readings, “people are very baffled.” “They think I’m not the real person. Instead of sending some kind of white-haired prophet with a very serious manner and the sighs of death over his shoulder, they think for some reason the publisher made a big mistake and sent this cheerful whistling middle-aged man who doesn’t seem to have a care in the world. I recognize that I’m an oddity.”

Part of the confusion arises because Crace, who lives with his wife and two daughters in Birmingham, England, and writes in a converted garage next to his house, doesn’t infuse his work with any details that reflect his own life.

“I am the least autobiographical writer you are ever going to encounter,” Crace says. “So if you think you have an insight into my sex life through reading this book, you are completely wrong. The whole point is that writing enables me to go to places I can’t go to in my life.”

His next book will be even more of a departure — a picaresque, anti-science novel about “America’s medieval future.”

The genesis, so to speak, of “Genesis” was Crace’s interest in applying, to human beings, the Darwinist idea that animals are judged by their number of healthy offspring. “The success of any species is one that can pass on its gene package,” Crace explains. “But Darwinism falls apart when you apply it to humans. You can’t possibly say, ‘My friend Joan is immensely successful because she has six children, and my friend Mary is a failure because she has none.’”

So the novelist took a character “who was sort of a failure in every respect in his life — he was craven and cowardly” —except when it came to bearing children.

“But after a few pages, I couldn’t bear to be with Lix and make him a complete failure,” Crace recalls. “I started to like him. That’s the joy of being a non-autobiographical storyteller. You never know where you’re going to end up.”

And this is where even more romantic optimism comes in. “In the end, it doesn’t matter how neglectful Lix is as a father. What is undeniable and what cannot be taken away is that there are six new lives,” he explains. “Children being delivered is the most optimistic result that any human being can have.”

One thing Crace is less sentimental about is that “Genesis” has been released in the U.K. under the title “Six.” “In England they had this complication that there was a rather shabby pop group called Genesis, so they said we might get the wrong readers — you know, we might get Phil Collins fans buying the book,” he offers. “But more than that, any reference to religion is thought to be ill-mannered and my English publisher thought it was the kind of title that would scare off my readers.”

But the alternate title has been something of a blessing in disguise. With “Six,” “We might lose all the Phil Collins fans,” Crace jokes. “But we’d pick up all the dyslexics. They’d see the ‘S’ and the ‘X’ and think they were in for a good time.”