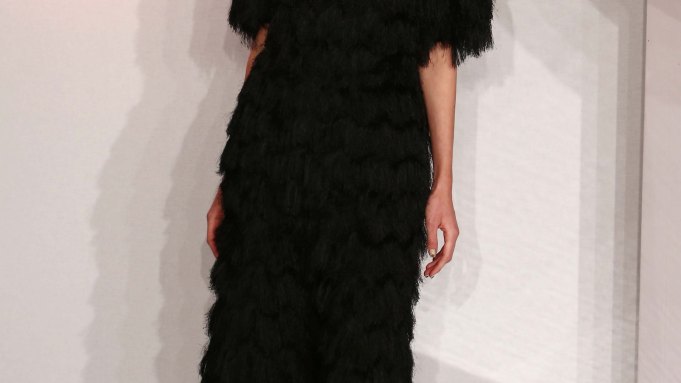 William Fan declared he was in a real disco mood for fall, craving glamour he associates with the disco heyday of the Seventies. A fun era to mine fashion-wise, disco is also tricky — some of Fan’s men’s looks were indeed cumbersome and costumey. But he mostly found his groove for the women’s portion of the show. Fan’s stylistic effects were relatively simple: A classic black velvet jacket with slit sleeves; a high-necked velvet top dusted with glitter; a long, crepe halter tunic with oversize satin patch pockets. An Eastern influence coursed through the lineup (Fan splits his time between Berlin and Hong Kong), with Mandarin collars and teahouse tassels. Meanwhile, megagold vinyl pants were inspired by his sculptural brass jewelry.