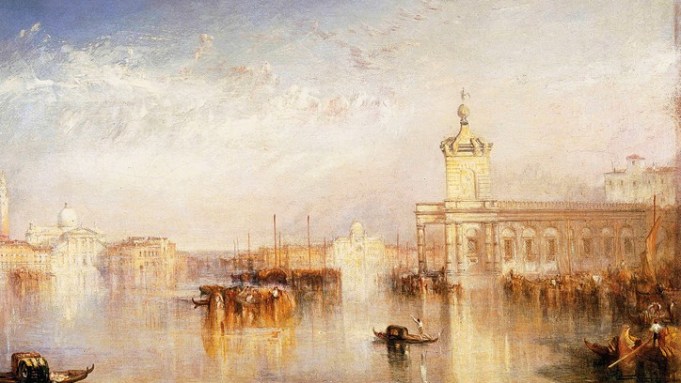 All eyes will be on Alexander Calder’s jewelry, Robert Mapplethorpe’s portraits and Cate Blanchett’s Shakespearian foray this winter.
—Compiled by Elisa Lipsky-Karasz

MUSIC
Moscow comes alive in winter with city denizens heading to the ice rink at Gorky Park, or sipping mulled wine at cafes along Tverskaya Ulitsa. But this season, culture fiends also will be making a beeline for the Pushkin Museum of Fine Arts, where for one month each year, the institution holds concerts featuring music to match the mood of the current exhibit. This time around, it’s an historic retrospective of British landscape painter J.M.W. Turner, funded entirely by Russian oligarch Alisher Usmanov (known for being the largest single shareholder of Britain’s Arsenal soccer team). To complement Turner’s work, groups including the Zukerman Chamber Players and the Hesperion XXI will perform selections from Benjamin Britten and Edward Elgar, as well as compositions linked to Venice, one of Turner’s favorite subjects.

FASHION
Alexander Calder is best known for his massive mobiles and sculptures, but the latest exhibit of his work features something much more dainty: jewelry. New York’s Metropolitan Museum of Art is showing 90 of the approximately 1,800 necklaces, bracelets, earrings, brooches and tiaras the artist made during his lifetime. Crafted from metal, beach glass, ceramic shards and wood, the baubles have the same modern aesthetic as Calder’s fine art. Case in point: “The Jealous Husband,” a serpentine brass wire choker once worn by Anjelica Huston. Organized by the Calder Foundation in New York and the Norton Museum of Art in West Palm Beach, Fla., “Calder Jewelry” heads to the Irish Museum of Modern Art in Dublin at the end of March.

SOCIAL
Fifty years after President Dwight D. Eisenhower broke ground for Lincoln Center in New York in 1959, President Barack Obama will deliver a keynote address about arts policy there in May as part of the center’s 50th anniversary celebrations. But first, Lincoln Center will fete its milestone with 50 dinners around Manhattan on December 8, hosted by the likes of Agnes Gund and Paul Soros. There’s a lot to celebrate, too: a $1.2 billion campus, including a new Juilliard School and a renovated Alice Tully Hall, which will be the site for a special performance by Michael Feinstein after the December 8 dinners. And, starting February 22, the spiffed-up space will play host to a two-week music festival.

ART
Often referred to as Italy’s last Old Master, artist Pompeo Batoni made his name creating portraits for 18th-century Britain’s aristocracy. These commissions shared certain trademarks, such as backgrounds of ancient ruins and historical works of art, all done to commemorate the Grand Tour. Now, 300 years later, Batoni is being feted in his Tuscan hometown of Lucca with a show of nearly 100 works at the Palazzo Ducale museum. The exhibit features such figures as Joseph II, Richard Milles and Sir Charles Watson, as well as images of the Holy Family and the Visitation. The six chronological sections are set with furniture and antiques to match each era of the Tuscan-born painter’s works.

ART
Those with an affinity for the old days of New York can revisit the Seventies and Eighties at, of all places, the Palm Springs Art Museum, where a rare exhibition of Robert Mapplethorpe portraits will be staged. His more controversial work, centered on homoerotic male nudes and S&M acts, takes a backseat to black-and-white images of many of the decades’ icons, including William Burroughs, Truman Capote, Marianne Faithfull, Grace Jones, Roy Lichtenstein, Iggy Pop and Andy Warhol. “He’d photographed quite interesting people, lively people, and I think they’re the most important part of the work in a way. They’re period pieces now,” says curator Gordon Baldwin. Also among the 101 pieces, drawn largely from holdings of The Robert Mapplethorpe Foundation and some private collections, are “devastatingly honest” self-portraits taken before the lensman died at 42 due to complications from AIDS.

THEATER
Cate Blanchett isn’t one to shy away from a theatrical challenge, so it’s no surprise that she’ll be tackling not one, but two roles in January’s Sydney Theater Company production of The War of the Roses, playing both Lady Anne and Richard II. The production will mark her first onstage appearance at the company since assuming the role of co-creative director last January, along with husband Andrew Upton (she already made her directorial debut with The Year of Magical Thinking). War is a distillation by Tom Wright and Benedict Andrew of eight of William Shakespeare’s interrelated history plays, such as Richard II and Henry V and VI, spanning a century of English history. And it won’t be Blanchett’s only visible STC role for 2009: In September she’ll play Blanche DuBois in the company’s production of Tennessee Williams’ A Streetcar Named Desire, directed by Ingmar Bergman muse Liv Ullman. The show is scheduled to travel to New York and Washington in November.

ART
Madame de Pompadour may have once been a commoner, but after she became chief mistress to King Louis XV she gained influence over the French court and beyond. Parisians can see her lasting legacy in such structures as the Petit Trianon. She helped plan with her brother and art minister to the court Marquis de Marigny. She was also a prolific art patron with a taste for the rococo, and her commissions now can be seen in “La Volupté du Goût: French Painting in the Age of Madame de Pompadour,” at Oregon’s Portland Art Museum. It’s the only Stateside stop for the 54 sumptuous portraits and landscapes from Pompadour-era artists like François Boucher, Jean-Honoré Fragonard, Noel Coypel and Jean-Baptiste Greuze.