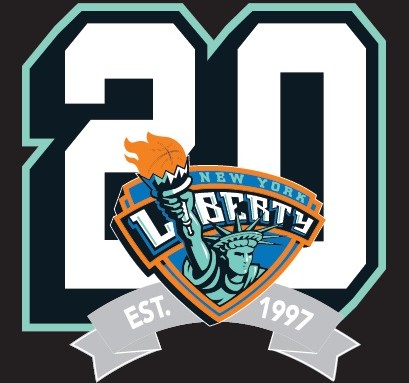 THE WNBA TURNS 20: The upcoming season of the Women’s National Basketball Association, which begins on May 14, will be the association’s 20th, and to mark the occasion, the uniforms have undergone a redesign.

The new uniforms will be in primary and secondary colors for 10 teams, in theme with each team’s colors, as opposed to the white-for-home-games and color-for-away-games format. The WNBA was founded in 1996, with the inaugural season playing out in 1997. The league opened with eight teams: the Los Angeles Sparks, the Phoenix Mercury, the Sacramento Monarchs, the Utah Jazz, the Charlotte Sting, the Cleveland Rockers, the Houston Comets and the New York Liberty. Currently, there are 12 teams in the league. The season runs through September.

Three of the original teams, the Liberty, the Mercury and the Sparks, will receive a team-specific 20th-anniversary season patch on their jersey. A special game ball, from Spalding, will feature the 20th-anniversary logo and will be on the WNBA’s official online store site.

The uniform redesign is not the only recent design change for the WNBA. In 2013 the association’s logo was redone and relaunched. The uniforms were redesigned previously in 2011.

In addition to new uniforms, other special 20th-anniversary items include limited-edition Adidas sneakers. Adidas, currently the outfitter for the WNBA, will bow to Nike, who takes the position starting with the 2017-18 NBA and WNBA season.