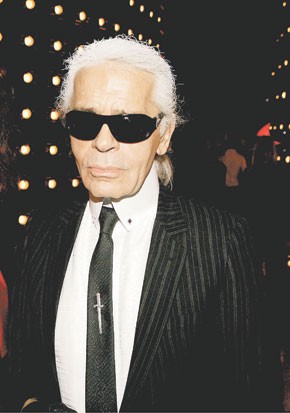 SYDNEY — The Donald has his apprentices and now so do Karl, Donatella, Francisco, Paul and Franca.

To be featured in Vogue Italia’s July edition, the protégés — Jean-Pierre Braganza (Lagerfeld), Kristian Aadnevik (Versace), Julian Louie (Costa), Ioannis Cholidis (Smith) and Sandra Backlund (Sozzani) — will unveil their sample collections during Pitti Uomo in January 2008. Later that month, the collections will travel to New York for Australia Week. At press time, it had yet to be determined whether the collections would be produced for wholesale.

More under the radar are Louie and Cholidis. A California native with a degree in architecture, Louie interned at Imitation of Christ before joining Costa’s design staff at Calvin Klein. Greek men’s wear designer Cholidis, a Central Saint Martins graduate who showed in the London design school’s group show at London Fashion Week in February, has worked on collaborations with Stella McCartney and Puma.

With numerous Italian textile companies and manufacturers also on board for the project, from Ermenegildo Zegna to Chiavazza, Australian Wool Innovation will be encouraging the protégés to pioneer new yarns — just as the research and development arm of the Australian wool industry has done in collaboration with several Australian fashion labels, including Josh Goot, Akira Isogawa, Easton Pearson and Jayson Brunsdon.

The protégé program is one of a series of initiatives launched to commemorate the 200th anniversary of the Australian wool trade, which today is a 3 billion Australian dollar, or $2.53 billion, export industry. Sheep were transported to Australia with the First Fleet in 1788, but it took another 19 years before the first bale of Australian merino wool was exported back to London in 1807 by Rev. Samuel Marsden, the owner of the third largest Australian merino flock at the time.

On Tuesday, a replica of a wool coat once worn by Marsden to meet King George III was presented to the Australian High Commissioner in London. Coinciding with Sydney Design Week on July 25, a major retrospective exhibition called “Fashion From Fleece” will open at Sydney’s Powerhouse Museum. Among other exhibits, it will showcase merino garments from international brands such as Chanel, Yves Saint Laurent and Proenza Schouler, and Australians including Goot, Isogawa, Brunsdon, Collette Dinnigan and Martin Grant.