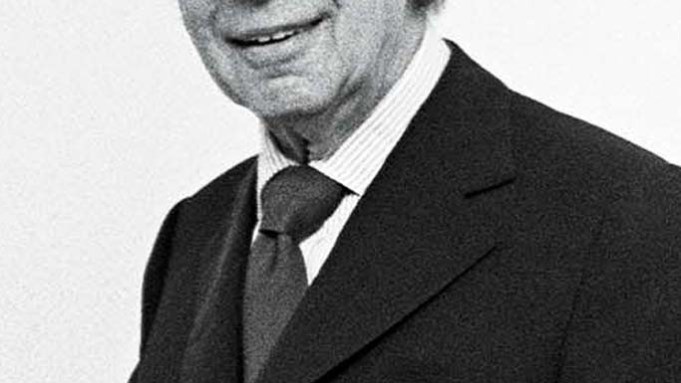 What is modern? It’s clearly in the eye of the beholder, and geared toward its time. That can mean Coco Chanel’s elegant suits, Yves Saint Laurent’s pea jackets or Rudi Gernreich’s androgynous looks. Here, some reflections on that idea.

“Diana is completely modern in her thinking—interested in every new thing that comes out—but her idea of living is completely 18th-century. When she goes away for a weekend, she travels with elegance. She takes her own sheets, pillowcases, bedjackets—
all matched.”
—Norman Norell on Diana Vreeland, WWD, January 1960

“[Lifting a transistor radio], This is today, and this [an ornate gold-filled decorative box] was yesterday, and it’s the same with clothes.”
—Coco Chanel, WWD, January 1962

“Fashion as we used to know it doesn’t exist. The dress as we know it today—it’s dead. The dress has become so short it’s really a tunic worn with leggings….Fashion is fantasy, it’s a child’s game….Now I’m going to be this, and then I’m going to be something else.”
—Rudi Gernreich, WWD, April 1967

“Fashion must be amusing, modern and fun. But it is important for the designer to have knowledge, not only of the couture, but also to have knowledge of history and art. I love old and elegant things like the 18th century, but one must be today.”
—Yves Saint Laurent, WWD, August 1965

“I went to see an Yves Saint Laurent collection a few years ago, and decided he was the modern designer. Now I own 15 of his things. I like Norell; Dior, too. Now there are mad shopping sprees between pictures.”
—Natalie Wood, WWD, July 1966

“It will be an evolution of the direction of several collections ago…toward modernity…the adaptation of functional needs with a modern viewpoint….I’ve never done frills, and that’s not going to change.”
—André Courrèges on his new collection, WWD, January 1967

“Note the discomfort of women, not to speak of their embarrassment, when they sit down in miniskirts.
If to be modern means being at ease with your time, what is modern about a dress that won’t
let you sit down?”
—Coco Chanel in her own column in The Ladies’ Home Journal, March 1968

“Poiret represents the quality avant-garde. He got women out of corsets and into movement, freedom.”
—Robert L. Greene, attending a Poiret retrospective, in WWD, May 1976

“Halston is talking modern ease for fall. The man who made streamlined shapes his signature sees
the ‘affluent, active, American woman’ who wants to look neat and pulled together in his latest Ultrasuede dress.”
—WWD, August 1978

“Boy, was I in the greatest seat, at the greatest hour of the greatest time. I went into Vogue in 1962—the year of the jet, the Pill. A completely different social world was being created.”
—Diana Vreeland, WWD, November 1979

“What I’ve done is create a chic that’s younger. My chic allows a woman her sense of interpretation. This is the specialness of the modern woman: She’s able to judge how to do things on her own.”
—Giorgio Armani, WWD, May 1981

“The Sixties were very modern compared with what is going on now in haute couture. It had a feminine quality to it that doesn’t exist now. Since the Sixties, there has been nothing but retro.”
—André Courrèges, WWD, January 1991

“We met at a Dior lunch at a restaurant in Paris called Berkeleys. He reminded me of a fawn in the fashion forest with those penetrating eyes that never missed a trick. He was the first modern couturier. He had grown out of the traditions of the past, with its pure perfection of technique, but he was moving it into the future. He knew how to make clothes for today’s living—pants, the pea jackets and the alligator motorcycle jacket.”
—John B. Fairchild on Yves Saint Laurent in the 90th anniversary issue of WWD, October 2001

“I think there must be another way to approach fashion. Now the moment has come, and I am sure that I have found the way, I want something very simple, very modern, very sophisticated. Even though I do things with more fantasy, I’m more interested in a blazer, to continue it each year, with a new cut, a new perfection.”
—Yves Saint Laurent, talking with Etta Froio in 1980, quoted by Froio in the 90th anniversary issue of WWD, October 2001

“Chanel: Ushered us into modern-day dress.”
—Anna Sui, asked who were the three most important designers of the last 90 years for the 90th anniversary issue of WWD, October 2001

“Chanel: For her casual, transgressive and highly elegant approach to fashion. Her style is modern forever.”
—Christian Lacroix, answering the same question in the 90th anniversary issue of WWD, October 2001

“Rudi Gernreich: For his new ways of seeing the human form and introducing the modern ideal of androgyny.”
—Daryl Kerrigan’s answer in the 90th anniversary issue of WWD, October 2001

“Marc Jacobs: For his luxurious take on the modern woman’s wardrobe.”
—Julien Macdonald’s answer in the 90th anniversary issue of WWD, October 2001

“Tattoo is a modern language today, like a family crest. And this really fits the city of New York.”
—Christian Louboutin, WWD, August 2012