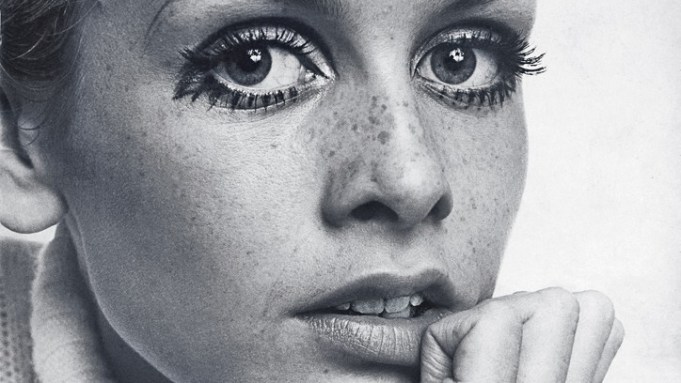 Long before the supermodels, there were the Powers Girls. Fashion’s first major modeling agency was founded by John Robert Powers in 1923. Initially his “model” roster consisted of unemployed actors, but over time, the popularity of the Powers Girls grew—providing a standard for an industry that would blossom into a multibillion-dollar cultural phenomenon. From those humble beginnings, WWD has chronicled modeling’s rise through society’s ranks and tracked the industry’s changing faces.

It took nearly 50 years before a model would appear on WWD’s cover. Before the early Sixties, fashion coverage was conveyed primarily through illustration—sketches often rich in detail, with looser interpretations of the model form. Models appeared sporadically through the Sixties, and by the early Seventies WWD’s use of fashion shoots grew. In the following decades, models that appeared on page one would often go on to become household names. During this same period, models themselves, now wielding their own celebrity, began garnering coverage that went beyond the sartorial. In a 1983 article, Twiggy, the poster model of the Sixties, reflected: “I never planned to do any of this—to be a model, sing, or dance, or appear on Broadway.” WWD began increasingly featuring the personal and professional endeavors of the beauties of the day—from Twiggy’s foray into film, to Cheryl Tiegs and dozens of others hitting the disco circuit, to Lauren Hutton’s lucrative 1973 “Face That Launched a Thousand Lipsticks” Revlon beauty contract.

During the Seventies, ethnic models hit their stride on the runway as well as in magazines. The paper initiated a dialogue, in 1975, titled “Black Beauty: What It’s All About,” in which models including Beverly Johnson (the first black model to be on the cover of Vogue) and Naomi Sims (credited as being the first black supermodel) gave keen insight. “Black women don’t relate to white standards of beauty,” Sims said. “They have no desire to make their lips thinner or their skins lighter.”

In recent years, Madrid and Milan placed a ban on “too thin” models by requiring they meet a minimum body mass index, while London and New York opted to emphasize guidelines rather than regulations for the industry. In 2008, referring to industry pressure she received, model Coco Rocha recounted at the Council of Fashion Designers of America’s “The Beauty of Health” discussion: “They said, ‘You need to lose more weight—the look this year is anorexia, and although we don’t want you to be anorexic, we want you to look it.’ My question is, how do you look anorexic unless you actually are?”

Body image has always played a prominent role in any discussion about modeling’s effects—from superthin Twiggy, to the shapely supermodels, to Kate Moss-inspired heroin chic, to the return of the curvy girls and recent rise of plus-size models like Crystal Renn. WWD presented a platform for an expansive debate among models, designers (like Karl Lagerfeld, who proclaimed in the paper in 2007, “We are designers, not doctors who have to care about ‘eating disorders’”), agents, advertising executives, fashion editors and health care professionals. “The fashion industry cannot take the blame for eating disorders,” said CFDA president Diane von Furstenberg in 2007, “but by being aware and sensitive to it, we can change a lot of things.”