WSM Looks Beyond Streetwear, to Sustainability and Sportswear

These were the topics that the three-day White Milano trade show organizers aimed to spotlight during the June edition of the WSM contemporary ready-to-wear and accessories fair, which closed June 17 here. In a functional marketing move, the “s” in the revamped moniker, previously White Street Market, applies to all three topics.

The subjects were showcased in different ways.

“Our challenge is to inject culture in what we do, we’re not aiming to necessarily expand the number of exhibiting brands,” said Massimiliano Bizzi, White Milano’s founder and president. Bizzi reiterated that his aim is to “give fashion the same traction that Milan’s Design Week has achieved.” WSM hosted around 60 brands, in line with the January edition.

The fair’s mandate is reflected in the changed format, teased in June last year and officially debuted last January, which combines the business-to-business and business-to-consumer platforms, allowing final customers to attend the trade show and buy fashion pieces, while also offering experiences and events.

This season White Milano didn’t disclose figures on the number of visitors, but was pleased with the attendance of premium stores, including Barneys New York Japan; Tokyo-based Isetan; Hong Kong’s The Swank Shop; Cntrbnd in Toronto, and Italy’s Rinascente, among others.

Welcoming visitors at the Superstudio Più exhibition space, the “Give a Fok-Us Water” video proved an immersive tool intended to raise awareness of the plastics pollution of the oceans, which are reportedly swarmed with 5 trillion plastic pieces.

The Vivienne Westwood brand took to the fairgrounds with an installation presenting the label’s efforts toward a more sustainable and responsible fashion and lifestyle. “The company has been committed to the topic since Day One, even before sustainability became an on-trend topic,” explained Isabella Tonelli, the label’s CSR Italy coordinator. At WSM, the brand showcased items from its partnership with nonprofit Ethical Fashion Africa, which the company refers to as “not charity, just work.”

As part of the project, communities in Kenya were involved in the production of fashion pieces from fabrics sourced in the country, based on Westwood’s designs. T-shirts bearing slogans, such as “Buy Less, Choose Well, Make it Last,” telegraphed the message that “consumers can become also ambassadors, thus becoming a driving force in changing the fashion pipeline from the bottom,” said Tonelli. 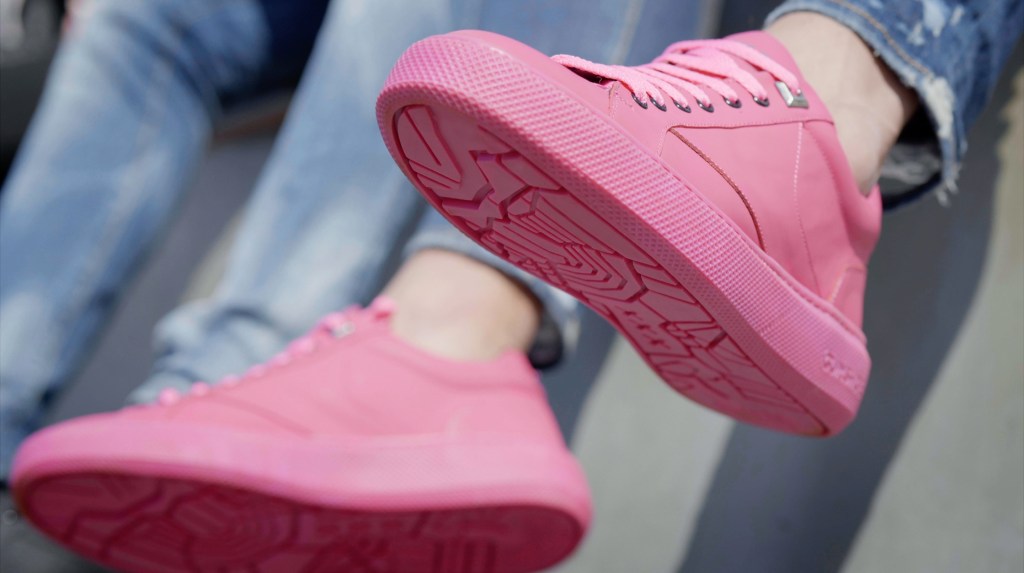 Amsterdam-based brand Xplct, which draws its name from the “explicit” marks under songs with blunt lyrics, presented a sportswear-inspired collection of uncomplicated styles, such us tracksuits and hoodies with logos running down the sides. In addition, the brand, supported by advertising company Leo Burnett, part of Publicis Group, introduced the Gumshoe sneaker, the soles of which are made of 40 percent repurposed chewing gums, retrieved from the streets of the Netherlands city and converted into a reusable polymer by the U.K.-based company Gumdrop. Other components of the shoes are also crafted from ecofriendly materials, including apple-derived leather and cushions made of mushrooms.

“I first started with regular sneakers to complement my offering,” said Xplct’s designer and chief executive officer Shaquille Gunther. “Then the Leo Burnett people reached out to me and I understood I could create something relatable for young kids.”

Also hailing from the Netherlands, designer Anita Palacio founded her own sustainable label of functional raincoats called Maium, which means rain in Dutch slang, after years of consulting for a range of international fashion brands. Retailing at 135 euros and conceived for city bicyclers, the raincoats keep legs dry through a series of zippers. Available in K-Way and parka versions, each garment is made of 66 recycled plastic bottles.

“We want to push people to cycle more, as it is sustainable. Also you cannot launch a fashion brand today and avoid this issue,” said Palacio, adding the label is sold at around 70 retailers in the Netherlands, Germany and Belgium. 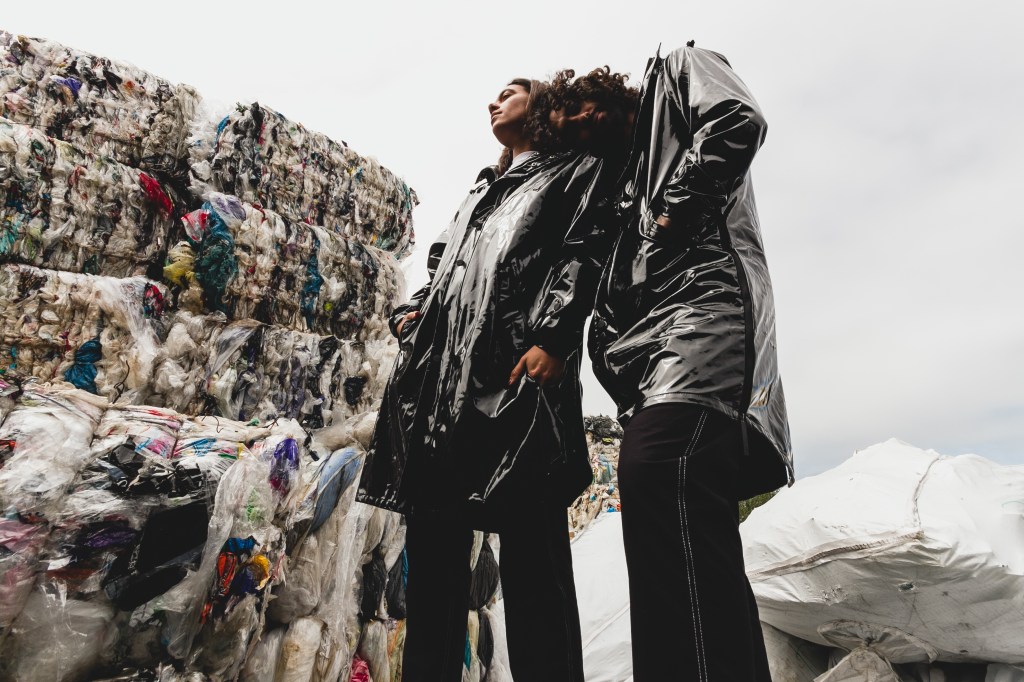 Italian designer Licia Florio, who in the mid-Aughts had success in Italy with her lace-less L’F brogue shoes, said she has changed over the past 10 years also by addressing the sustainable conversation. At WSM, Florio presented a number of small capsule collections under her namesake brand. They included a lineup of “soft sport” pieces made of 100 percent recycled fabrics, such as poly, nylon and elastin. The collection of pastel-hued yoga outfits also included one piece bearing painted illustrations of pears created in partnership with French artist Johanna Tagada.

In addition, the designer has developed a range of 7-free nail polishes, which avoid seven harmful chemical compounds, and a series of basket-style bags created by artisans from the south of Sardinia. “When I started my career in fashion 10 years ago, Instagram was emerging and I quickly understood the value of a direct-to-customer communication,” Florio said. By following the traditional distributing route, Florio felt the brand was losing identity. “Therefore I decided to turn to a direct-to-consumer business model, via online sales, because I want first and foremost that my customers understand my philosophy,” she explained. 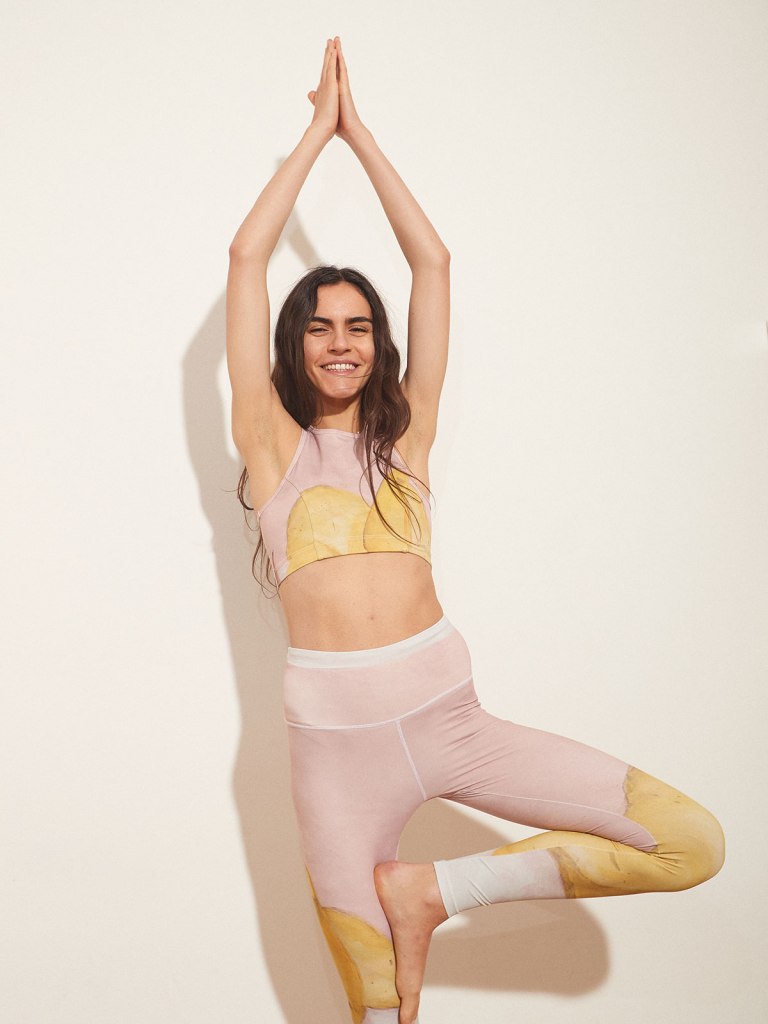 Upcycling was also a strong point of focus for exhibitors at the fair. Italian brand Simon Cracker unveiled a quirky and whimsical men’s collection that reworked vintage finds with hand-painted childish graphics and photographic images of Italian cookbooks splashed on tailored blazers and shirts. Nodding to the genderless concept, Cracker offered a series of striped, knitted pieces, including skirts and tops with high slits on the sides and a wide-legged pant and cropped top ensemble crafted from a floral upholstery fabric. 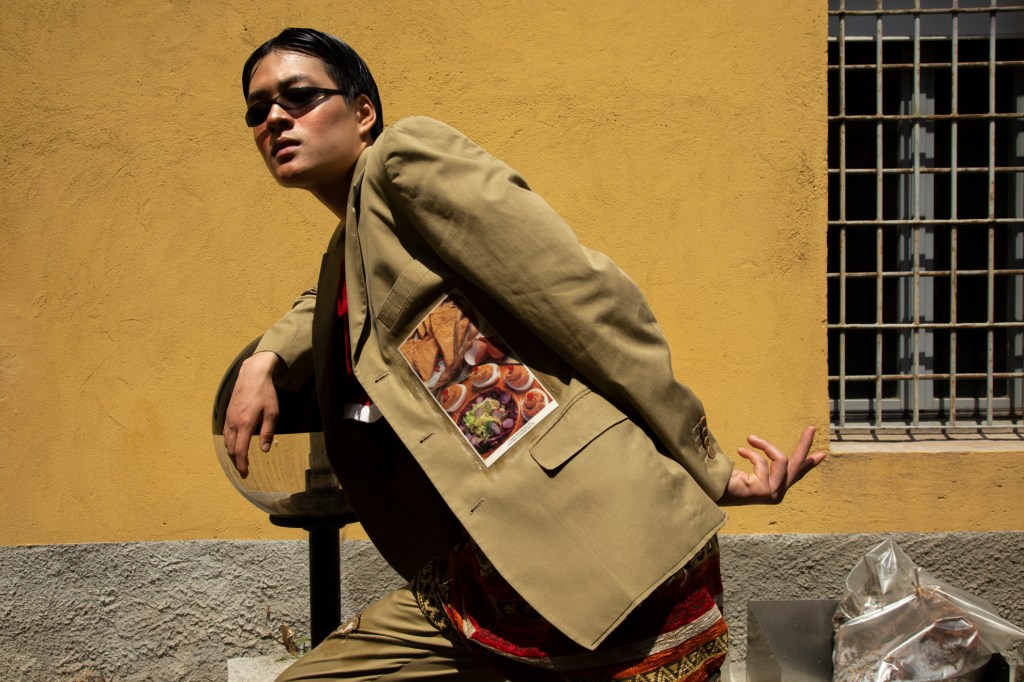 A look from the Simon Cracker spring 2020 collection.  Courtesy Photo.

Taking the upcycling ethos a step further, Kazakh designer Yekaterina Ivankova was committed to sourcing vintage pieces and apparel waste for her spring collection. The lineup had a grunge, urban feel — as in a worn-out trench coat with a denim vest sewn on top or a military jacket embellished with scarf details.

Stealing the spotlight at the center of the fairgrounds, a basketball playground hosted freestyle performances by the Italian Da Move crew throughout the three-day event, enhancing the fair’s street and sporty vibe. 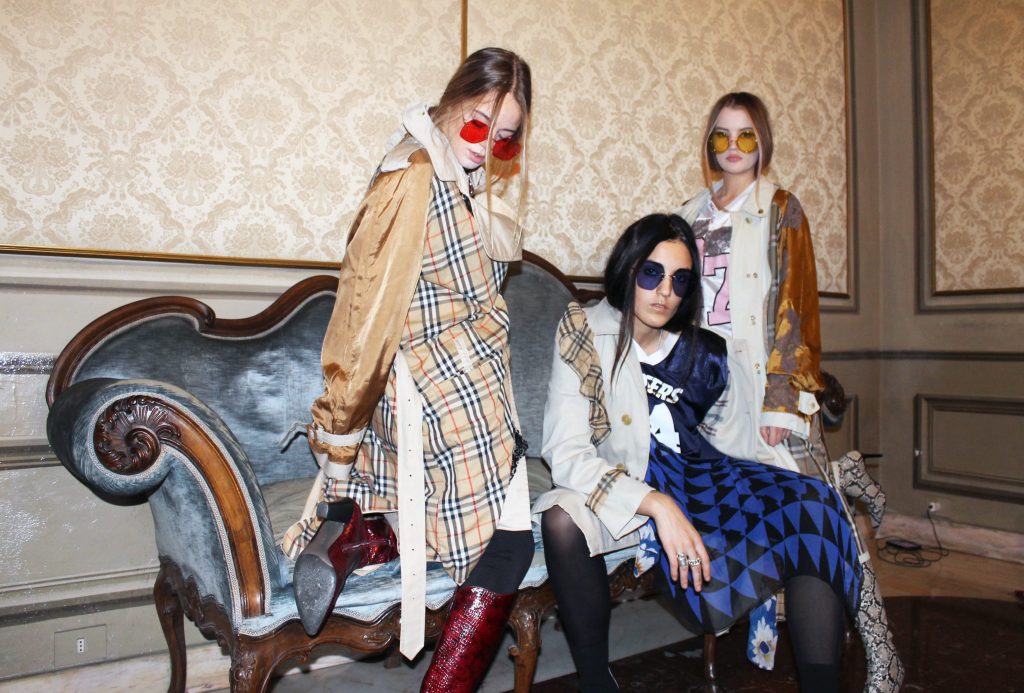 The streets and their positive energy inspired Polish designer Roman Buk for his brand Neige’s spring 2020 collection. Although designs were more masculine, Buk stressed “customers of any gender can find suitable pieces,” adding that his customers are equally split between women and men. Playing with the opposition between lighter and darker tones, the collection featured tops in psychedelic prints counterbalanced with solids, such as in a beige overcoat with a cape put on top or a black work jacket peppered with rope details. The brand currently counts retailers in Norway, Germany, Japan and the U.S. as stockists. 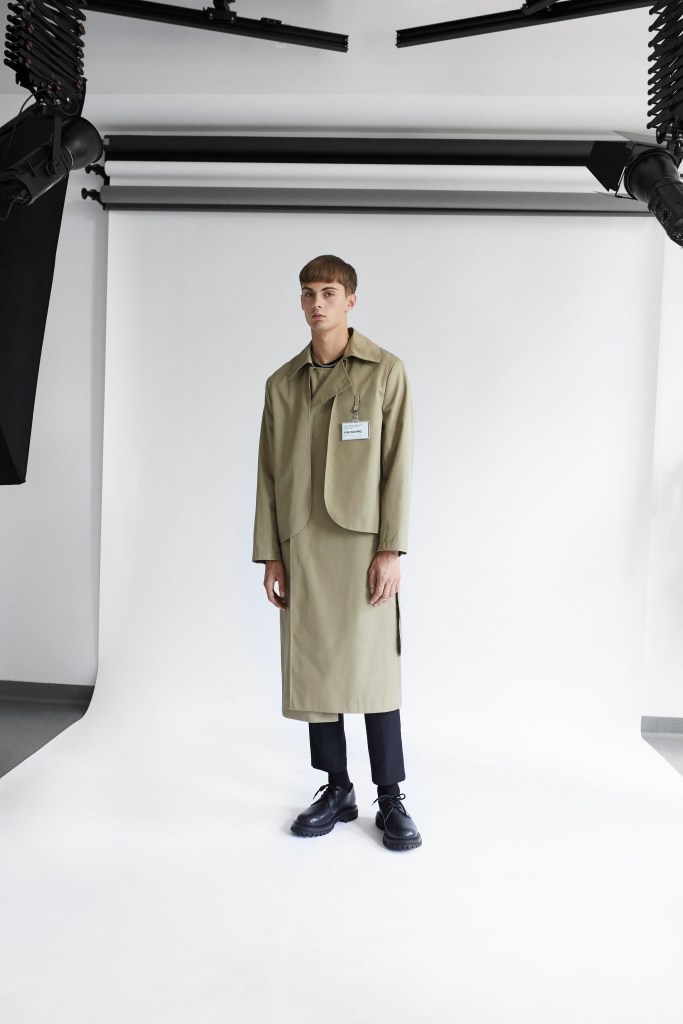 The next edition of White Milano dedicated to women’s wear will take place Sept. 10 to 22, in conjunction with Milan Fashion Week.