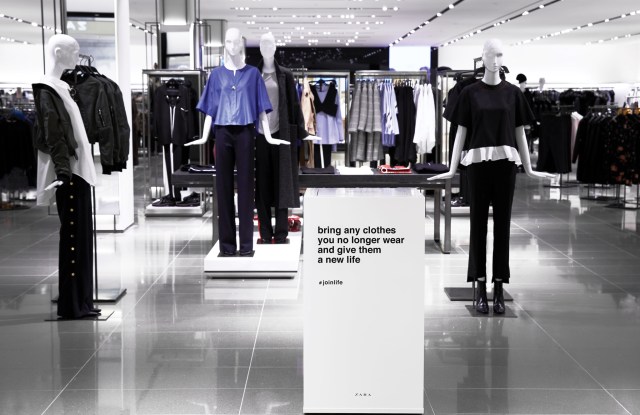 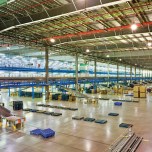 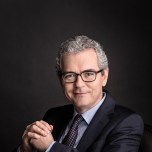 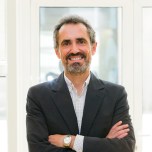 This story first appeared in the October 26, 2016 issue of WWD. Subscribe Today.

The world’s largest fashion retailer — which last year had sales of 20.9 billion euros, or $22.72 billion — has launched an ambitious program to help close the loop on its production of more than one billion garments a year, which encompasses everything from design to raw materials, manufacturing, logistics, stores and post-consumer recycling.

Isla says Inditex is proud to be defined as a company with sustained and sustainable growth in pursuit of the greater goal of creating value beyond profits.

“Sustainability at Inditex is a cornerstone of our entrepreneurial philosophy and is at the center of our strategy, ultimately permeating everything we do. Every aspect of our model — from our stores and design to manufacturing and logistics — is influenced by our sustainability plan,” he says. “We bring together all of our ethical, social and sustainability principles in a concept that we call ‘Right to Wear.’ Our quality, safety, social and environmental standards and procedures are all defined by these principles, which include a strict adherence to the regulations of the countries in which we operate.”

Isla says the “circular economy” sits at the core of the Inditex strategy, meaning that the company traces every garment through the production cycle, from the raw materials to the end of its life.

“As part of this philosophy, Inditex has initiated a program in Europe where we place containers in stores that allow customers to return any used garments to be either recycled or donated,” he says.

Isla has also said that by 2020 all Inditex stores will be “eco-efficient,” meaning they will have reduced energy consumption by 20 percent and will have halved water consumption.

Today more than 3,700 of the 7,086 Inditex stores across all its brands are already eco-efficient, according to Felix Poza, the group’s director of corporate social responsibility.

“Some of our most relevant flagship stores, six logistics centers and head offices have LEED certification — one of the leading green building certification programs,” he says.

LEED, or Leadership in Energy and Environmental Design, is a rating system aimed at evaluating the environmental performance of a building and encouraging market transformation towards sustainable design, according to its web site.

Inditex’s 2016-20 Environmental Strategy Plan, unveiled during the July annual general meeting at the its headquarters in Arteixo, Spain, shows that competition is heating up among fast-fashion giants to demonstrate their green credentials.

With more than 50,000 stockkeeping units, Inditex relies on more than 1,500 people both internally and at its scientific and technical partner organizations, to study and supervise each stage of creation.

As part of its Right to Wear sustainability philosophy, it has undertaken consumer-facing initiatives, including the launch of its flagship Zara brand’s first full seasonal collection under the eco-label Join Life. The collection is made from organic cotton, recycled wool and Tencel — a cellulosic fiber made from sustainably sourced wood. It joins market offerings such as Inditex competitor Hennes & Mauritz AB’s Conscious collection.

Key to Inditex’s sustainability philosophy is a commitment to accountability. The company reports on its sustainability efforts according to the guidelines set by Global Reporting Initiative, a nongovernmental organization that helps businesses, governments and other organizations understand and communicate their impacts on issues such as climate change, human rights and corruption.

Inditex is also a member of the GRI GOLD Community, one of more than 500 organizations whose aim is to help GRI shape the future of sustainability, according to GRI’s web site.

It is also a member of the United Nations Global Compact and the International Integrated Reporting Council. In addition, the group has committed to the 17 goals laid out in the U.N.’s 2030 Agenda for Sustainable Development approved by member states in 2015. They cover wide-ranging targets such as reducing hunger, poverty, disease and gender inequality.

The company has already taken action to improve workers’ wages. In 2014, Inditex renewed a global framework agreement with global union federation IndustriALL designed to promote fair work practices across the group’s supply chain. It covers over a million workers in more than 6,000 supplier factories worldwide, making clothes for eight Inditex brands, including Zara, Pull & Bear and Massimo Dutti. Inditex was the first global retailer to sign the initial GFA in 2007 with IndustriALL’s predecessor, the International Textile, Garment and Leather Workers’ Federation.

As a direct result of the agreement, the concept of a living wage was introduced into the group’s code of conduct. It has now implemented the GFA in 11 manufacturing clusters accounting for 90 percent of its total production, including countries such as China, India, Turkey and Brazil.

Inditex is also looking to reduce the environmental impact of its output. One of the measures unveiled by Isla is a partnership with Lenzing, the Austrian company that makes Tencel, for the manufacture of premium textile raw materials from textile waste generated by the retailer. Inditex will provide fabric for recycling into new Tencel Lyocell fiber. Inditex plans to start with a contribution of around 500 tons of textile waste, with the aim of raising this to around 3,000 tons within a few years. Inditex said that is enough fiber to produce fabric for 48 million garments.

Beyond that, the company plans to partner with MIT and Spanish universities on research into technology for the creation of new textile fibers. In its key domestic market, Zara has launched a pilot test in Madrid with the Spanish charity Caritas and transportation firm Seur to collect used clothing at people’s homes, for free, when delivering online orders. Inditex hopes to extend the scheme, gradually, throughout Spain.

To minimize waste, the retailer also has been installing garment collection containers in Zara stores, in collaboration with Caritas, which sorts the clothing to extend the garment’s life, either by donating the clothing to people in need, or selecting it to be recycled.

The company plans to donate 3.5 million euros, or $3.9 million, over two years to this project, which will also encompass the modernization of Caritas’ garment sorting and treatment plants. In parallel, Inditex has helped to place new containers on the streets in several Spanish cities.

In 2015, as part of the project, Inditex collected 5.7 tons of items from stores and 37 tons from logistics centers and offices. This year, it is extending the initiative to other markets, such as Germany, Italy, Portugal, France, Japan, China and Hong Kong.

Its Swedish rival H&M has claimed it was the first fashion company to implement a global garment collection initiative. Since the H&M scheme was launched in 2013, it has gathered more than 22,000 tons of garments — the fabric equivalent of 100 million T-shirts, the company said on its web site.

Environmental group Greenpeace has rated the two firms among the front-runners in its “Detox My Fashion” campaign. Inditex, H&M and Benetton were the three brands awarded “avant-garde” status this year for their progress toward the goal of eliminating hazardous chemicals from the manufacture of clothes by 2020.

Indeed, Poza says the company has implemented new procedures for wet processes management within its supply chain in order to continue reducing water consumption, and reach its “zero discharge” of hazardous chemicals commitment by 2020.

This year, Inditex was named the most sustainable company in the retailing industry by the Dow Jones Sustainability Index, while Isla was recently ranked third best-performing ceo in the world by the Harvard Business Review, which changed its methodology this year by adding a metric that scored each company’s environmental, social and governance performance, based on the calculations of the investment research firm Sustainalytics.

Inditex has also obtained one of the highest scores in its sector in terms of quantifying and meeting carbon-cutting targets and implementing programs designed to reduce emissions in its direct operations and across its supply chain, as measured by CDP, formerly the Carbon Disclosure Project. CDP runs the global disclosure system that enables companies, cities, states and regions to measure and manage their environmental impacts. Inditex is also one of the leading companies for water management in the CDP Water program.

All the activities it has undertaken and outlined, as well as the ratings it has received from other labor and environmental organizations, is the reason Inditex is the winner of the first WWD Honor for Corporate Citizenship.

Inditex takes stock of its environmental impact and efforts each year in its annual report. The company’s annual report also follows the Global Reporting Initiative principles, and is audited by independent international consultants. “We do this in order to challenge ourselves and continue improving,” says Poza.

Experts in sustainable production say Inditex is on the right track, although they still see room for improvement.

Clare Lissaman, director, product and impact at Mysource.io, a platform matching fashion professionals with sustainable supply chains, praised Inditex for signing the wage agreement with IndustriALL, underlining that it was the first of its kind to cover a retail supply chain.

“I’d like to see Inditex using Fair Trade-certified cotton — guaranteeing the Fair Trade minimum price to cotton farmers. If even only a proportion of Inditex’s cotton consumption came from Fair Trade sources, it could transform the lives of thousands of farmers and their families,” adds Lissaman, who does not work with Inditex.

She also raises what Tamsin Lejeune, ceo of the Ethical Fashion Forum and Mysource.io, refers to as “the elephant in the room” when it comes to discussions among fast-fashion retailers about sustainability. “I applaud any effort by any business to be more sustainable. However, the underlying fast-fashion business model is still one of growth and increasing production and consumption, which presents major challenges to environmental sustainability,” says Lissaman.

“And the fast-fashion industry could be doing a lot more, including working with governments and trade unions to ensure decent work and a wage they can live on for garment workers,” she adds.

LaRhea Pepper, managing director of the non-profit organization Textile Exchange, is working with Inditex on its sustainability initiatives. “The fast-fashion apparel industry is gaining some awareness about the negative impacts that their sourcing models are having on the environment and the people that manufacture the millions of garments that support this industry,” she says.

“Only a few are taking action. Inditex is one of the leaders. They have implemented strategies to use more responsible fiber and materials like organic cotton and Tencel. Their new product group, Join Life, also takes into account water and energy savings,” Pepper adds. “Inditex has made a great start. To fully support sustainability in meaningful ways in the communities, the environmental focus must continue to expand and they need to make sure the people involved — from the ground up — those growing the cotton and those selling all those lovely clothes, have fair compensation.”

Inditex agrees there is more work to be done.

Poza says the results achieved so far “represent a challenge to keep improving in all of our activities, and they also help us understand if we are moving in the right direction or if we have to adjust any of our strategies in the pursuit of sustainability.”

Poza also argues that Inditex is guided by its customers and the stakeholders — workers, trade unions, universities — it deals with on a regular basis.

“Our model has customers at its center and what we mean by customers is everyone who is interested in our company. Because we do not advertise we have to get things right to attract customers. We have to interact with customers every day, and here is where respect for diversity and multiculturalism make sense,” he says. “You understand how important it is to have understanding across borders and how rich the world is. And we understand that all of us have something in common, to try to make the world a better place and to think in the long-term.”