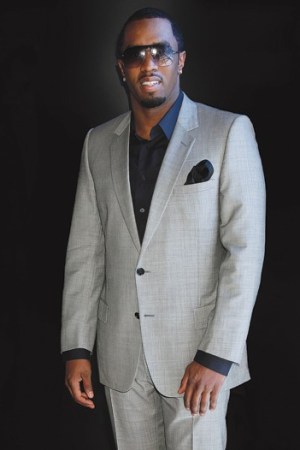 Sean “Diddy” Combs is set to follow in the footsteps of Tommy Hilfiger. Sean John, the men’s label founded by the hip-hop artist/mogul/man-about-town, has inked a transformative deal with Macy’s Inc., similar to the one Hilfiger signed in 2007. Beginning with the spring 2011 season, Sean John men’s sportswear will be only available at Macy’s stores and on macys.com, as well as in the Sean John flagship on Fifth Avenue in New York and eight Sean John outlets. The first exclusive product will begin hitting 400 Macy’s doors even earlier, in October, and Macy’s executives believe distribution will expand to almost all of its 850 stores in coming years. Also in men’s, Coach opened it’s very first men’s only store at 370 Bleecker Street in Manhattan this week, joining men’s powerhouses Ralph Lauren, Marc Jacobs, Black Fleece and Tommy Hilfiger on the trendy West Village shopping strip. And in dress shirt trends, the flight to basic styles and safe replenishment programs is finally reversing in the dress shirt market, where major brands are seeing an uptick in fashion colors, bold stripes and statement patterns for fall.

There are flickers of hope in the beleaguered retail real estate industry. Vacancy rates are down in several cities and fewer retailers are asking landlords for rent reductions. In San Francisco, leases that were on hold for as long as a year are being dusted off and signed, local brokers said. Two mixed-use projects with large retail components are moving forward in Chicago. Meanwhile, rents have increased modestly in several Manhattan neighborhoods. Still, plenty of indicators point to a painstaking recovery. While the pace of decline in the retail real estate sector has slowed in the last year, vacancies overall continue to rise.

Weak same-store sales in April proved to be merely a footnote to a day of wild gyrations on Wall Street and declines in Asia and Europe, as fears continued to grow that Greece’s economic ills could send the global recovery shuddering to a halt. The Dow Jones Industrial Average fell almost 800 points at one point in late-afternoon trading before closing the day with declines of 3.2 percent to 10,520.32. And a better-than-expected rise in U.S. payrolls helped stocks start off on a positive note Friday, but lingering concerns about Europe’s debt problems and Thursday’s turmoil on Wall Street loomed large over the trading session. In the first hour of trading, the S&P Retail Index was down 1.75 points, or 0.4 percent, to 449.31. Losers outnumbered gainers by a wide margin, but among those seeing increases were Zale Corp. up 7.8 percent to $2.78, and American Apparel Inc., up 6.1 percent $2.68.

New York City’s young designers — including Jason Wu, Thakoon Panichgul, Ohne Titel, Phillip Lim and Peter Som — now are thinking globally almost from the moment they launch their labels. And these days, they see the biggest potential in the East — from China to South Korea, India to the Middle East, including the Emirates and Lebanon. Many said Europe and Russia remain challenging, given their economic turmoil, while markets such as Brazil are still relatively untapped even though major luxury brands are flocking there. To build their overseas presences, designers have either partnered with sales showrooms in other fashion capitals or started to go to Paris during the city’s fashion weeks to show and sell their collections to buyers who don’t make the trip to New York.

The tide has turned, the worst is over, there are glimmers of hope. Whatever cliché one wants to use, it seems as if the industry is staging a comeback after the debacle that was late 2008 and all of 2009. Consumers are sallying forth again like nervous rabbits coming out of the bushes, beginning to snap up not only handbags, shoes and jewelry, but also apparel. Comparable-store sales are on the rebound from their depths of 12 months ago, and executives express optimism that the upswing will continue through the year. According to the U.S. Commerce Department, consumers increased their spending 3.6 percent in the first quarter, the strongest showing since early 2007.

When it comes to dressing, the theme of the Metropolitan Museum of Art’s annual Costume Institute gala, “American Woman,” left guests with two options: Be the patriot or promote international relations. Firmly in the first camp was Diane von Furstenberg, whose frock was literally star-spangled. “I am the Statue of Liberty,” she said with pride. Joining her were Taylor Swift and Jessica Biel in Ralph Lauren, Brooke Shields in Michael Kors, Mamie Gummer in Donna Karan and co-hostess Oprah Winfrey in Oscar de la Renta (he may not have been born in the U.S. of A., but he is one of its proudest citizens). Nevertheless, a few of the American women chose to represent our European allies. Kristen Stewart wore Chanel, and January Jones, Yves Saint Laurent and Anne Hathaway, Valentino. And then there was Katy Perry, who flew the flag for American individuality. Her electric gown came from a shop in France called Cute Circuit and had flashing lights, presumably enough to get her through the evening. “I have backups,” she said. “But I do feel like a terrorist wearing all these batteries.”
See images from the after party here>>

Fashion’s Night Out, the retail event spearheaded by the international editions of Vogue, has been transformed from a single night into a six-day global shop-a-thon, beginning Sept. 7. Condé Nast today will reveal that this year’s event will begin in France, spread east and west, and then close in Greece and Turkey on Sept. 16. Sixteen countries will take part in the second Fashion’s Night Out, which is aimed at luring shoppers into stores. Last year, the event took place on the same night — Sept. 10 — in cities worldwide. A Condé Nast spokeswoman here said the staggered dates of this year’s event are meant to help the cities maximize their sales.

Calvin Klein’s newest fragrance might surprise a few people: Its spokeswoman, Diane Kruger, is fully clothed in the advertising and its name is decidedly unprovocative. In addition, the scent itself is a sophisticated floral designed to appeal to Calvin Klein Collection customers. “We didn’t have a fragrance that was Collection level,” noted Francisco Costa, creative director of Calvin Klein Collection, of Calvin Klein Beauty, the new women’s scent that will launch in October worldwide. Also, the Aramis and Designer Fragrances division of the Estée Lauder Cos. is trying something a little different in its quest to sell fragrances: a high-touch mobile application dubbed Ascent, which is delivered via an Apple iPod Touch at department and specialty store counters worldwide. And in beauty trends, accessibility is trumping traditional retail boundaries as consumers show themselves eager to shop in an array of environments — and savvy beauty brands follow them. For example, when Steve Stoute was mapping out the launch strategy for Mary J. Blige’s upcoming scent, he decided almost immediately against department stores — the traditional go-to option for such a project. Instead, the scent will launch in late July on the home-shopping TV channel HSN, bypassing brick-and-mortar retailers all together — for the time being, at least.

On a windy Thursday morning in Northampton, Mass., Kim Gordon is holding court in her basement, giving a tour of its cavernous environs. There’s the usual storage miscellany — boxes, discarded decorations and dusty, decades-old puzzles, including a 150-piece jigsaw of Starsky and Hutch resting askew on an even dustier bookshelf. But this is Gordon, she of Sonic Youth fame, and the brimming cornucopia of plain-old stuff here is both treasure trove and time capsule. For starters, this is where Gordon and Thurston Moore, her bandmate and husband, rehearse. “We wrote most of the last record [2009’s ‘The Eternal’] here,” she says, gesturing toward the drum set, guitars and music stands littered throughout. The back half of the space is bursting with records, cassette tapes and CDs in endless bookshelves and rows — that’s Moore’s personal collection. Gordon is talking about her immersion in art. In March, she published a book of artwork “Performing/Guzzling,” with Rizzoli; last month, she came out with a portfolio, “Kim Gordon: The Noise Paintings,” to accompany a current exhibit at the John McWhinnie @ Glenn Horowitz Bookseller and Art Gallery, and on Friday, she will open yet another show at KS Art Gallery, which also will double as the book party for “Performing/Guzzling.” Come June, she’ll publish yet another art series, with New York boutique No. 6.

The old Tiffany & Co. building on 36th Street and Fifth Avenue looked “forlorn,” according to WWD on Oct. 21, 1940. That day, the jewelry firm opened its famous 57th Street flagship — where Holly Golightly would have breakfast 20 years later — with relatively little fanfare. Members of the Uptown Retail Guild and Bloomingdale Bros. posted advertising columns in local papers, extending best wishes to the century-old Tiffany’s. The entire staff had worked all night putting the finishing touches on the dazzling seven-story building. The china and glassware exhibit on the third floor and silverware on the second drew great admiration, as did the main floor jewels. A lot of old-time customers were on hand for the opening, but many people wandered in off the streets to see the new space, and the Tiffany & Co. executives welcomed them all.
See more from Back in Time >>
You're missing something!
SUBSCRIBE NOW
Companies People People & Companies regions
load comments
blog comments powered by Disqus