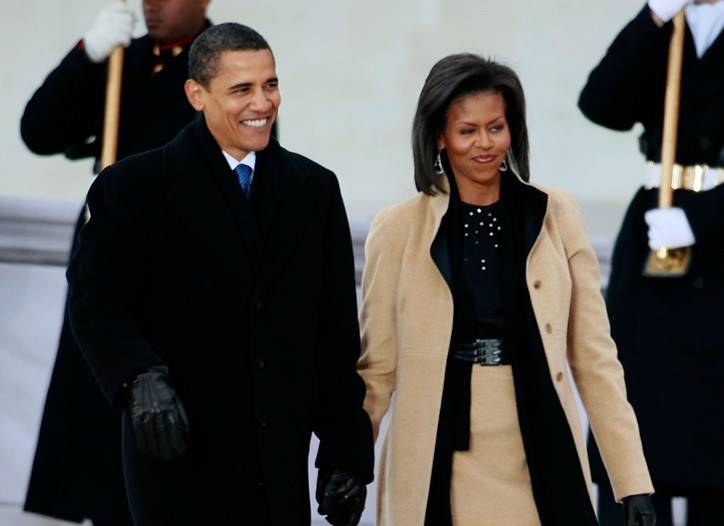 View ALL 5 Photos
On the historic day of Barack Obama’s inauguration, WWD looks back on our coverage of President-Elect Barack Obama and the myriad of effects his election has had on virtually every industry.

POLITICS: GETTING DOWN TO BUSINESS


THE MEDIA AND BRAND OBAMA

Obama Girls Influence Style
When it comes to the first family-elect, Michelle Obama is clearly not the only one with some style.

Michelle Obama’s White House Style
For her first visit to the White House with her husband, President-elect Barack Obama, on Monday afternoon, Michelle Obama sent some clear messages via her choice of fashion.

President Obama’s Era: Low-Key and Modern, From Society to Style
The reign of the 44th President-elect won’t be a New Camelot. Instead, he and his young family will bring their own youthful, low-key style to the White House.

POLITICS: GETTING DOWN TO BUSINESS

New Era Dawns as Obama Steps Into Presidency
On the eve of an historic inauguration, Barack Obama is poised to roll out a groundbreaking agenda.

THE MEDIA AND BRAND OBAMA

The Obama Factor… Waiting for Beyonce… Halloween Parties…
Michelle Obama may very well be the new Oprah Winfrey when it comes to Midas touch.

From the WWD Blog: Celebrity Swarm on the Potomac
The nation’s capital is turning Hollywood for President-elect Barack Obama’s inauguration.

Red, White and Perfect: D.C. Preps for Inauguration
With high-definition cameras rolling and historical TV footage in the making, legions of lawmakers, political pundits and gala goers are bent on appearing picture perfect.

Washington Stores Expect Boost From Obama
Retailers here could get a temporary reprieve from the economy’s doldrums as millions of people pour into the nation’s capital.