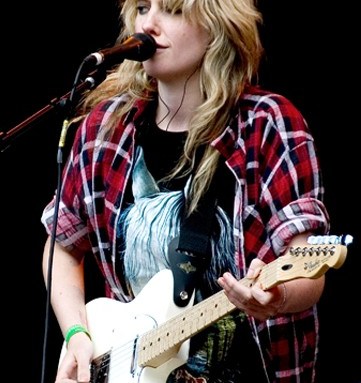 This season, British designers played tracks by hot indie bands and hired classical musicians to complement their collections. But leave it to cheeky Henry Holland to bring the lowbrow into high culture. He closed his show with the theme song to “Beverly Hills 90210.” Here, WWD’s London playlist.

• “We Tigers” by Animal Collective (Cooperative Designs)
• “Divertissement à la Hongroise” by Franz Schubert (Erdem)
• “L’amour et la Violence” by Sébastian Tellier (Roksanda Ilincic)
• “I Wanna Be Like You” From Disney’s Jungle Book soundtrack (Christopher Kane)
• “When We Pretend That We’re Dead” by L7 (Sinha Stanic)
• “Pink Panther theme” (William Tempest)
• “Back of the Van” by Ladyhawke (Issa)
• “Mesopotamia” by The B-52’s (Paul Smith)
• Mixed tracks by The Misshapes (Henry Holland)
• “Digitonal” and “Swod” by Doug Haywood (Graeme Black)
• “Hey, Mickey” by Toni Basil (Adidas by Stella McCartney)
• “Hit Me on My Beeper” by The Cool Kids