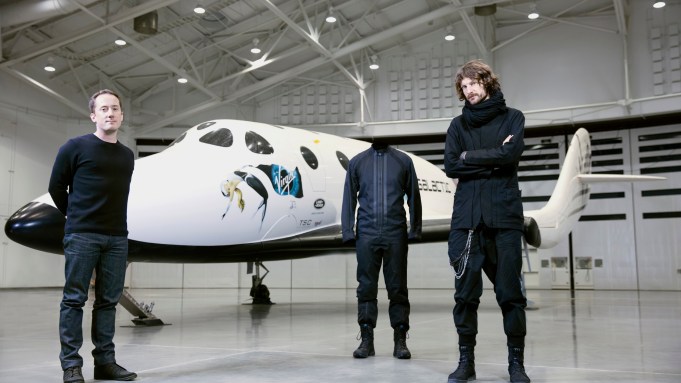 Y-3, a fashion collaboration between Adidas and Yohji Yamamoto, has forged a partnership with Virgin Galactic, for a space-apparel system for Virgin Galactic’s pilots, future astronauts and the operations team in Spaceport America.

Lawrence Midwood, senior director and designer at Y-3, said, “Space travel is one of the most exciting developments of our generation….The pilot flight-suit prototype that we have developed truly represents both of our brands and, more importantly, will ensure comfort, functionality and support for the pilots of the world’s first commercial space flights.” In addition to the pilot flight-suit and boot, a bespoke limited edition Y-3 and Virgin Galactic partnership jacket has also been revealed.