The question remains: Who will design the dress? 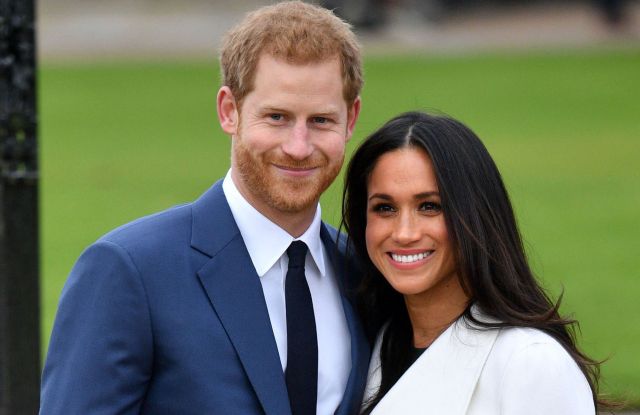 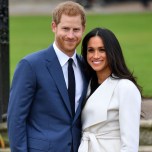 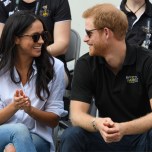 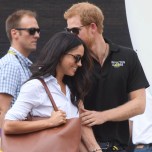 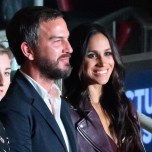 Meghan Markle is already hogging the headlines, forcing fashion web sites to crash and wooing the public with her confidence, poise and big smile.

Even Queen Elizabeth II has buckled under the weight of her charm and invited Markle to spend Christmas at her Sandringham estate in Norfolk, England before she marries Prince Harry on May 19.

Just one big question mark remains. Who will she choose to design her dress?

Will she choose one of her favorites, like Roland Mouret, Antonio Berardi or Erdem? Or nod to her American roots and pick a designer from home to create what is likely to be the wedding dress of the year?

That said, she loves niche brands and may take the opportunity to plump for an emerging talent — like the young Lady Di did by choosing David and Elizabeth Emanuel for her big day — or a relative unknown.

For the photo call at Kensington Palace last month to mark their official engagement, Markle wore a white belted coat from The Line over a green P.A.R.O.S.H. dress with nude heels by Aquazzura and yellow gold and opal earrings from Birks.

“Traditionally it would be an English designer, but perhaps as a nod to her heritage, she’ll choose an American one so the poor girl actually has some say in her wedding day,” said royal biographer and editor in chief of Majesty Magazine Ingrid Seward.

“Oscar de la Renta perhaps, but maybe that’s too old-school. If it’s British, it could be Alice Temperley or Alexander McQueen, who is favored by her friend Markus,” added Seward, referring to Markus Anderson, Markle’s best friend.

That said, would Markle really pick the same wedding dress designer as her future sister-in-law? Still, she might well tear a page out of Kate Middleton’s book and consult the editor in chief of British Vogue, who is now Edward Enninful.

Bruce Oldfield, who designed many an outfit for Princess Diana and who was a contender to design the Duchess of Cambridge’s wedding dress, said: “It would be fabulous if Meghan chose a British designer. It would seem very fitting — the British public would love it.”

Oldfield is one of Britain’s premier dress designers and a perennial favorite among the mothers and daughters of London society. He created power suits and evening gowns for Princess Diana in the Eighties, and has made one-off dresses for clients including Samantha Cameron, Sienna Miller, Charlotte Rampling and Queen Rania of Jordan.

He said the royal bride-to-be will need to look “convincingly regal. I’ve become known for making my brides look like princesses — even those who aren’t going to actually become one,” Oldfield added, placing his hat in the ring.

Markle could also turn to Giles Deacon, who designed Pippa Middleton’s wedding dress and who volunteered himself for the job earlier this year. “If Meghan Markle was in any way interested, I would be more than delighted,” he told the British press. “But I’m sure she’s got plenty of other people on her list.”

The bride-to-be also has a host of stylist friends who will most certainly give her some guidance. They include Joe Zee and Rachel Zoe. Her photographer pal Jake Rosenberg, who works for the The Coveteur.com — which spotlights celebrities’ closets — might have a few words of advice, as well.

That said, maybe she’ll do it herself.

Markle is a guest designer for Reitmans, creating a work-to-weekend collection that’s sold in select stores and online. Her signature faux-leather pencil skirt looks like something her fast-tracking paralegal character Rachel Zane would wear on the U.S. network show.

The cashmere-blend poncho and faux leather leggings have been bestsellers, according to the company. Although wedding dresses aren’t part of the offer, there’s a first for everything.

Whatever dress she wears, Markle already has transformed the British royal family even before her wedding. Her career, her heritage and her marital status would have in the past immediately have disqualified her from even being considered as a potential bride for a young royal. Dating an actress — let alone one who has been in steamy scenes in the hit series “Suits” — would at one time been OK, but never marrying one. Her mixed-race heritage shows how far the once-cloistered royals have come in their attitudes when the previous choices had to be limited to either fellow European royals or at least members of the British upper crust (think Lady Di). Then there’s the fact that she is divorced which, again, would have been a definite no-no.

“They like her, because she’s not an ‘Annabelle’ or a ‘Caroline,’” author and social commentator Peter York told WWD shortly after the engagement was revealed, referring to typically posh girl names.

“I think that the royal family have absolutely learned from the whole [Princess] Diana thing. Just getting a toff [a member of the upper class] — and remember Diana was a hyper toff — is no guarantee. You have to think out of the box. Kate [Middleton] has been an enormous success, and there’s no reason to think this lady isn’t going to be one, too.”

Despite some nutty behavior — or maybe because of it — York said Brits have an abiding affection for Prince Harry. “Everybody’s rooting for him. It’s a lovely distraction from the horrors of Brexit, and for a nation that’s not at peace at the moment.”

And while the Duchess of Cambridge has been the royal family’s fashion plate until now, she is about to have her third child — making Markle the one who the cameras will focus on for a while. And like Kate Middleton, Markle can move merchandise. The fashion search platform Lyst noticed that certain outfits worn by Markle have seen “unprecedented” spikes.

“Meghan has her own distinct style, and this search data shows that the public is excited by the arrival of a new and different royal fashion influencer on the scene,” said communications director of Lyst, Katy Lubin, last month.

“As the newest princess-to-be on the block, this makes her a key influencer with a huge global platform to promote brands. She favors a contemporary, laid-back style, and often champions affordable designers. This makes her wardrobe seem more accessible than Kate’s,” Lubin said.

So get set for just what the world loves: the crowning of another royal princess.