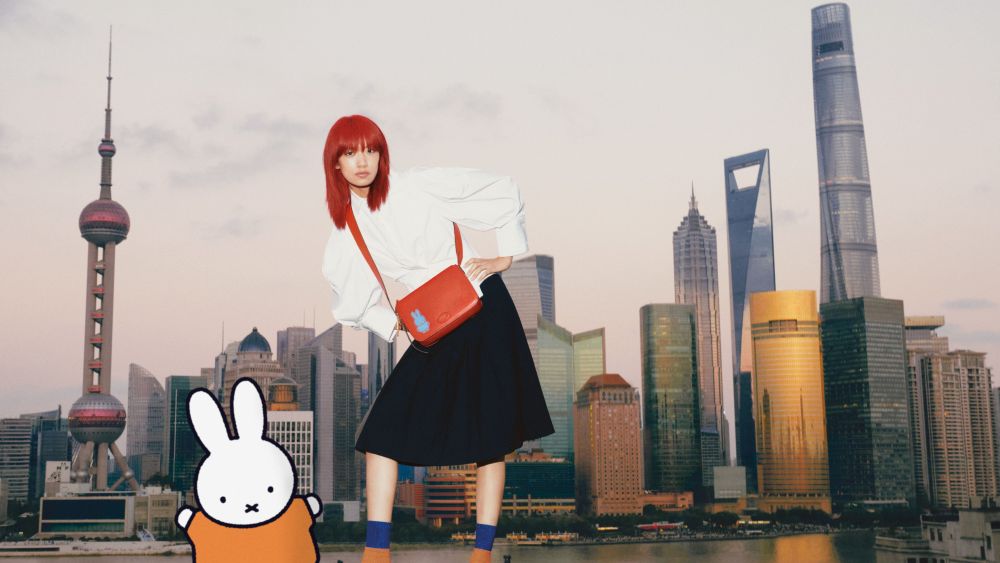 SHANGHAI — As China gets ready for the first Chinese New Year holiday rush following the removal of COVID-19-related restrictions on Jan. 8, brands have released their Year of the Rabbit campaigns for the key gifting period.

With the country’s economy expected to experience a steady U-shape recovery and the luxury sector set to grow between 5 and 10 percent in 2023, brands are introducing Chinese New Year capsule collections with a wide range of product offerings and global retail releases as Chinese shoppers resume traveling.

According to the Ministry of Culture and Tourism, tourism revenue grew 4 percent year-over-year to 26.5 billion renminbi, or $3.8 billion, during the 2022 Chinese New Year holiday, while a New Year travel boom is expected this year.

This year, Chinese New Year falls on Jan. 22 and marks the beginning of the Year of the Rabbit, an energetic and prosperous animal that is said to be the luckiest of the 12 zodiac signs.

Louis Vuitton, Dior and Gucci have created playful and childlike motifs of the rabbit on a range of products, including festive and casual outfits, handbags, jewelry and a popular gifting item, the scarf.

Neither Chanel nor Hermès has released any capsules for the occasion, but the latter is running a rabbit-themed edit on its e-commerce site on the WeChat mini-program.

Balenciaga is also noticeably missing from the festive event, possibly due to the recent controversies about past ad campaigns. Its Year of Tiger campaign was well received last year.

Burberry created a Chinese New Year capsule with the brand’s signature TB monogram reimagined with rabbit ears and cartoon-inspired motifs. Some are positioned back-to-back so that the ears meet to form a heart shape while others sit atop the Burberry logo.

To add a sense of pop and fun, brands such as Givenchy, Mulberry, Moschino and Moncler linked with famous bunny characters to create a sense of nostalgia and cater to a broad audience base.

Mulberry collaborated with the Dutch bunny Miffy on a capsule collection featuring bags and accessories in Miffy’s signature orange, green and blue. Mulberry brought the collection to life with a campaign that features cheerful models playing hide-and-seek against the backdrop of the Shanghai skyline.

“In the short time since the collection launched, we have already seen a great reaction to the collaboration, in China and across our global store and digital network,” Mulberry added.

Moncler teamed with Roger Rabbit, the protagonist from Disney’s 1988 animated film “Who Framed Roger Rabbit,” with a campaign shot by the up-and-coming Chinese photographer Sky capturing Moncler ambassador Wang Yibo and models in a dreamlike setting.

Givenchy collaborated with another Disney character, Oswald the Lucky Rabbit, for a capsule collection.

Bottega Veneta and Prada focused less on rabbits and instead created poetic narratives exploring the evolving meaning of the Chinese New Year.

For Pooky Lee, “emotionally sensitive” campaigns can further engage the younger generation of Chinese consumers who value nuanced, creative expression from brands. “It means that you truly understand and respect the complexity of the market,” said Lee.

Echoing creative director Matthieu Blazy’s vision of setting “craft in motion,” the brand also set in motion a traditional green-skinned train that bore no brand markings, only the slogan “On the road back home, Happy New Year.”

The month-long initiative will take passengers from Shanghai to Dalian, making a special stop at the Shanhaiguan district near the Great Wall, a nod to the Italian luxury brand’s destination campaign for the Year of the Tiger in 2022.

Prada also took a subtle approach by focusing on creating an intimate connection with its brand ambassadors. Named “Memories of Beauty,” the campaign features Prada ambassadors Cai Xukun, Chunxia, actor Yufan Bai and model Du Juan alongside still-life images of objects such as a record player and a pot of daffodils, which “bear witness to moments from their past.”

For Self-Portrait founder and creative director Han Chong, celebrating traditional values such as “unity, community and shared rituals” is just as important.

The collection features designs for women and kids and includes holiday dresses inspired by the cheongsam, or qipao, in the brand’s signature guipure lace and crepe fabrics.

“This is our second Lunar New Year capsule collection, which has seen increasing popularity with our wholesale and retail partners,” said Chong. “We believe that part of the success is due to our sincere yet contemporary approach, respecting traditions but also celebrating this important moment with modern sensibilities that was previously missing from the market.”

Also, keen on forging new rituals and “cherishing every day,” Chinese designer brand Xu Zhi created a holiday campaign featuring friends and family dressed in his bunny-filled sweaters and cardigans. The designer, Daniel Xu Zhi Chen, even made a cameo himself.

“Our ancestors celebrated the 24 solar terms and the 72 pentads, but I think the deeper meaning of creating rituals is to live in the moment, to document the love and goodwill that surrounds me, and to share that love with our customers,” said Chen.

For another local brand, Short Sentence, the Chinese New Year holiday celebration extends to Valentine’s Day. The brand unveiled the “I love you, too” (with “too” rhyming with the Chinese character for rabbit) campaign featuring red and pink “Mr. Bunny” sweaters and a rabbit hole-like window installation at the brand’s Shanghai store.

Short Sentence designer Lin Guan said the collection aims to break the stigma of expressing love and gratitude for family members and loved ones.

“The Chinese only express love and admiration in a very reserved fashion. Love should not be expressed passionately; if you do so to your family members, it could be met with embarrassment,” said Guan. “But when you say, ‘I love you, too,’ it’s less embarrassing.”