Multifaceted designer, artist and civil rights advocate Angelo Cruciani rethought everything his collection was about in the wake of the pandemic.

The spring 2021 season was supposed to represent a leap for designer Angelo Cruciani’s Yezael brand.

The Italian artist, civil rights advocate and designer had originally planned to join the official Paris Fashion Week calendar with a physical presentation after five years of taking his designs on a roving trip across different international fashion showcases, including Altaroma, Shanghai Fashion Week and Mexico Fashion Week.

With COVID-19 wreaking havoc and physical shows replaced with digital showcases, both in Paris and Milan, Cruciani — not one to rest on his laurels — had to rethink his plans and decided to go off-calendar and present his coed collection on TikTok on July 13.

“We didn’t believe it was right for us to jump on the Milan Digital Fashion Week calendar along the way, because when you start structuring your brand I think you should choose one platform and as long as it resonates with your strategy, stick with it,” the designer said. “I decided to show on the Monday of transition between the two fashion weeks because the language we are committed to explore [with this collection] sits in the middle of the two.”

With an audience of teenage fans — especially across the U.S., China, Japan and South Korea — grappling with fear and anxiety caused by COVID-19, Cruciani said the Gen Z-friendly platform felt particularly right for the moment.

“The language of TikTok is a great way to express our optimism as it engages both the models and the audience with a fun take on the presentation format,” the designer contended. “Regardless of your background, on TikTok you can play and reconnect with your childhood spirit, with irony and creativity.”

Models won’t walk the runway, instead embracing some of the famous challenges that have become viral on the social network.

This positive attitude conveyed through the presentation format equally applies to Yezael’s fashion. 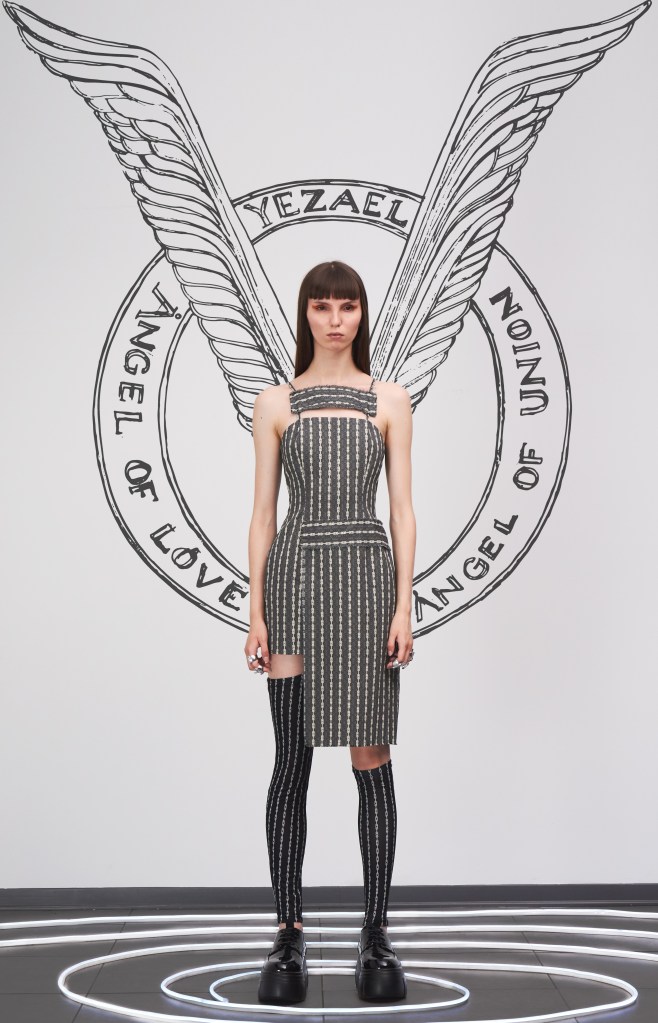 A look from Yezael’s spring 2021 women’s collection.  Courtesy of Yezael.

Drawing inspiration from the Harvard Study of Adult Development — one of the longest-running studies on happiness that has followed a group of men since they were teenagers in 1938 — the spring 2021 showcase “addresses the human need for relationships,” which both him and the study consider pivotal in spurring happiness, a topic, he said, that is particularly relevant after “COVID-19 has forced us to stay apart and stop taking our friends and family for granted, understanding that this need to build relationships is not a given.”

Don’t expect the usual “happy collection” peppered with floral motifs and colorful designs, though. Cruciani wanted to get rid of all stereotypes, with clothes bearing instead uplifting phrases in the form of embellishments, jacquard motifs and embroideries. “They become a manifesto of what we and our clients want to express,” the designer said.

In tune with his multifaceted approach that embraces not only fashion but also the arts and social initiatives aimed at fostering inclusivity, acceptance and social justice, Cruciani decided to rethink his spring lineup during lockdown, as what his team was working on before the pandemic hit Italy and the world started to appear “meaningless all of a sudden,” he said.

“Fashion is not only ornamentation. It’s a system studying society, it’s a world looking at the world and for this reason we have a responsibility,” he said. “In the past it was often disregarded, as designers would rarely take stances or come out, preferring to stay behind the scenes when it comes to cultural and social issues” for fear of compromising their business and sales, he said.

The winds are changing as a new generation of creative types is embracing the more outspoken path — one marked by ruggedness and complexity, Cruciani mused.

“Global [fashion] markets definitely want to avoid complications, but it’s our responsibility to break the rules and foster inclusivity — across gender, race, body shape, disabilities. Inclusivity is not a trend, it’s a necessity,” he noted. “I always tend to be discreet, I don’t want to do politics, but I like to give my contribution through fashion and the social initiatives I promote.”

A longtime vocal supporter of the LGBTQ community and of civil rights, Cruciani has employed different means — from painting to site-specific installations and even flashmobs — amassing, for example, 1 million people across 120 squares in different international cities in 2016 to raise awareness of human rights to spread a message of social justice. He also regularly collaborates with Milano Pride, the organizing body of the annual march in support of the LGBTQ community and other nonprofit associations such as Amnesty International, Legambiente and Casa delle Donne. 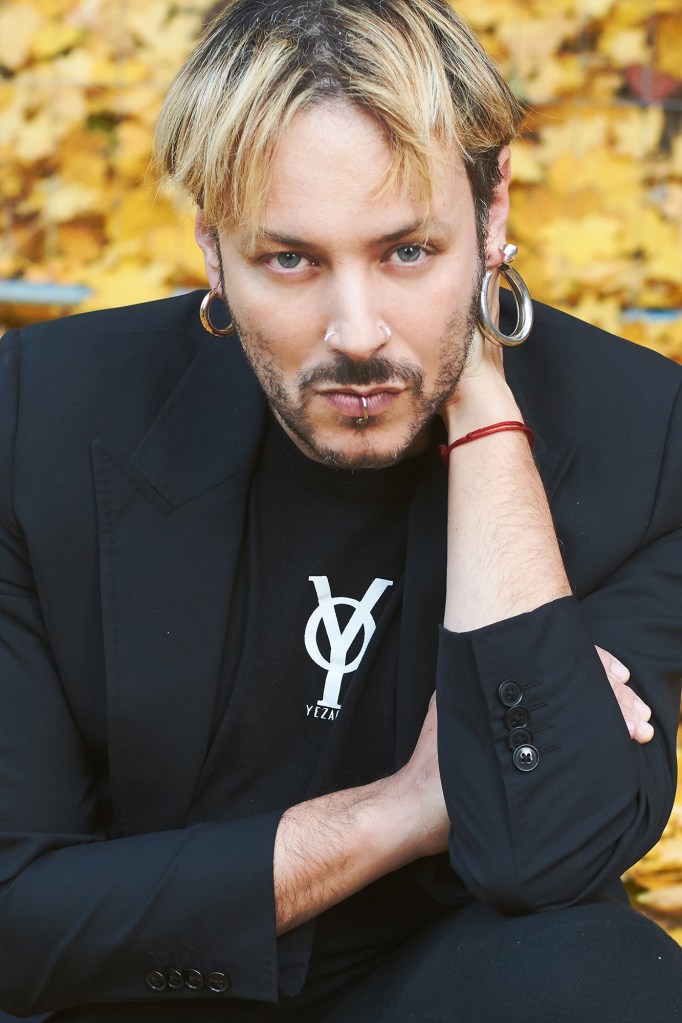 “Since I started the Yezael brand in 2015 I’ve had a ‘bipolar’ approach. There’s always been a side of my personality and creativity dedicated to the arts and another one committed to fashion creation. When I started to explore the notion of love as part of my body of work — using the heart symbol both in fashion and art — I soon realized that what I was doing in fashion was my primary form of expression so I abandoned painting and street art and started to organize flashmobs and create artworks with people,” the designer explained.

In 2016, the two forms of expression collided when Cruciani showcased his Army of Love collection during that year’s June edition of Pitti Uomo. Nazi uniforms were repurposed and covered in heart-shaped motifs as a means of “provocation, suggesting that if love had infiltrated society, probably some horrific tragedies in our history could have been avoided,” the designer recalled.

While acknowledging that fashion fosters inclusivity probably more than other industries, he also offered it represents “a bubble, an hyper-protected environment. The real challenge is to extend that inclusive bent to the broader society. Still in many workplaces, there’s discrimination that, I believe, comes from a certain misogyny and aversion for femininity that’s within us all, including gay and straight men.”

Having recently scored a gig on Netflix’s “Next in Fashion,” alongside other bubbly industry figures such as Daniel Fletcher and Angel Chen, Cruciani anticipated new projects with the streaming platform are a work in progress.

To this end, after Monday’s TikTok showcase, he’ll be back to his daily busy routine until “we’ll see each other on Netflix again,” he concluded.