To show or not to show — hardly the hardest of questions this week. After all, holding court on the runway has become the first mark that a designer’s made it  (at least until the reviews start rolling in), a necessary hazing to feel... 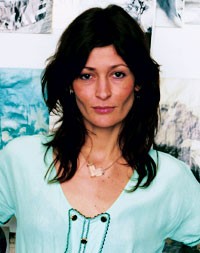 To show or not to show — hardly the hardest of questions this week. After all, holding court on the runway has become the first mark that a designer’s made it  (at least until the reviews start rolling in), a necessary hazing to feel part of the Club. Or is it?

Tucked away in her 350-square-foot store, designer Jane Mayle is busy renovating her showroom and boutique. Desks are being torn apart, walls set up, dust flies and boxes are piled sky high. Never mind the fashion extravaganza taking place in her fair city, the day’s order calls for the walls to be coated. If the industry plays to the proverbial tree falling in the woods, then Mayle, with nary a press peep during fashion week, might wonder if her collection exists when nobody’s there to see it.

Of course, such is never the case with this 5-foot 11-inch former model, with cheekbones so chiseled they could cut. Her eponymous NoLIta boutique, a pioneer of the neighborhood’s chic quotient, is celebrating its seventh anniversary this year; her clothes hang on the racks of major retailers across the globe, Barneys New York, Louis Boston and The Cross in London, among them, and talk to anyone in this business and they’ll tell you what a style icon Mayle is. “I adore Jane,” said Roopal Patel, Bergdorf Goodman’s fashion director, who landed the Brit her first retail account. “She has an incredible sense of style, which is so unique and so personalized. And she brings that into her collection.”

A collection, of course, that has never seen the runway, proving that it is possible to forge a lasting career sans a catwalk confrontation. Mayle admits, though, that it’s not without its fair share of pressures. “You know, [my team and I] really work hard and it shouldn’t take away from the feeling that we’re also accomplishing something down in our little office,” she said. “But at the same time, it does, because you’re working just as hard as the other designers and none of that is getting splashed around.”

But the temptation never lasts for long. Holding a show would never be in sync with her collection or what she wants this do. Known for her “magpie aesthetic,” her clothes tell the tale of vintage Old World romance — crepe-thin dresses with flounce sleeves, lean trousers and breezy tops. Her garments, however, are just part of the story. “It was always the idea of having a little shop, having my own little world and hoping that it would please other people,” she said. “The moment you put [your designs] on the runway, the clothes are first and foremost. And for me, it’s almost like the rest of the world I’m trying to create is left behind.”

Friend and fellow NoLIta shopkeeper Maria Cornejo, who has run the runway gauntlet herself, added that harder still is the pressure to keep the attention on a designer’s vision and away from the spectacle fashion week has become. “Increasingly, people are becoming less interested in the collection and more interested in who’s sitting in your front row.”

So it makes perfect sense that Mayle, a designer who’s so invested in what she’s trying to say, avoids the week’s spotlight, choosing instead to focus her money and energy into her famously imaginative lookbook.

“I go to so many shows,” Julie Gilhart, vice president and fashion director of Barneys said, “and to see her lookbook — the story, the influence of what she was inspired by, the touches of red and gold — it just so explains the thought process of her collection.

“Nowadays, things are so highly marketed and hyped,” she continued — which makes Mayle, the store as well as the designer, quite a unique voice in fashion’s cacophony.

“People respond to the emotional residue or resonance of my little world,” Mayle said. “Whatever I do, I do it because that’s where my heart is.”