By shooting glamorous clothes on a glamorous beauty, Zac Posen is bucking Collections tradition. Fashion. You've got to love it. 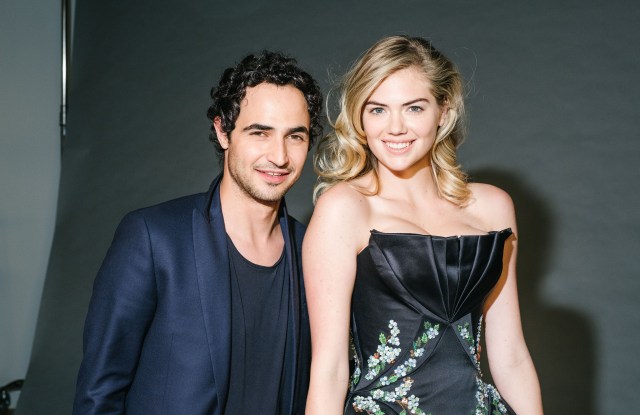 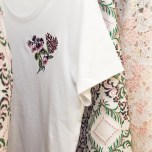 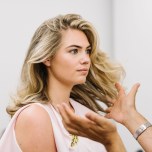 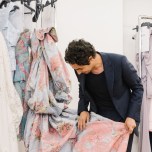 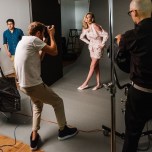 A Sunday in August — not a typical fashion work day. But then, given the industry’s current reality, “typical” is a word with little resonance, particularly at Collections time.

On this particular Sunday morning, Zac Posen’s studio on East 54th Street in Manhattan bustles with pre-shoot activity. For the second consecutive season, Posen has eschewed the runway in favor of one-on-one showroom appointments, this time bolstered by a look book shoot featuring two very different bombshell types — Barbara Faiho, reporting for duty the next day, and Kate Upton, who radiates charm from her makeup chair as she’s fussed over by star hairdresser Jimmy Paul. Is she willing to be photographed in curlers? A huge smile telegraphs the affirmative.

Just as several of New York’s premiere names — Thom Browne, Joseph Altuzarra, the Proenza Schouler and Rodarte duets — have decamped to Paris (where Posen showed years ago), staging a formal show is a strategic decision for some designers, Posen among them. These days, he is more focused on speaking directly and clearly to his customers than wow-ing the insider fashion set. The look book and related video content manifest his desire “to experiment and try a new way of presenting our collection to the customer and to control a message we want to tell and then tell a story,” he says.

To that point, when staging a show, tail sometimes wags dog. On the creative end, designers designing for a show do just that — design for the show — often around a tightly conceived and realized concept. Yet so specific a message can prove problematic in the event-dressing sphere in which individuality is a holy grail. The woman dressing up wants to stand out.

“Today when you’re building a collection, you have to have real range,” Posen says. “It’s really about making different items that are special for different customers. When you put a runway show together, there are these kind of rules that have entered our current industry about a kind of repetition, staying with one silhouette, concept and idea. But it’s not really how the retail world or consumers shop today. If they’re going to buy something designer, it really has to be something unique and special. How do you create a kind of feeling of cohesion of a collection without being one-note?”

For spring, Posen found that sense of cohesion in gardens — Beverly Hills gardens, to be exact. He indicates a Fifties-era picture of the famed Greenacres estate — it blooms precisely arranged — on his image board, along with a Seventies Avedon photo of Susan Forrestal looking oh-so-pretty-sexy in posey pink. As conversation wanders, Posen muses that Instagram filters may also, if subconsciously, have informed the plentiful pinks in the lineup, an explosion of lavish, lovely flower-bedecked glamour. At a time when many luxury-level designers and brands are grappling with how to go head-to-head in competition with the au courant streetwear set, Posen has identified and embraced a niche at its polar opposite.

He views his work as an evolution of a specific genre of fashion, which, he says, “continues a kind of American tradition of social dressing from a great lineage, from Oscar [de la Renta] and [Carolina] Herrera and [James] Galanos and [Pauline] Trigère…that is what we’ve been able to build into the market and expand on.”

His spring clothes are indeed diverse in fabric, silhouette and embellishment, yet unified by textural intensity and an ebullient current that builds from sly spark to full-on theatrical explosion. Full-skirted bustier dresses recall proper Fifties glam and arresting ballgowns, 18th-century grandeur. In between, sophistication drips from a tres haute sack-back column in a surprising white cotton jacquard. Some looks are highly and obviously constructed; others take a languid approach to dressing up. As for the embellishment, the flower bower comes alive in 3-D embroideries.

While event-dressing remains his focus, Posen is expanding stealthily into what he calls “high day,” a loose handle incorporating cocktail, a divine soigne evening suit in almost-black dark green (spring’s “grounding” color), and a healthy infusion of honest-to-goodness day clothes. These include lovely gently cut shirtdresses with exaggerated collars and sprays of embroidered flowers. “I’m not competing with H&M and Zara,” Posen says, while still noting the difficulty of building a strong daywear business in this age of “enormous-volume fast fashion.”

Not that plain-and-simple was ever his thing; from the beginning, Posen championed showstopping glam. It’s where he started when he burst into mainstream awareness 16 years ago, an American wunderkind out of London’s famed Central Saint Martins. His head was turned by the lure of a fashion life, one he imagined all as relentlessly glamorous as the kind of clothes he loved. His impression was that “a lot of people in this industry were living in fashion to facilitate a lifestyle. And that was, at that moment, something that I wanted to enter into,” he acknowledges of his younger, naive self. But after his glorious arrival, there were dues to pay and lessons to learn — a journey chronicled in the much-anticipated documentary “House of Z,” for which Vogue and Brooks Brothers will cohost a screening on Thursday evening, before the Calvin Klein show.

“There was an important make-or-break transitional moment when I realized in my life personally, and in business, that my work was my life and this process of [building] a company was what I was about,” Posen says. “That was a real refocus — as we’re here on a Sunday.”

Returning to the day’s endeavor, the shoot, Posen notes as well a larger-scale transition, this one unfolding industry-wide, which allows for alternatives to the runway. “I love a great extravaganza of a runway show; I’m a person who likes theatrics,” he says. “But there is something very refreshing about building a collection that has a range for a store to buy, for your customer to shop. It’s a great moment to try different ways to present your work to your customer.”

Posen calls Upton “a great American beauty” with whom he’s wanted to work for years. Desire became reality earlier this summer, after she appeared as a guest judge on “Project Runway,” on which Posen stars. “She was so poised, so beautiful, so elegant, yummy, and really represented this American glamour and a kind of optimism that I wanted to present to the collection,” he says. “Barbara has a more exotic look that kind of balances that out. And they happen to be very good friends. They’re both great beauties, they’re both voluptuous. It’s exciting.”

The excitement won’t end with the shoot and today’s release of the resulting pictures. Thursday’s “House of Z” screening will be followed by one in Los Angeles on the 19th. Posen will attend the Emmys on Sept. 17 (“Project Runway” earned five nominations), two days after the Crystal Ball charity event at Neiman Marcus in Dallas, one with a newfangled fashion twist: its 65-exit show will combine looks from fall, currently in store; resort, soon to be in store, and spring, which will be available for order there. “It’s so smart of Ken Downing,” Posen observes. “Having that kind of retail partnership today is essential.” In addition, he’s been readying his Zac Zac Posen and Brooks Brothers collections, also opening this week.

That’s just the first three weeks of September. Posen continues to perfect an expansive wardrobe for Delta Airlines employees, making its debut in May. He designed the in-flight uniforms and advised on changes for “below the wing” staff, a project that required shadowing at several positions. If that weren’t enough, his book, “Cooking With Zac: Recipes for Rustic to Refined,” is due out in October from Rodale. The lavishly illustrated affair features more than 100 recipes, as well as Posen’s musings on his relationship with food. Its structure follows the ready-to-wear seasons. “That’s our fashion tie-in,” he says.

As Posen sees it, it all ties in, and ultimately nurtures his milieu’s primary purpose. “The role of fashion is to make people dream,” he says. “You want to intrigue and seduce people to want to enter into your world and to be elevated. Optimism is more important than ever today. It’s essential. In a world with so many uncertainties, it’s important to have that moment of escapism, of the dream.”