The designer spoke for about an hour to a packed room, and was honest, open and sometimes self-effacing. 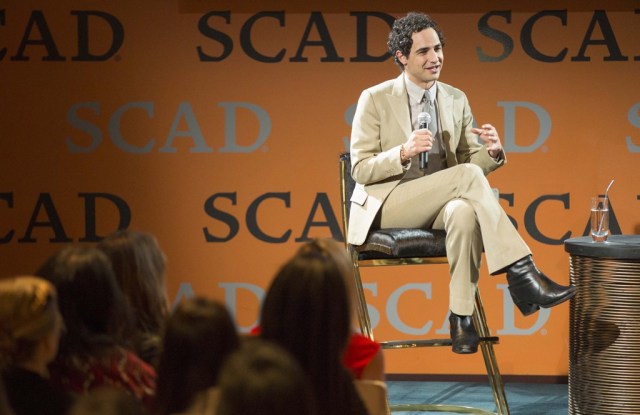 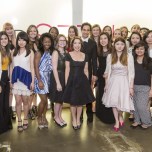 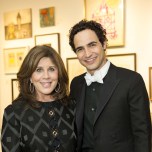 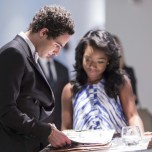 ATLANTA — Zac Posen charmed Savannah College of Art and Design Atlanta students and fans on Wednesday afternoon as he talked about how he got started, his challenges and other facets of his fashion life in an interview with WWD senior fashion features editor Jessica Iredale.

Posen was in town as honorary chair for the SCAD Seen Gala scholarship fund-raising event, held Wednesday evening. The designer spoke for about an hour to a packed room, and was honest, open and sometimes self-effacing. When asked how he got into fashion, he answered, “I didn’t know what I was doing. I was inventing as I went along.”

Perhaps, but his talent emerged early. He started his first internship with Nicole Miller while he was a sophomore in high school at St. Ann’s School in Brooklyn, and at 16 enrolled in the pre-graduate program at Parsons School of Design. He recalled how he did whatever was needed at Nicole Miller but mostly “would sketch all day,” Posen said. “She thought I was out of my mind.”

After attending the Central Saint Martins College of Art and Design in London, he returned to New York in 2001 after 9/11. He set up his business on $10,000 and lived in his parents’ living room. “But then it was time to take an investment, and I found one day, on the red carpet, Puff Daddy. I asked him to make music for a show of mine. He took me under his wing and invested in the company. He’s been incredibly supportive and generous.

“I never design with the red carpet in mind,” he went on, “but my love of the red carpet is my love of being around other creative people, including actors. It has a serious impact on the business. People order multiple times. My first was Natalie Portman, and we had two or three reorders on that dress.”

He told how, when he first showed his line in Paris for spring 2011, he had mixed reviews. “WWD destroyed me. It was really hard. We were going through a challenging time in the company, so I stepped back for a year and looked at what I was doing.”

Now his business is diverse with his Zac Posen Collection, Truly Zac Posen (for David’s Bridal) and Zac Zac Posen. He’s also a judge on “Project Runway,” which he said gives designers the opportunity to show who they are to people in 20 countries. “In 2014, you have to be on every platform,” he noted. “You have to understand the best way to be yourself and sell your component.”

Answering one student’s question about the business, he said, “It’s still hard every day but that’s life. You’ll never be rich enough or famous enough or a good enough writer, and then you need to come to a place where it’s not perfect. You have to have a vision and keep working toward that.”