Zadrian Smith, Sarah Edmiston Come Together as Stylists and Forces of Change

The London-based duo is merging their editorial and VIP dressing projects and looking to inject more intellect, kindness and activist messages into styling.

LONDON — How to find meaning in work, as a fashion professional, at a time of global political unrest and social injustice?

Stylists Zadrian Smith and Sarah Edmiston have been grappling with such questions for months, until they met at a listening circle hosted by Smith in the wake of George Floyd’s murder.

They found common ground in advocating for human rights, in spirituality — and their mutual ability to be vulnerable and have the uncomfortable conversations.

That’s why they are forming a new partnership as stylists, but also as change agents, determined to push the fashion industry’s diversity agenda forward and hold brands, corporations — and themselves — accountable, along the way.

By joining forces, Smith and Edmiston are looking to create a movement as much as a styling business. That’s why they’ll be hosting listening circles and joining diversity boards, as well as merging their editorial projects, celebrity and private client dressing.

They are already off to a strong start: They were behind the actress Naama Preis’ Chanel haute couture and Alberta Ferretti looks at the Venice Film Festival last week. They are also shooting their first joint editorial with Misan Harriman, a friend of the duo and the first Black male photographer to shoot a British Vogue cover.

Styling is a field where both Smith and Edmiston were already thriving: Between them they’ve worked with the likes of Naomi Scott, Princess Eugenie, Patrick Gibson, Winnie Harlow, Asante Blackk and Nadine Leopold. 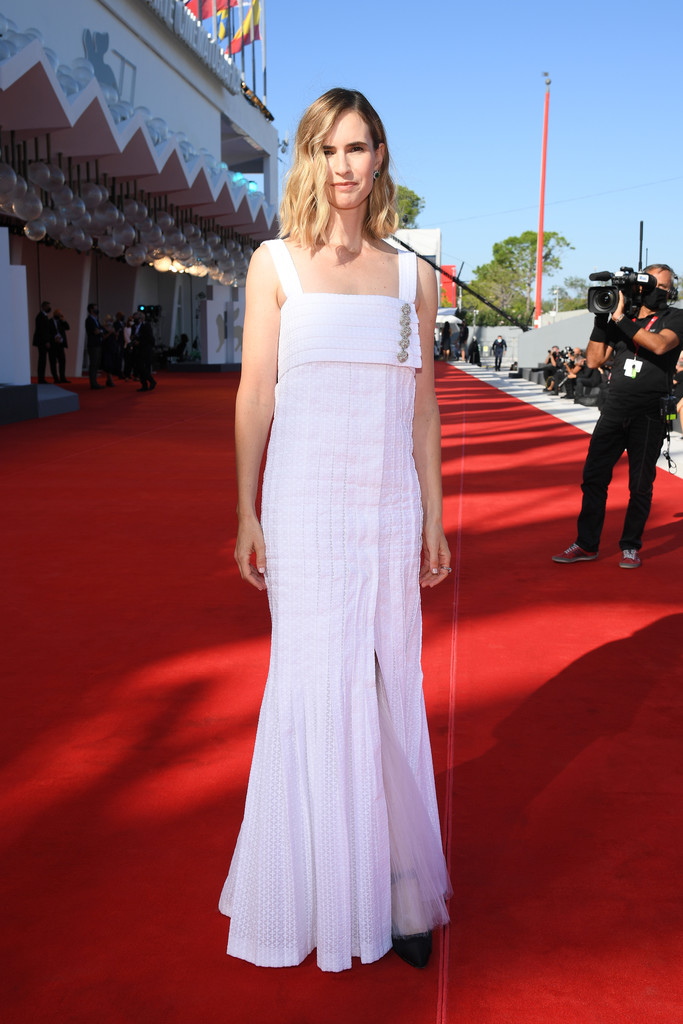 Forming a partnership has led to new opportunities to expand their clientele and to double down on their mission of collaborating and using their platform as stylists as a force for good.

“What we want to do is to work with clients who are not just concerned about putting on a pretty dress, and with publications that are not just concerned with putting a model on a cover. I really want people who have a sense of humanity in what they’re doing, whether that be working with an amazing Olympic gold medalist who is partnering with brands and giving back to the community, or a brand who’s committing a part of their sales to a diversity council,” Smith said.

“For me, that’s the only way I’m going to be able to work in this space and feel that I’m not compromising my morals and my values just to be a part of the cool gang. We’re trying to be more of a movement.”

Edmiston also spoke of the importance of making a client’s personality the focal point. As far as she is concerned, fashion should just be used as a tool to help lift a client up and make them feel more “seen.”

“We really want to bring a lot more humanity and kindness to the work, and also more of an intellectual grasp.”

“We both built our reputation on having an unusual and very curated client list; we’re not in it for personal notoriety or the dinners and the parties, so for us it’s about really drawing on a client’s sense of style and authentic way of being. Our big thing is that all our clients can sit on the front row beside each other and you will never know that they’ve been dressed by the same team. The triumph is not people saying ‘Zadrian and Sarah did such a great job,’ the triumph is someone looking at them and saying they look like themselves,” Edmiston said.

“It’s not for everyone, and that’s perfectly fine, but I think it is what a lot of people, a lot of publicists and a lot of talents want, especially after everything that’s happened.”

The duo will be represented by The Wall Group. Even though it has previously been called out for a lack of diversity in the talent it represents, the group’s willingness to have open conversations about its shortcomings and work toward improving drew Smith and Edmiston to the agency. 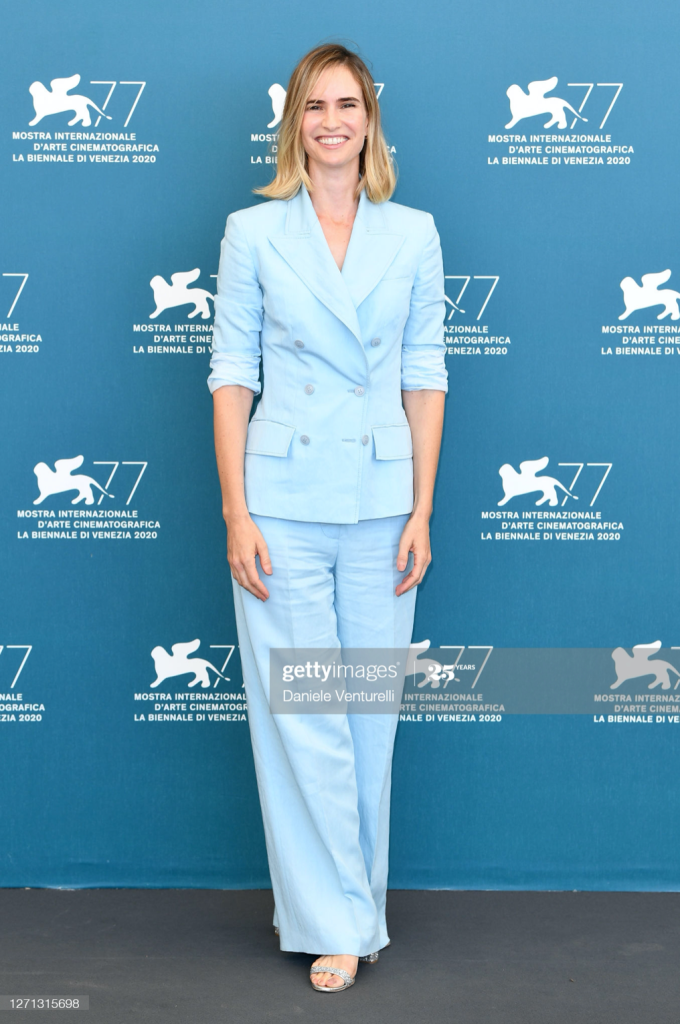 “We had a really honest dialogue and it was great to see the group saying, ‘We have a lot of power, let’s pull up our sleeves and make changes,'” Smith said.

The duo is looking to have many more of those honest dialogues in the future and open them up to bigger audiences, too.

“We have really been thinking about how we exist outside of the fashion and entertainment world, and that’s going to be through us working on other initiatives that are really important,” said Smith, pointing to a series of talks he is hosting with Edmiston at West London’s members club Laylow discussing race, spirituality, politics and gender.

The first event, which will center on the topic of race, is set to take place on Sept. 16.

“The entire world is in a space of wanting to have a dialogue on different topics and issues. Even if the truth can be trouble, I think the only way we will be able to put the agenda forward, break through and make some changes is by having these dialogues,” he added.

The idea of the events is to hold space for people to talk freely — even if the topics are sensitive and there’s a risk of getting it wrong.

“His ability to hold space is Zadrian’s great gift, that’s how we connected. We’re both tired of the same things, and we’re OK with getting it wrong sometimes. At least we’re having the conversation and we’re holding up some values,” said Edmiston, who, like Smith, has been vocal about the industry’s diversity issues and wants to keep the conversation going as an ally.

“There’s not really any high-profile Irish people at the top of the chain in fashion and or across the board in luxury, in interiors and hotels. There’s no high-profile Irish designers, [publicists], anything. When I got to London 20 years ago now, it felt really prohibitive, I didn’t have the right surname, hadn’t gone to the public schools that the publications recognized, and it was really difficult,” she said of her own experience in the industry.

She has since built an impressive portfolio dressing both celebrities and royalty, but has kept a low profile, avoiding party-hopping or touting her achievements online.

Together, Smith and Edmiston have also been participating in the British Fashion Council’s diversity roundtables, while Smith has joined the Fashion Minority Alliance.

“This is an alliance that is founded by Black people, so they understand the struggle. There’s an energy, there’s a zest that I think is going to push things forward and we’re going to see some results,” Smith said.

He added that it was important to have people of color spearheading a company’s or an organization’s diversity agenda and talking about their experiences first hand.

“I am concerned about any organization that is led by people who are not minorities trying to make change in the space of minorities. I think it’s very problematic when someone who is not a minority tries to speak to the struggle of minorities, you simply can’t, and you should not try to do that because you’re always going to fall short.”

With regard to the industry changes they want to see moving forward, Smith said the future is about grassroots change across every aspect of the industry, not just models walking on the runway.

Edmiston added: “This idea of putting a minority on the runway to fulfill that 2 percent representation in the models that you use, but then not actually hiring people from minority communities, can no longer work. The same with using trans models, but not lending clothes to stylists dressing trans artists.”

She said there should be a conversation “around this sort of public using of people on the runway to tick your boxes for a brand’s agenda, but actually not really doing anything when it comes to lending, to actual inclusion in a day-to-day way.”

That’s why the duo will be choosing the brands they partner with by looking far beyond aesthetics or a cool factor.

“Everyone’s starting with a clean slate; we’re giving everyone a new opportunity, a new day. But I know we wouldn’t be comfortable working with a brand or a fashion house which hasn’t actually taken the steps to be an agent of change or tried to improve the landscape,” Smith said. “The biggest crime that can happen now is [having] people in positions of power who are still not doing anything to change.”