Where do zero-waste designers go when they’re out of patience with the traditional fashion calendar?

They forgo fashion weeks and opt for comedy, in Daniel Silverstein’s case.

“I am a fashion-tainer; it’s a hybrid of entertainment and fashion. I’m calling this series a collection, but it’s not all clothing,” Silverstein said. While, technically, there will be 10 looks, it will be a combination of virtual and digital fashion, as well as content. “It’s 2020, the world has changed, I don’t care what you do you’re a full-time content creator,” said Silverstein, who shared of his excitement in making his first viral TikTok, which recently hit 1 million views and showed users a glimpse into his design process, sorting out threads, pins and scraps for reuse.

The label is known for signature patchwork designs and mosaic details designed entirely of waste material. Silverstein is known for doing things his own way before it’s deemed “fashionable.” 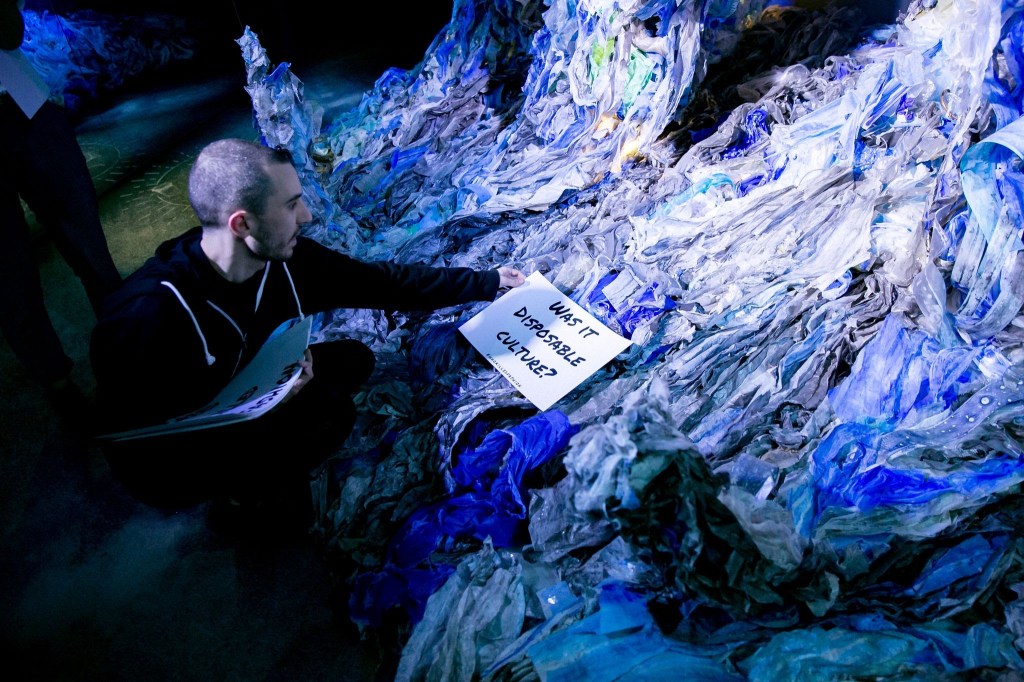 Silverstein arranging details for his immersive comedy show held at Arcadia Earth this past February.  Courtesy

While it will be his fifth show, it’s the first time Silverstein is taking it to a digital format.

The show will be hosted via Zoom on Sept. 30 with tickets available for purchase via Zerowastedaniel.com. Following a post-show question and answer segment, clothing will be available to buy with the entire collection being produced through 2021.

Prior to the show announcement, Silverstein published an open letter detailing some of his struggles within the American fashion system, confronting consumerism and ideals of success. In his letter, he asked: “How do you feed people who are full?,” answering “You don’t. You entertain them.”

Silverstein’s aim with the digital comedy show is to do just that, as well as to create inspiration and a “whole language” around sustainability.

“Right now, this fashion week is a watershed moment in the fashion industry. One of the things we really need to do as a city, as consumers — people need to start thinking outside of how things work right now. The addiction to convenience and cheaper goods is the problem,” Silverstein said.

Cue a new guard of content-subscription platforms, like San Francisco-based Patreon or London-based OnlyFans, which are opening up reliable income streams for artists and creators.

It’s a business model designers like Silverstein are interested in replicating, at least in some ways, as they continue to forge positive change in their communities and identify new, meaningful partnerships.

“As I was writing the show I was considering calling it OnlyFans whether it’s content, clothing or painting or writing,” Silverstein said. “This content that I’m producing is for anyone who wants it but you can’t just have it. You have to buy it.”

Having, as he noted, “already been on the hamster wheel of fashion for over a decade,” Silverstein has been experimenting with other unconventional means to engage his customers.

Pre-pandemic, the designer participated in ReFashion Week which also played host to Depop, Heron Preston and Eileen Fisher in February. The annual event is put on by New York City’s Department of Sanitation, or DSNY, to encourage participation in clothing recycling and mending, and even included an upcycled fashion show as finale. The attendee base is largely comprised of Gen Z consumers.

Since the pandemic, reality has set in with budget cuts totaling $106 million to DSNY alone, jeopardizing the city’s 2030 zero-waste visions. Still, Silverstein remains optimistic about what’s ahead.

He is working on pulling together different entrepreneurs in the sustainability space and igniting positive change with an editorial planned to seed the right kind of (read: more offbeat) influencers in their respective communities, including a solar technologist in the product design space, restauranteur and textile recycler, much like the cross-disciplinary set at ReFashion Week.

“Next in fashion, we have a different time to design for,” Silverstein said. “We really moved the needle socially speaking. The Lizzos and Billie Eilishes, ‘Pose’ on FX — there’s so much access to culture that we didn’t always have. Culture at many times has felt white-washed and exclusionary. We all need to lean into [individual creativity], which is going to be more celebrated in the future.” 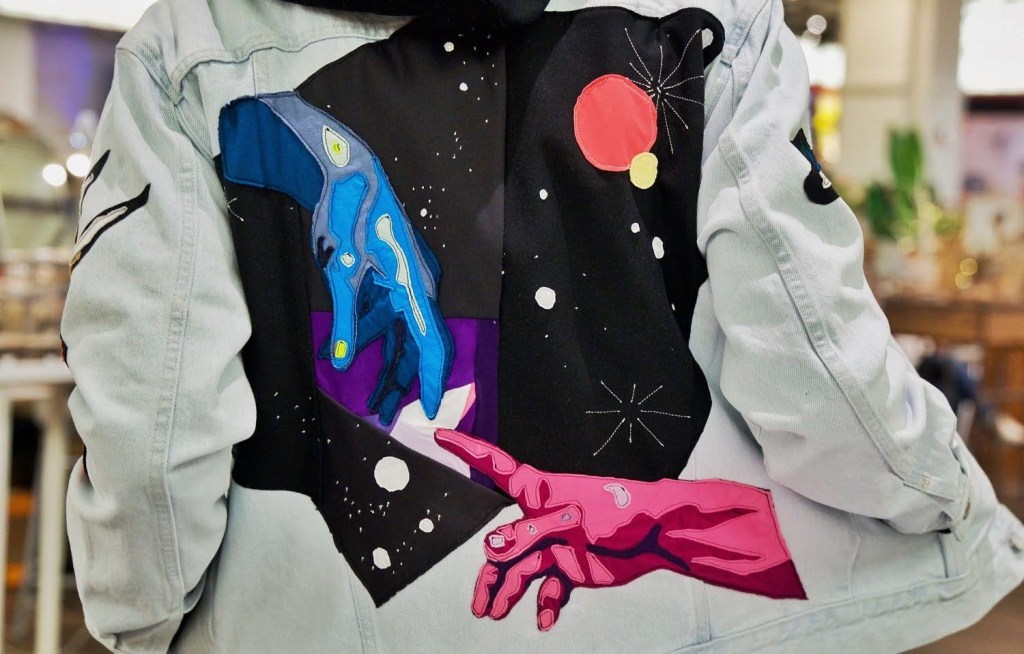 Closeup of Zero Waste Daniel signature style on a jacket.